If you ever doubted that computational photography was the new big thing in smartphones, the Pixel 5 will settle that conclusively, but iPhone users shouldn’t feel left out by one of the new Android phone’s flagship camera features. Portrait Light allows you to take images that have depth data – like the faux-bokeh shots most recent phones can capture – and add extra illumination as though you had a pro-style lighting rig on hand.

It’s impressively easy to use, too. Open the image up for editing, scroll across to the Portrait Lighting setting, and you can drag around a virtual lamp. It’s not just brightening the scene generally, but using the depth data to figure out how that light will fall across your features.

Portrait Light is an excellent example of computational photography at work. What I particularly like about it, is that it can be used on existing photos already in your library. Tapping back through Portrait mode selfies in Google Photos, I was able to edit shots taken on previous generations of Pixel, for example. Eventually, Google plans to roll the feature out to many of those older Pixel phones, too. 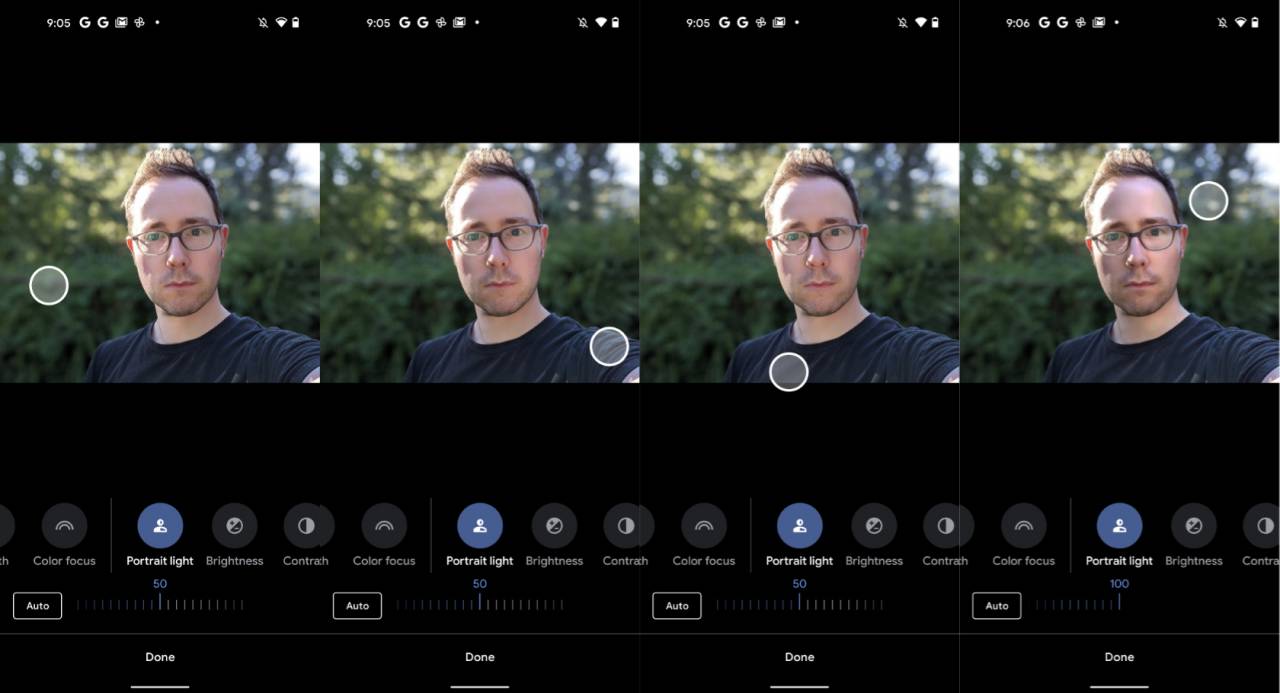 Apple didn’t have a comparable feature to announce at its big iPhone 12 event yesterday, but that doesn’t mean iOS users are out of luck. Indeed, I’ve had Portrait Light-style editing abilities on the iPhone for some time now, courtesy of a third-party app called Apollo.

Launched in 2018, Apollo basically does what the Pixel 5 is capable of, only supercharged. The downside is that, unlike the Android feature, it’ll cost you: $2.99 from the App Store.

Apollo does have some significant advantages over Portrait Light that make it worth the expense, however. For a start, it works on more images. Google’s Portrait Light option only shows up on photos of people, which is fine except I probably have four times as many portrait shots of my cat than I do of humans. Apollo will work on any image with depth data, whether that’s your pet, inanimate objects, or your own face. 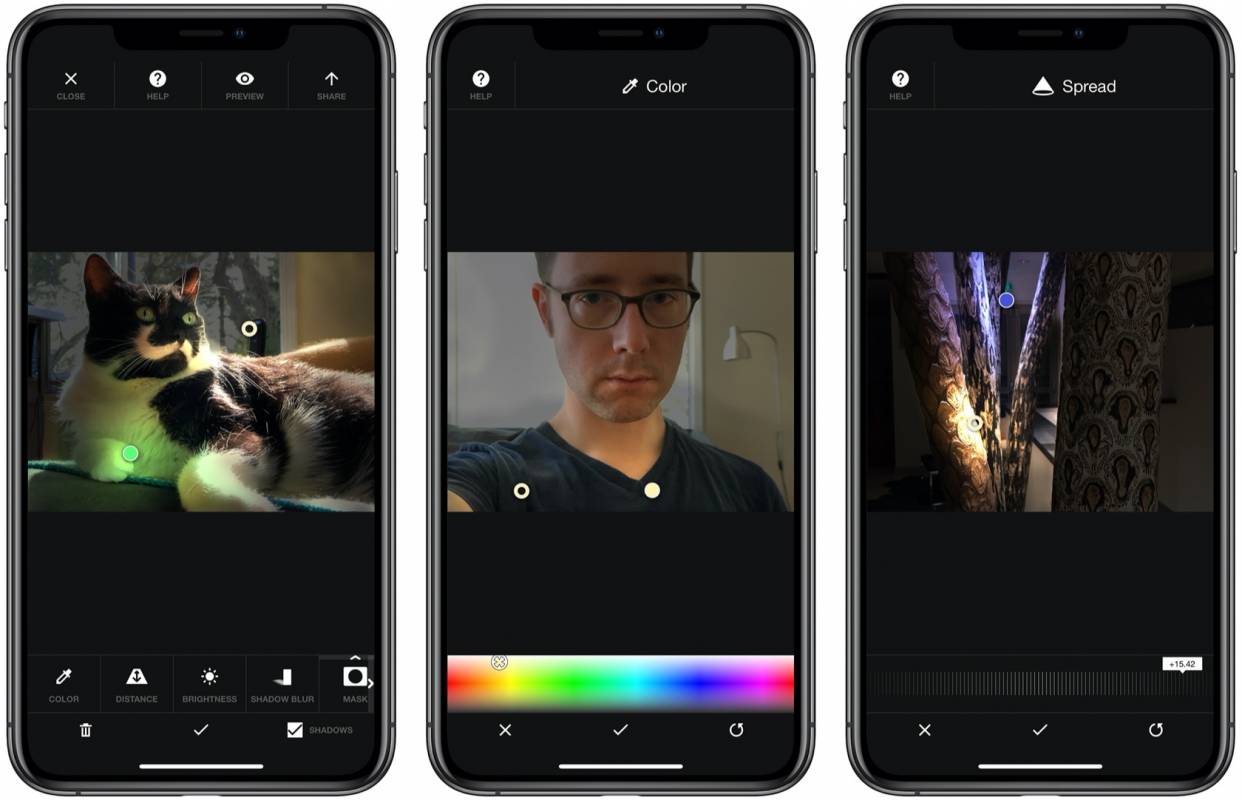 The array of lighting setting is also far, far more granular in the iOS app. Unlike the single lighting source in Google’s version, Apollo supports multiple light sources. You can individually adjust their position, brightness, color, and spread, too.

Combined with tweaks of the background, and you can create anything from a more flattering selfie that disguises your pandemic-double-chin, through to a surrealist pseudo-nightmare.

Sometimes, it’s only fair to admit, both Portrait Light and Apollo don’t quite do what you expect them to. Occasionally that’s down to less-than-perfect segmentation between objects at different depths; other times the depth data itself just seems screwy, and shadows aren’t cast the way you’d expect them to be in real life. Nonetheless it’s another fun tool to have in your photo-editing toolbox, and the fact you can do all this on a smartphone only underscores just how much phone-makers are gunning for DSLRs.