It would appear that the iPhone 8 Plus may have a manufacturing problem on its hands – maybe, possibly. Two and possibly three separate events seem to have appeared in which the iPhone 8 Plus’s display has popped up from its sides. Sort of like a warped piece of wood popping up from a outdoor deck, or a plastic tupperware container filled with to the brim with corn kernels and placed in a microwave. Something’s got to give.

Several things could be happening with the devices (2 or 3 so far) that’ve appeared with dis-lodged and/or un-glued display panels. It’s generally supposed that these devices have suffered from sort of battery-related issue, one in which the battery expands, punching the front panel out from the rest of the device’s body. The other possibility is that there is some other, as yet unknown manufacturing mishap going on here that makes the front panel pop up and out.

There’s also the possibility that these devices were opened and modified by their owners to gain media attention – but we’ll see. There seems to be at least two different devices out there with the same issue, and it’s possible (however unlikely) that there’s also a third.

One of the two clearly differentiated devices comes from Japan. There, まごころ (Twitter user @Magokoro0511) suggests that his iPhone 8 Plus was “already swollen” when he opened the box. This would indicate that there’d more likely be a manufacturing issue than anything related to in-progress charging.

Below you’ll see another tweet from the same user in Japan (screenshot and image separate). In this set of photos (Tweeted one day after the images above), the user suggests that the iPhone 8 Plus has “swollen” more overnight. In at least one of the images, it’s quite plain to see that the battery is the reason for the front of the device’s movement upward and away from the back. 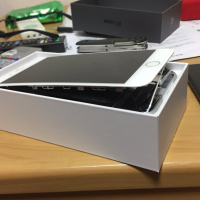 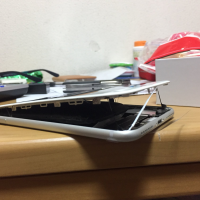 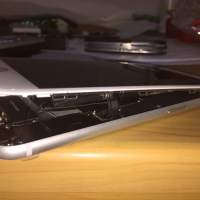 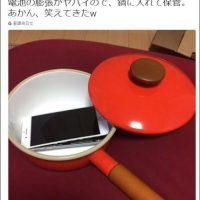 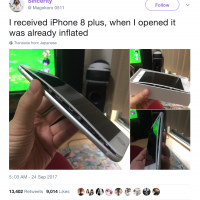 The user まごころ also apparently put the device in a pot as the battery continued to expand. No word yet on if the device actually did go beyond battery expansion.

The first Tweet was discovered by The Next Web, who also point to iFeng (Phoenix Technology) in China. That publication shows photos and a video of a 64GB Rose Gold iPhone 8 Plus which seems to have the same problem as the unit above. 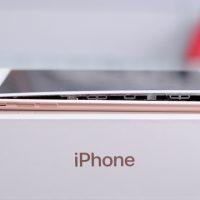 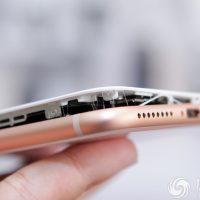 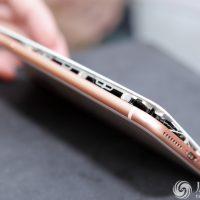 The Rose Gold unit was shown by a carrier who apparently collected the phone from a woman who purchased the phone recently (probably on launch day). Phoenix reported that this unit was sent back to Apple for further analysis. 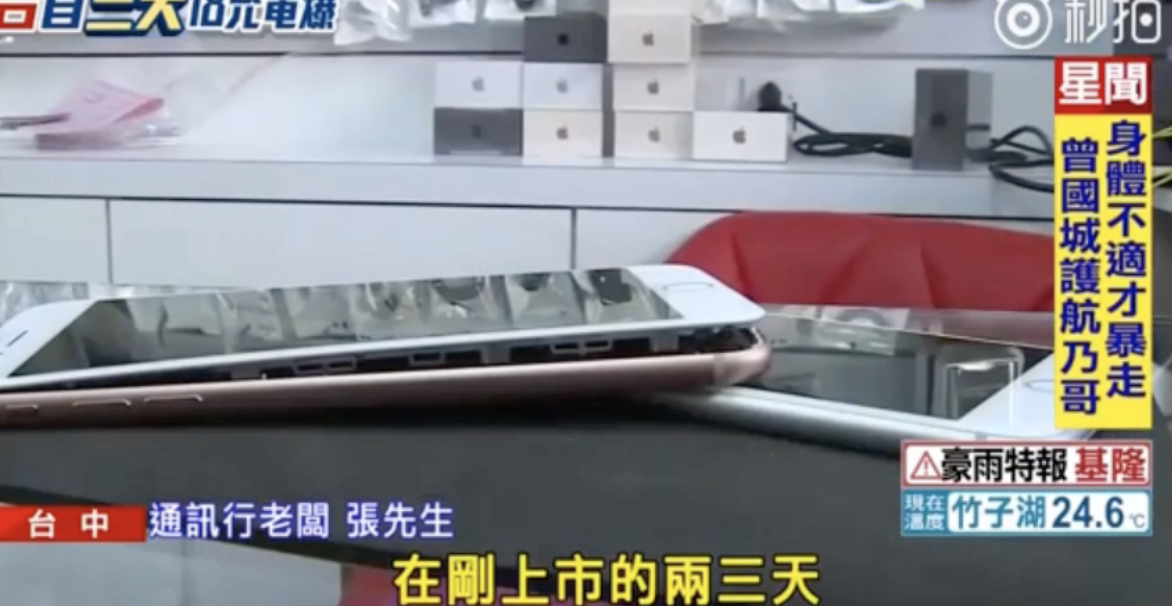 There’s also a report coming from Sina which may be the same device, but might also be a separate incident. This report is also coming from Taiwan, and also involves a woman charging her phone, so chances are it’s one in the same as the report above. 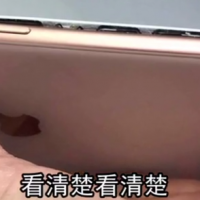 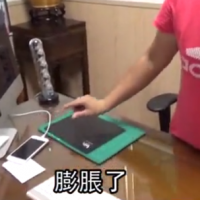 These incidents do not yet seem to be indicative of a trend. They’ve both been reported independent of one another, but since they’re the only two of millions of iPhone 8 units already out in the wild, this is most likely an extremely, extremely rare manufacturing error. Maybe a tiny poke in the wrong part of the battery, or something along those lines.

If you find that your iPhone 8 or iPhone 8 Plus is expanding, place the device in a safe area (away from anything flammable) and contact Apple immediately. Don’t Tweet about it first, Tweet about it while you wait for Apple to come retrieve it – if that’s what they end up doing. That is to say IF there happen to be any other devices that are expanding because of a battery defect.

OF NOTE: There have been no reliable reports of any sort of fire or explosions happening as yet. If we hear anything (or see anything) we’ll let you know right here!