iPhone 7 shows off its backside in leaked image

We may be one step closer to figuring out what the iPhone 7 will look like, as a new leaked image apparently shows off the rear housing of what will be Apple‘s latest and (presumably) greatest. While there have been many leaks surrounding the iPhone 7, this image shows us what might be a fully assembled device. The only problem is that whoever snapped the picture didn’t flip the phone around to give us a look at the front.

That’s okay, though, because there’s still plenty to glean from an image of the iPhone 7’s backside. The phone itself looks quite similar to the iPhone 6 and 6s, with a few key differences. For starters, the camera lens on the iPhone 7 seems to be quite a bit bigger than that of its predecessors, and even though it’s not completely flush with the device, it does seem as if it will result in less of a “camera bump” this time around. The iPhone 6 and its competitor, the Galaxy S6, were both criticized for their camera bumps upon launch. Samsung went a long way toward fixing the issue with the release of the Galaxy S7, and Apple might be looking to do the same with the iPhone 7. 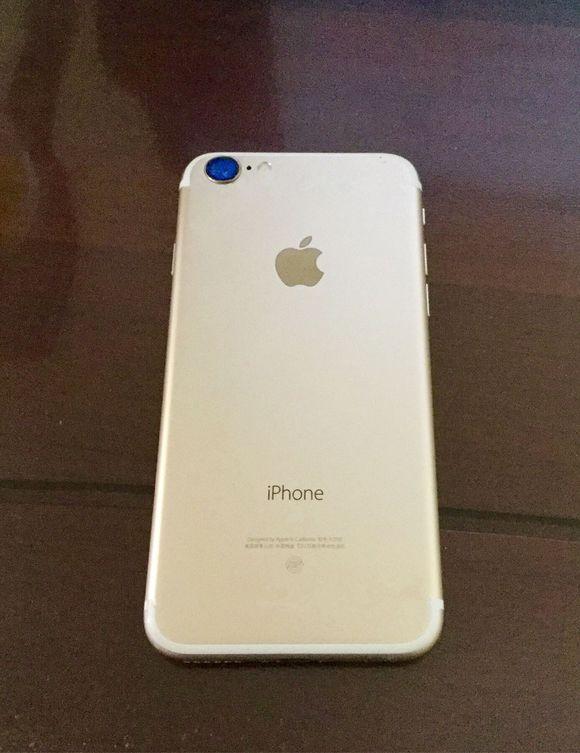 Also of note is the fact that Apple has changed the layout of the antenna. Instead of taking the antenna across the back of the device like it did with the iPhone 6, it would seem that Apple has opted for a design that keeps the antenna on the sides. Finally, even though it’s difficult to see from the angle of the picture, it appears that the phone is indeed lacking a headphone jack, matching the long-running rumors that claimed as much about the iPhone 7.

The image in question hails from China, where iPhone 7 production should be underway at Foxconn’s manufacturing facilities. Obviously, it’s best to take all of these rumors with a grain of salt, as nothing is set in stone until Apple reveals official details about the new iPhone. Those details should be coming sometime near the beginning of September, so those anxious for an official reveal shouldn’t have much longer to wait. Stay tuned.