We’re practically just hours away from the iPhone 7’s debut. Bets have been placed, crystal balls have been polished, and seances have been conducted. But so close to the final hour, we come across yet another piece of info. Though small, it’s just too good to pass up. According to a benchmark sighted on Geekbench, the iPhone 7 will have a single-core score of 3379 and a multi-core score of 5495. Of course, that is an improvement over the current titleholder, the iPhone 6s Plus. But, apparently, those scores also trump that of the gigantic 12.9-inch iPad Pro.

The iPhone 7 is expected to be powered by a totally new A10 chip and will have 2 GB of RAM like the iPhone 6s generation. The iPhone 7 Plus, on the other hand, is rumored to get 3 GB of RAM with the same processor. But when you consider that the iPad Pro has 4 GB of RAM, you can pretty much understand the wonder at the performance jump from the A9X in the tablet to the new A10 chip. 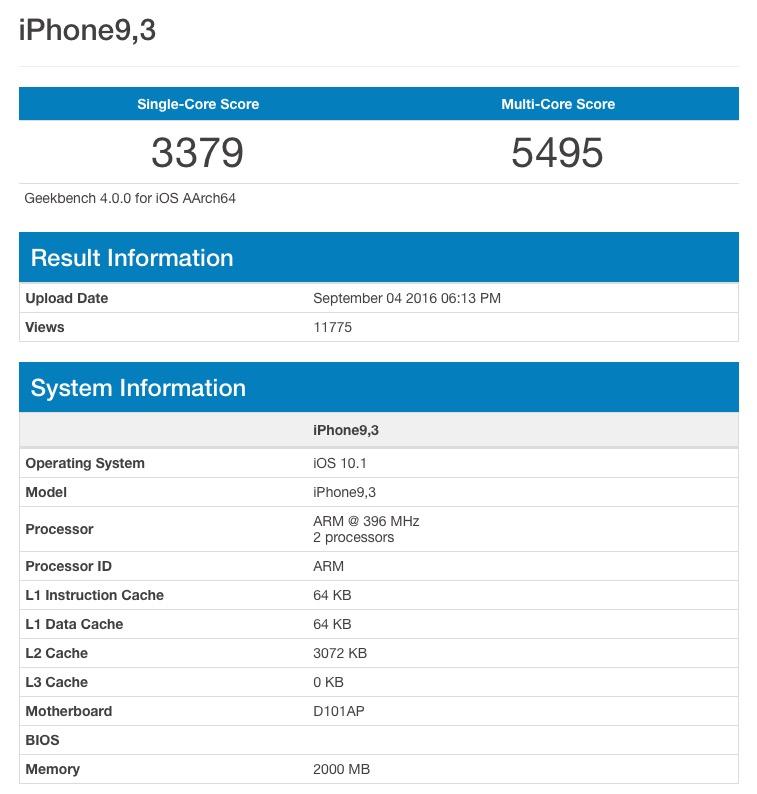 Apple is not one to spew technical gobbledygook during its keynotes, so we are unlikely to hear about A10 details until after the new iPhone 7 has been taken apart. That said, being its own design, it won’t be surprising to discover Apple’s magic touch in squeezing out every bit of juice from its hardware. It does, however, just makes the iPad Pro slightly embarrassing in the regard. Good thing the iPhone 7 won’t have Apple Pencil support. Or will it?

Of course, even if it’s from a reputable site like Geekbench, there is no assurance of the veracity of this, as far more elaborate frauds have been enacted in the past. If it does turn out to be true, then the iPhone 7 might turn out to be quite a fascinating beast after all.