iPhone 6 tipped to team with iPhone 5S inside 2013

The iPhone 6 is just around the corner with the iPhone 5S tagging along with it, both of these devices claimed by a Chinese blogging site’s “inside source.” This source spoke this morning on Sina Tech of two new models, one of them an upgraded (yet largely similar) iPhone 5 unit with the all-to-familiar “S” attached to its end. The other has been called the iPhone 6 and has been claimed to be coming with between a 4.8 and a 5-inch display, “based on visual inspection.”

This fellow goes by the name Old Yao and has claimed that his own source is a “buddy” of his, he speaking with an Apple vendor with eyes on two new Apple phones set to be released within the year. With the iPhone 5S it would appear that users will be getting a device with upgraded innards on the whole. This upgrade should be quite similar to the updated bits and pieces we saw between the iPhone 4 and the iPhone 4S. 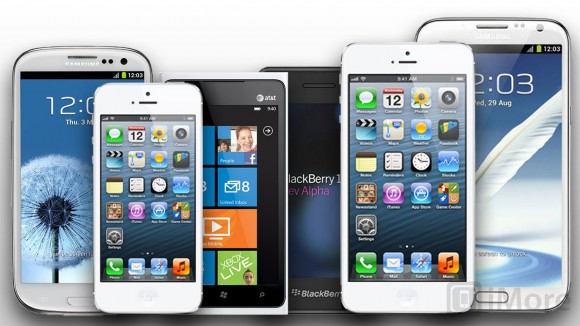 With the iPhone 6, the display is said to not only be larger, it’s specifically claimed in a note to be 4.8 inches in size or 5 inches in size. The image you see above comes from iMore where writer/illustrator Rene Richie has mocked up what the iPhone 6 might look like compared with a collection of popular devices. You’ll see the Samsung Galaxy S III, iPhone 5, Nokia Lumia 900, BlackBerry Dev Alpha, and Samsung Galaxy Note II. As you can see, it’s been generally accepted thus far that the iPhone 6 will have essentially the same amount of pixels as the iPhone 5, just spread out a bit more as it is with the iPad mini compared with the iPad 2.

With the iPhone 6 we’re also seeing claims from Old Yao that hardware will be wider, longer, thinner, and lighter. Strangely it does seem that he was invited to share this information with the public just so long as he did not take photographs of the devices. Be sure to coat the inside of your daily dose of iPhone 6 news today with salt, salt, and a bit more salt.