Only a couple days ago we saw some details on the iPhone 6 surface in the form of some images of molds claimed to be used in making the smartphone and some schematics that show the next iPhone. This week another iPhone 6 leak has surfaced with what appear to be the same or similar molds that are expected to be used in the next iPhone model.

The big difference between that first mold leak and this one is that this time out we have the image of an iPhone 4S superimposed to give us an idea of the size. The person posting these leaked images says that this is a mold that could be used in the machining of the smartphone or for something to do with making boxes. It’s unclear exactly what these molds will be for, but I can’t see it being for making shipping boxes for the phone if that is what the source thinks. 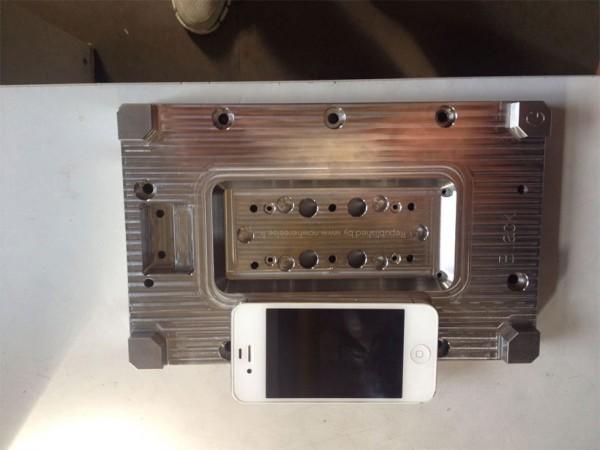 Some assumptions are made that the phone made using these molds will be the dimensions of the upper portion of the mold, which tapers to be slightly smaller in the bottom of the mold. That makes sense and if we assume that to be correct, the device would measure about 138mm long ad 64mm wide.

Those measurements would give the iPhone 6 a screen of 4.7-inches wide. Rumors continue to suggest that there will be two different screen sizes introduced with the next generation iPhone. The base of the mold is estimated to be 123mm long x 58mm wide.