This week the keepers of the patent applications in the United States have let loose Apple’s “Super-resolution.” This bit of technology works with OIS, or Optical Image Stabilization, which will be integrated in a future iPhone – so we suspect – with a new “Super Resolution Mode.”

This release would be integrated within the standard iOS software, inside the iPhone 6’s camera app. It’s not entirely clear at the moment whether this software will be ready in time for the initial release of the iPhone 6, but Apple certainly does appear to be preparing to release it at some point.

Inside the patent is Apple’s own unique form of OIS. With Optical Image Stabilization, brands like LG (with the LG G2), and HTC (with the HTC One (M8), have been holding their own above the iPhone 5s. Not holding their own with superior image quality in all cases, but certainly in branding efforts.

So what happens when Apple is also able to push their own OIS? Do you think they’ll suggest that they’ve got superior OIS to their competitors? 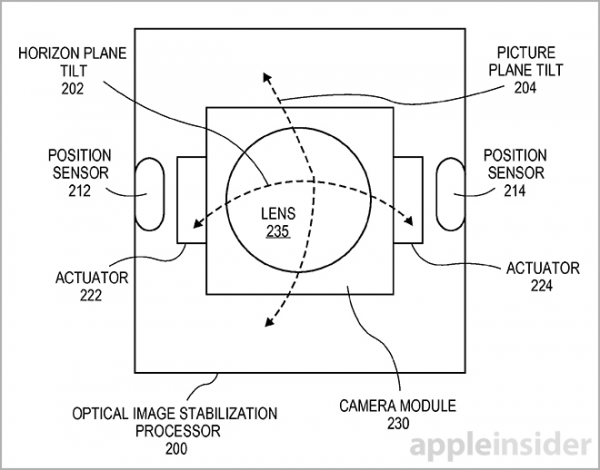 Instead it’s more likely Apple will release this bit of innovation as Super Resolution Mode, bringing on the heat with an enhanced iteration of what’s offered with HDR. High-dynamic range produces a vibrant image – this mode could produce a far finer image.

The image you’re seeing at the head of this article alongside the USPTO listing is from Sonny Dickson. You’ll find more detail on its first appearance in our iPhone 6 Dummy article earlier today.