The iPhone 6 is rumored to exist in two sizes: 4.7-inches and 5.5-inches. One of these — likely the smaller of the two — has reportedly surfaced in dummy form on a Japanese case maker’s website, which would be used by companies to prep cases for the upcoming handset.

Yesterday word surfaced that both the 4.7-inch and the 5.5-inch rumored versions are in the works, but that the latter of the two — the version most highly contested by some — might not launch at the same time as the 4.7-inch model, and that it could end up offering the same resolution to make things easier on developers. 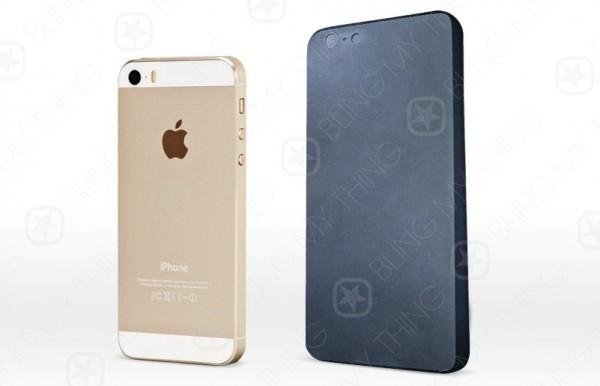 Among the rumored specs for the iPhone 6 is mention of a possible solar power charger integrated into the display, as well as humidity, temperature, and pressure sensors, support for 802.11ac WiFi, and a pixel density of 441 ppi, a jump over the current handset’s 326 ppi.

Some have questioned whether the purported dummy case is genuine, pointing to the top right corner where it seems there’s a mismatch between the backing and the edge piece. There’s not confirmation either way, but it is possible it shows what iPhone users can expect in the near future.