This week it’s become apparent that there’s a bit of a bug that’s affecting a select few iPhone 5 users that forums have been calling the “greyed wifi” issue. The issue rises up especially today as iOS 6.1 was released just yesterday without a specific mention of the issue, and though it is possible that Apple has worked on the reported bug, users continue to see it appear. Keeping in mind that there still may be user error in play here, folks, we’ve come across some rather wild fixes to this problem that you’ll have to make happen at your own risk – get ready for oddities!

As The Register notes, two of the stranger fixes have involved heat and/or cooling of the device – and this isn’t the first nor will it be the last time in this post that we warn you: these fixes are done of your own accord, and SlashGear does not assume any responsibility for you destroying or otherwise changing the way your iPhone functions (or stops functioning). That said, you may very well have wi-fi again very soon – have at it! 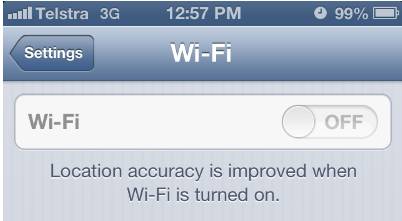 This heating fix requires that you heat up the area below the lens on the camera on the back of the device for a while (no time specified) and allow it to cool back down completely before you begin using the device once more. The image you see above is a replica of one posted in the Apple support forums by a user by the name of Ibrahim, showing the yellow area as the area you want to heat (with more caution than you can possibly muster) and the red marking the area you want to avoid completely. 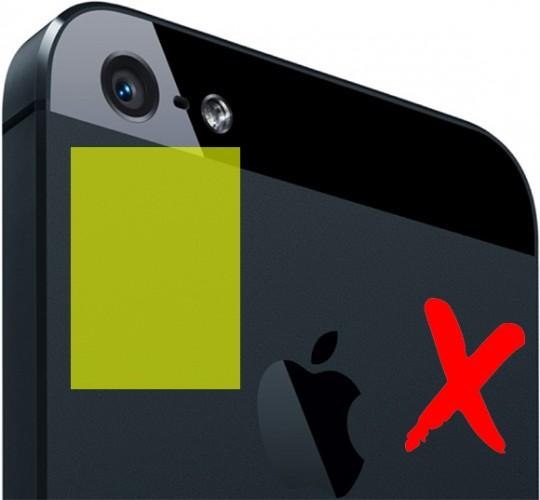 The other major fix for the device is simply wrapping your iPhone in a towel and putting it in the freezer. While there’s a much smaller chance in that case that your device will be busted than it would with the heat, there’s still some caution to be had – don’t expect an immediate fix, and do so at your own risk. This isn’t magic, and physical “fixes” for gadgets are often less helpful than they are full of breaking action.

Sound like a good couple of fixes to you? Both are dangerous enough that you’ll probably want to avoid using them and wait for a real fix from Apple. The major point here is that wifi, while some people end up skipping using it at this point altogether, is still a beast of a component for your modern smart devices, and it’s not going away any time soon – wireless forever!