Having formed one of Steve Jobs’ nine key points about the new iPhone 4 this past Monday, Apple’s Retina Display technology has been making headlines again today over claims that they are “false marketing”. Wired spoke to Dr. Raymond Soneira, president of DisplayMate Technologies, who disagreed with Apple’s suggestion that Retina Display, exceeded the “300 pixels per inch” quoted for an average eye. Soneira – though agreeing that the iPhone 4’s display was likely to be the best smartphone screen on the market – converted 20/12 angular resolution to the linear resolution of a display, and came up with a figure of 477 pixels per inch at 12-inches, significantly higher than the iPhone 4’s 326ppi. Since there are some big claims all round here, SlashGear spoke to Dr. William H.A. Beaudot, Ph.D. of Kybervision Consulting, a visual sciences expert with 20 years experience in the research and computer vision field. Dr. Beaudot told us that part of the confusion here is from the mistaken belief that 20/20 vision is “perfect”, but that even at higher limits of visual acuity, Apple’s claims still hold water.

For instance, despite popular thinking, normal visual acuity is not in fact 20/20 – the ability to discriminate two points separated by one-sixtieth of a degree (or 1 arc minute) – but, at its maximum, around 20/16 to 20/12. In fact 20/20 is at the lower limit of regular acuity. Taking that lower limit and working out the visual angle of 1 arc minute from a foot away gets you a roughly 89 micrometer dot, or 286.5dpi.

Dr. Soneira bases his calculations on the angular resolution of the eye being 50 cycles per degree (cpd), which in more familiar terms is 20/12; Dr Beaudot pointed out to us that this is pretty much the maximum theoretical resolution of the human eye. In terms of range, 20/20 vision is equivalent to 30 cpd. Based on holding your phone at the average distance – that is, around 18-inches away from your face – at 50 cpd the Retina Display’s 326ppi matches the visual acuity of the 20/12 eye. Dr Beaudot told us that Apple’s claims about Retina Display basically remain valid – in fact get stronger – for any viewing distances beyond 10-inches (and limited to a reasonable near reading distance, around 20-inches or arm-length). 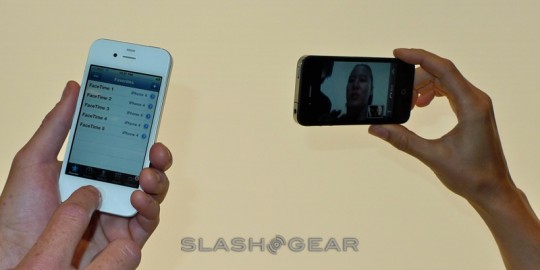 We asked Dr. Beaudot (who produced retina models used to make silicon retinas for computer vision and prosthetics, among other things) whether Retina Display was really as close to human retina resolution as Apple suggest, and he told us that “this is the closest thing ever done in display technology that matches [the eye’s resolution].” That resolution is naturally limited by the spacing between photoreceptors in the retina at its densest point, the fovea at the center, which can reach at most 60 cpd; the iPhone 4’s maximum 50 cpd at 18-inches is not far off that theoretical limit of the “perfect” eye.

Both experts agree that the iPhone 4’s display delivers the best visuals in a mobile device to-date; these new figures suggest you’d not just need 20/20 but also truly “perfect” vision to differentiate pixels in normal use. Every iPhone may come with 960 x 640 resolution, but every eye is different. In the end, the proof of the pudding is in the iPhone 4 experience; something we can ourselves confirm is incredibly impressive from our hands-on earlier this week.