Apple has announced what will soon be one of the most notable mobile smartphone cameras on the market with its newly unveiled iPhone 12 Pro. This model features, among many other things, a LiDAR scanner that opens the door to new possibilities far exceeding the capabilities of traditional cameras, enabling users to create AR experiences and more. The LiDAR Scanner is found on the iPhone 12 Pro and iPhone 12 Pro Max smartphone models.

Apple boasts that its new iPhone 12 Pro features ‘the world’s best pro camera,’ at least when it comes to smartphones. The camera has been updated for the iPhone 12 Pro, adding a new image signal processor working alongside the A14 Bionic, which itself powers computational photography — the same type of software-based mobile photography we’ve seen Google embrace for its Pixel models. 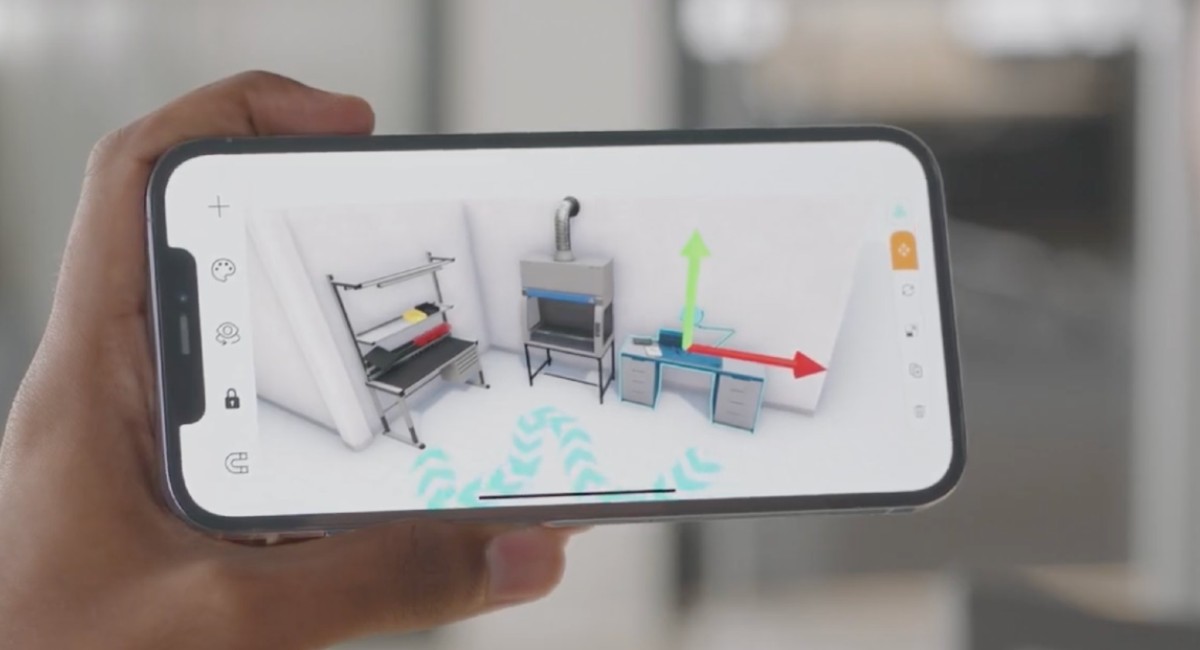 In addition, and what is largely good news to amateur and professional creators alike, is support for the new Apple ProRAW that will be released later this year, combining computational photography and multi-frame image processing to offer users ‘full creative control’ over every aspect of their images, including dynamic range, color, and detail — all from the iPhone itself.

The iPhone 12 Pro packs a notable wide-angle camera with a seven-element lens, F1.6 aperture (the fastest thus far offered on an iPhone), and what Apple claims is a 27-percent improvement in the quality of low-light videos and photos. The wide-angle lens is joined by an ultra-wide-angle lens featuring 120-degree viewing angles, as well as a 52mm telephoto lens with 4x optical zoom.

Perhaps one of the most exciting aspects of the iPhone 12 Pro’s photography capabilities, however, is the addition of a LiDAR Scanner, which is a sensor that can essentially measure the light distance between objects and the camera. This technology can be leveraged to improve the low-light image quality, a feature mentioned above, and is also a key aspect of AR experiences, which Apple has heavily focused on over the past couple of years.

In what ways will you utilize the iPhone 12 Pro? Apple notes that the LiDAR Scanner will be combined with the A14 Bionic’s Neural engine to enable portraits in Night Mode, which means the images will include a bokeh background effect despite the relative lack of light in the scene. Likewise, users can expect a variety of new augmented reality experiences made possible on the iPhone, boosting it to the level of the iPad Pro with LiDAR Scanner.