iPads lead the tablet renaissance amidst the pandemic

Not too long ago, many pundits have declared tablets to be dead. Not only did they fail to account for the unwavering strength of Apple’s iPads, especially the new breed of iPad Pros, they also never saw the COVID-19 coronavirus coming. Both factors have now contributed to a surge in tablet shipments across the world in the second quarter of the year, with the iPads leading the fray and almost giving credence to Apple’s hype about these slates being the next computers.

Canalys reports that 37.5 million tablets were shipped in Q2 2020, an impressive 26% year-on-year increase for a market segment long thought dead. The reasons for this surge are what you’d think, with more and more consumers reaching for these relatively more affordable devices for work, education, and, of course, leisure. Both retailers and carriers have even joined the game with offers and bundles that make these tablets, both plain slates and detachable 2-in-1s, even more affordable. 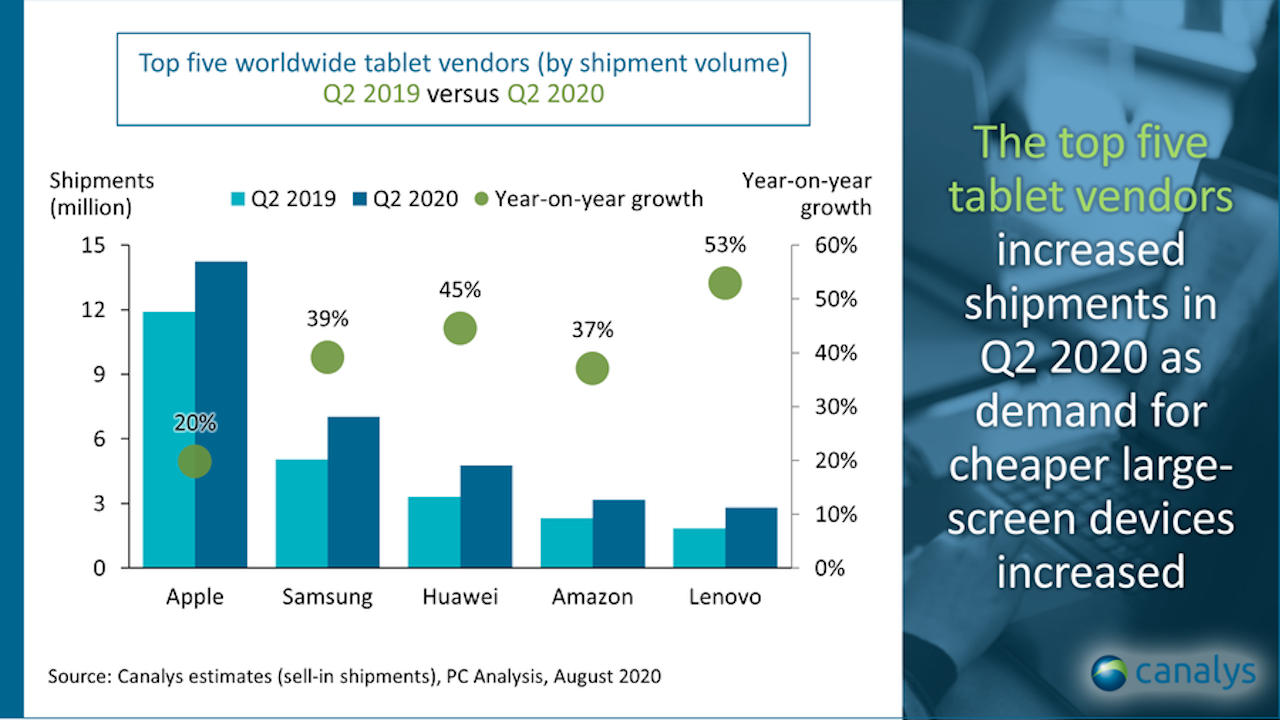 Apple’s iPads, amusingly lumped together under “tablet PCs”, have taken the lion’s share of that market at 38% by shipping more than 14.2 million units in the second quarter this year, up from last year’s 11.9 million. These numbers cover both the “regular” iPads as well as the more computer-like iPad Pros. Samsung takes the second spot but the market analyst doesn’t really distinguish between the Android, Chrome OS, and Windows tablets that the manufacturer sells.

The biggest winner last quarter is Lenovo, with a growth spurt of 52.9%, possibly thanks to having a recognizable brand. That said, the most surprising one is actually Huawei who, despite all odds, still managed a 44.5% bump in global tablet shipments. 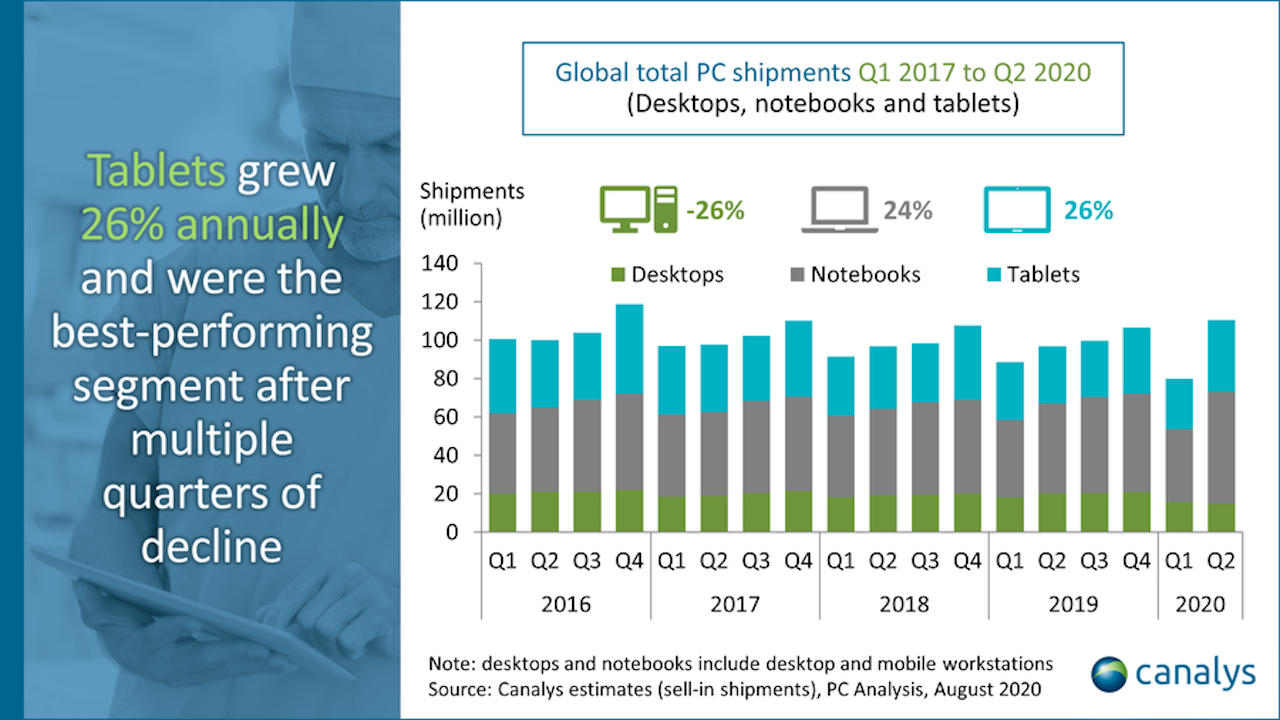 Thanks to tablet PCs (which, again, includes iPads in Canalys’ data), the global PC market finally got a break in the second quarter of 2020, up by 14% with 110.5 million shipments. Unlike with traditional PCs, including desktops, laptops, and “convertible” tablets, Canalys doesn’t seem to foresee tablet shipments dipping in the coming quarters, at least not yet.