iPadOS turned the iPad Pro into a proper computer: what it still needs

With the announcement of iPadOS, one of the biggest question that repeatedly comes up is whether the iPad, specifically the iPad Pro, is finally ready to be that new computer thing that Apple has been advertising. Better yet, is it finally ready to become the primary computer for most people? The answer, as you might have guessed, is a “yes, but”. More than that answer to that, however, what the combination of the iPad Pro and the new iPadOS has done is give people fewer reasons to bear with Windows and Android and more reasons to get hooked and locked into Apple’s entire ecosystem.

What the iPad Pro always had

Some owners would argue that, for them, their iPad Pros have been their primary computer, with a notebook MacBook or a Mac as a backup rather than the other way around. These users will be the very ones to tell others that it’s far from being an ideal setup but, with some workarounds, they were able to achieve a computing experience few could offer.

Even with “just” iOS, the iPad Pro delivered that “always on, always connected” computing Microsoft is only now trying to achieve. And while it has nothing on Android’s openness and flexibility, iOS and its apps have offered stability and reliability not just for play but, more importantly, for work. 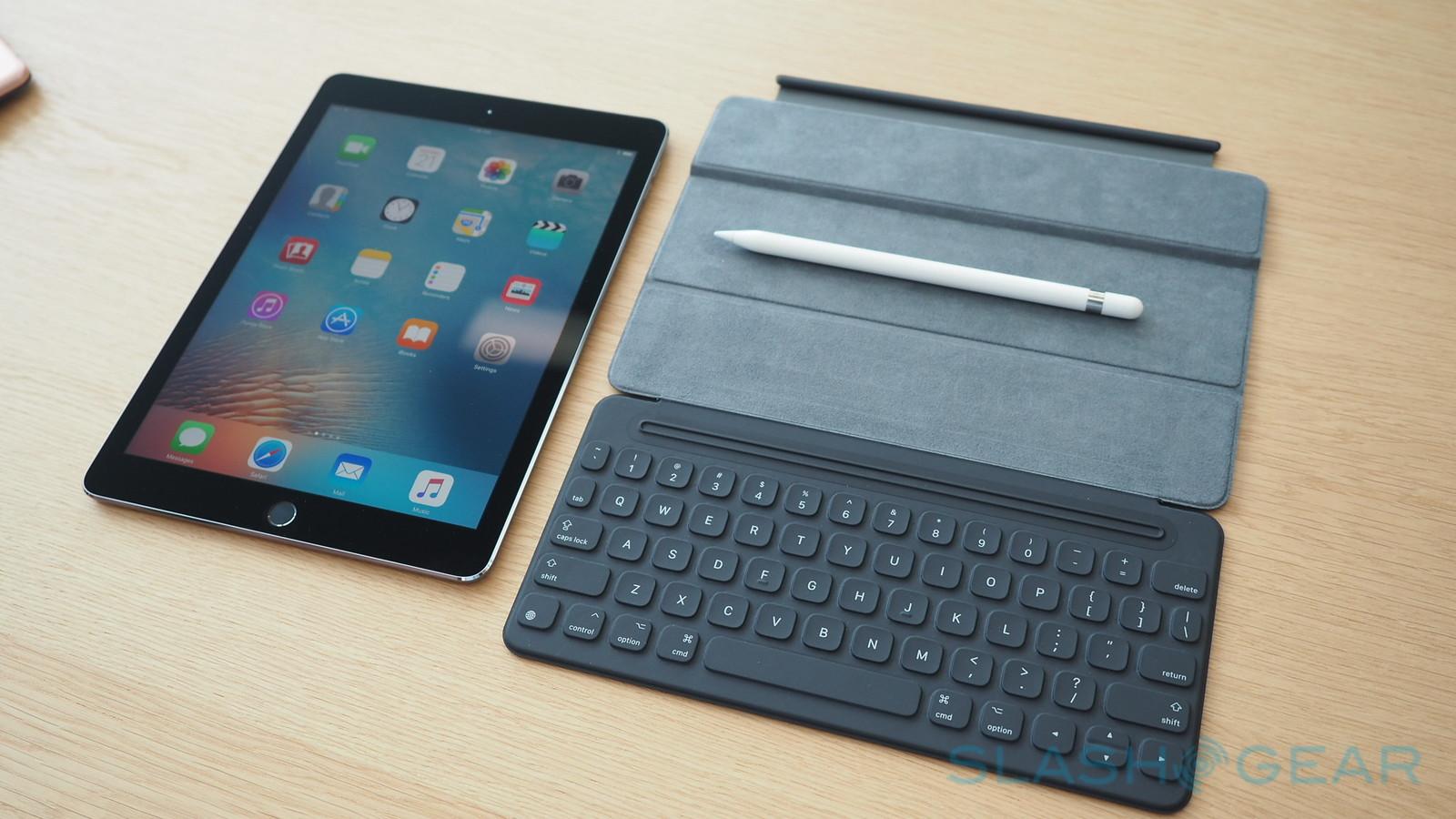 The iPad Pro definitely changed the tablet game in more ways than just the Apple Pencil. The extra power that it flaunts isn’t just for show and it enables use cases, like video editing, you may have never thought possible on such a thin slate. If it never really got adopted by others outside of Apple and Logitech, the smart connectors gave the iPad Pros an image of a tablet that can be a laptop with just the right parts. And many of those right parts just landed in iPadOS.

What the iPad Pro has now

The Internet exploded when Apple revealed iPadOS and its features which were pretty much the features that iPad Pro users have been dying to have. We’ve already gone into detail about those features so we won’t repeat them here. Instead, let’s frame them as features that bring the iPad Pro closer to being the only computer you may need. 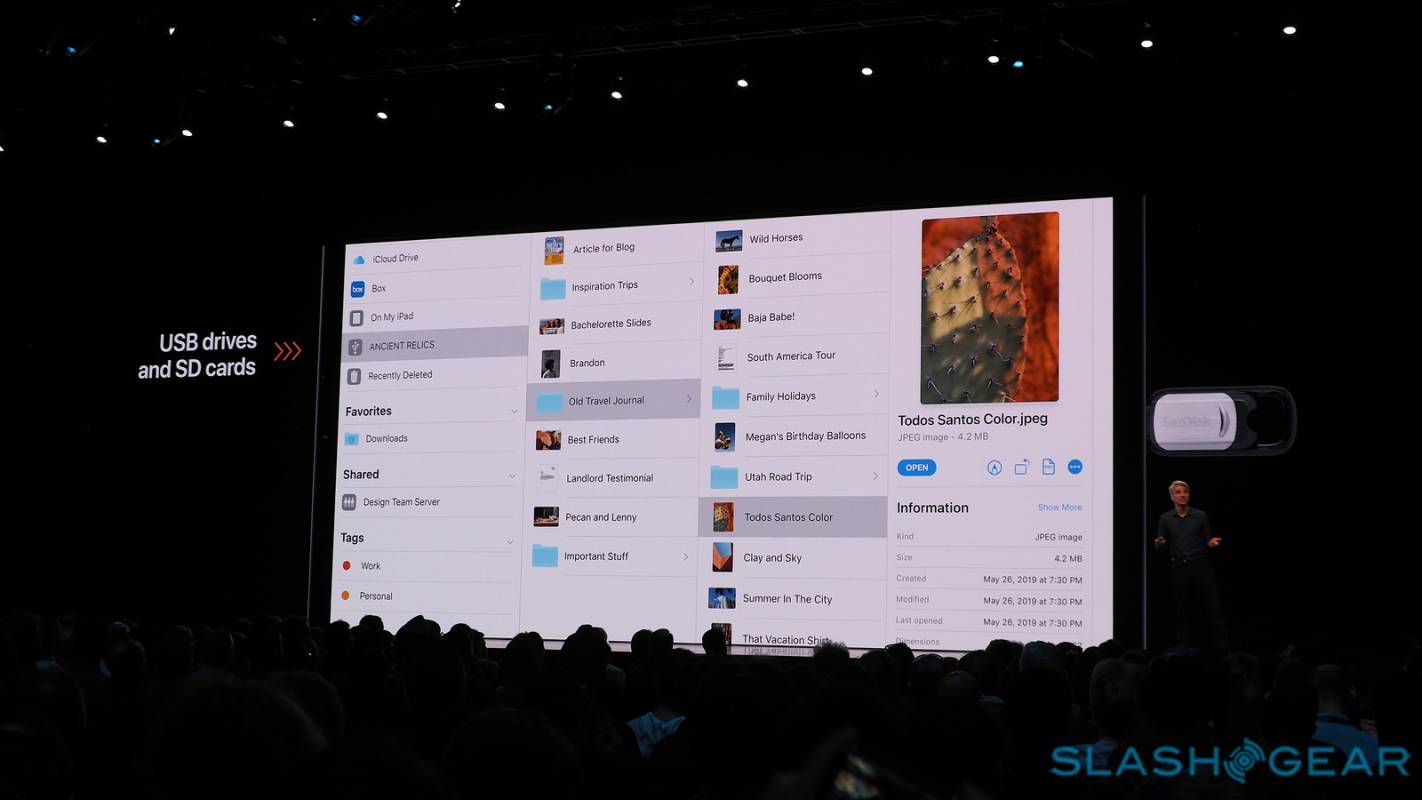 Recognizing external USB storage is critical for multimedia workers who have been forced to use slow and sometimes unreliable cloud-based storage and sharing methods to move extremely large files around. While officially an accessibility feature, even Apple recognizes that perfectly capable users will prefer to use a mouse for some tasks, even if iPadOS now has a lot more gestures to choose from (more on that later).

A desktop-class browser allows users to take advantage of an iPad Pro’s large screen and beefy CPU while still protecting them from malware that presumes all desktop browsers are on Windows, Macs, or even Linux. And while iPadOS makes the tablet pretty independent, Sidecar gives it a home in a larger Apple world.

Many iPad Pro users will undoubtedly rejoice over these new features and, once the party is over, point out what else is missing. Because as Microsoft and Apple itself will tell, a desktop OS alone does not a successful desktop make. For that, you’ll need to raise and grow ecosystems, and Apple has been notoriously inconsistent about that. 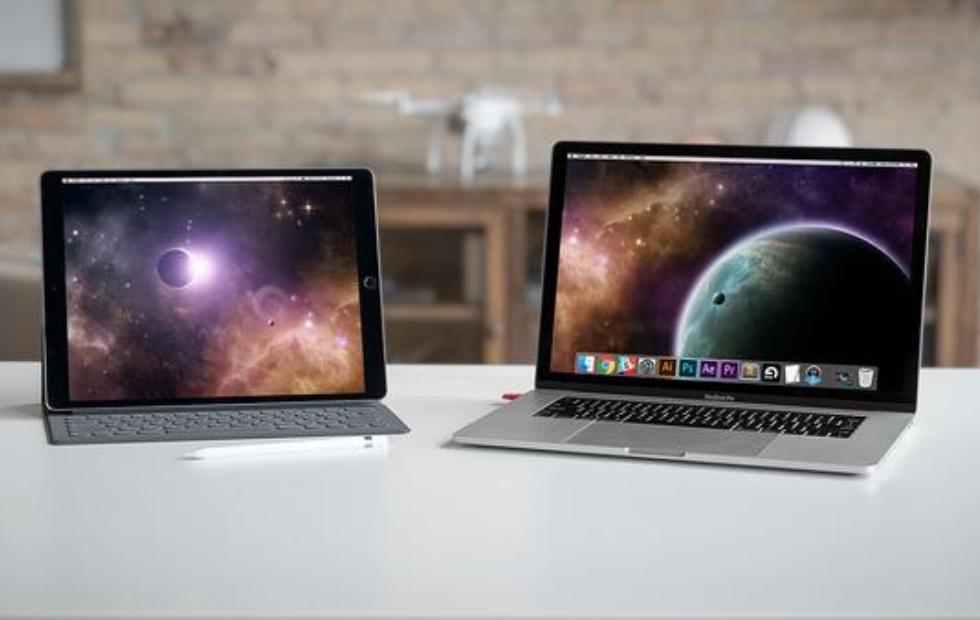 It’s one thing to be able to plug in USB mice and drives but the world of computing is filled with a lot more peripherals than those. Some of those may have niche purposes but it is exactly those that will continue resorting to desktops, Windows especially, because they are supported there.

Apple needs to embrace third-party accessory makes and third-party developers, preferably without killing them afterward as what may soon befall Luna Display. iPadOS is laying the foundations for the iPad Pro becoming the primary but not the only computer you’ll want to have but Apple also needs to let it grow with help from others.

Throwing Microsoft and Google a bone

The rise of the iPad Pro and iPadOS may lead some to wonder if Windows 10 has just become redundant. After all, if an iPad Pro can perform even just 80% of what Windows users need from their desktops and laptops, those would probably gravitate towards the more convenient and more reliable option. It’s that 20%, however, that will keep Windows relevant for years, maybe even decades. Niche peripherals, specific uses cases like gaming, and legacy software will always need Windows until their dying breath. 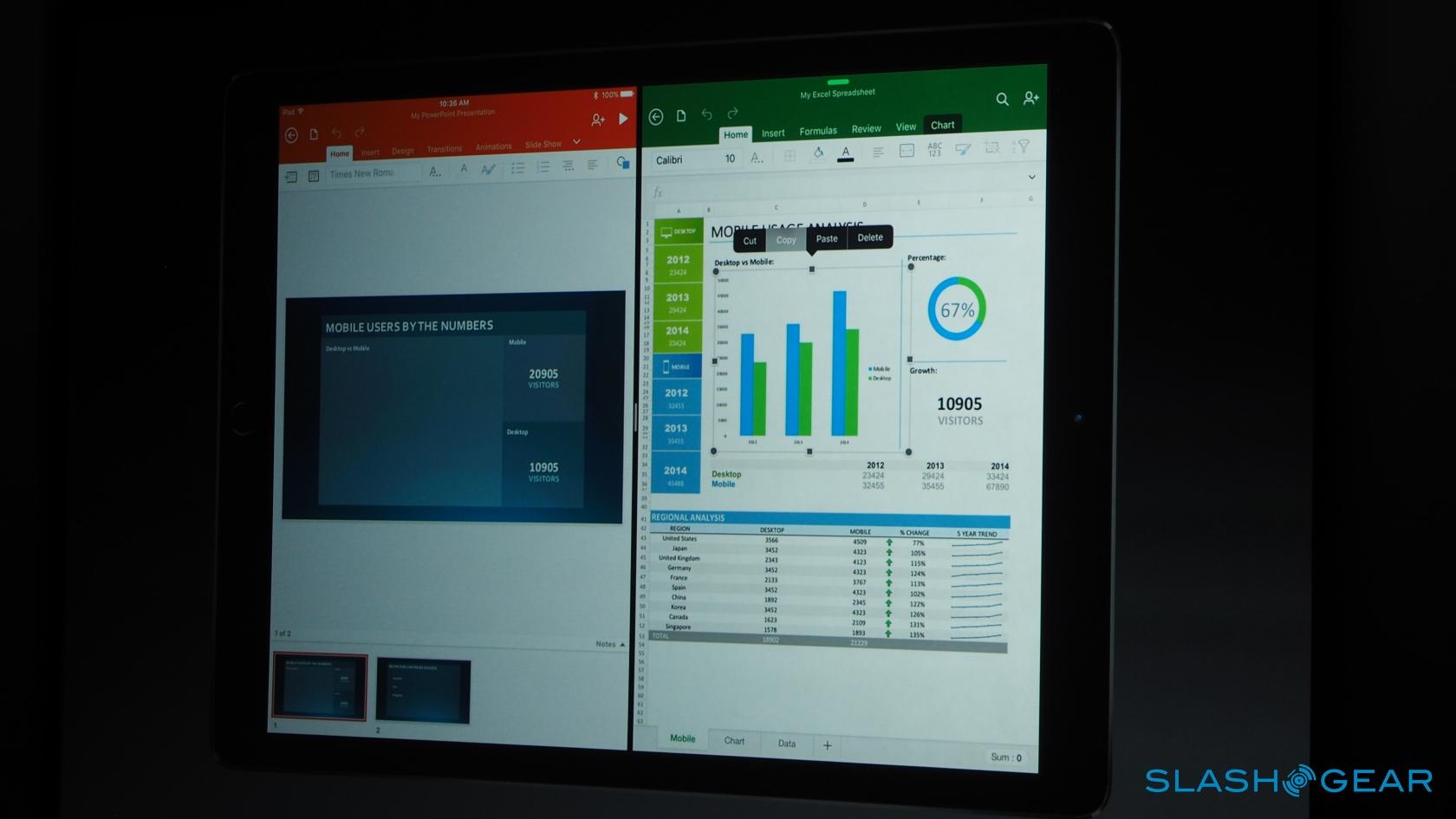 Apple’s biggest rivals are probably not that worried about it either. Google’s main and most profitable business has never been Android and Microsoft has been transitioning itself from a software company to a services company. Search, ads, cloud platforms, office suites, and enterprise software are where their money’s at and until the day it is able to replace those, Apple and its customers will also be Google and Microsoft customers, too.

Most of the above are based on the grand vision that Apple laid out for iPadOS at WWDC. Truth be told, however, very few had been able to actually put that vision to the test. The final release is still a few months away so we don’t know the final form iPadOS will take. If it does manage to pull off everything it showed, the iPad Pro will soar. 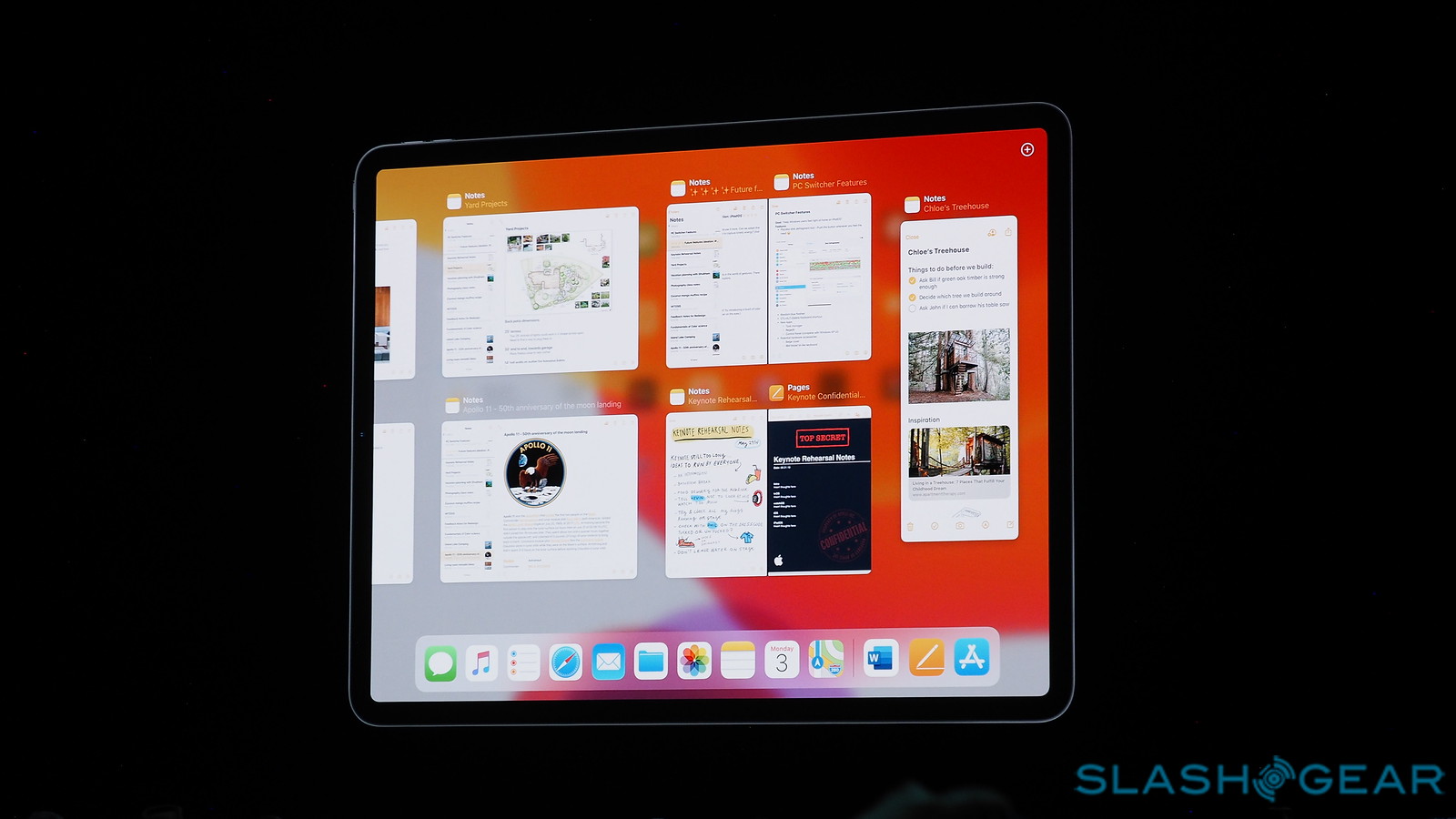 But not before it gets off to a rocky start. With greater power comes greater need for tutorials and onboarding. The new gestures alone will require some training and the plethora of new features probably won’t all be discovered or understood in one go.