As someone who has uncharacteristically fallen in love with his 9.7-inch iPad Pro, the revelation of iOS 11’s features was like an answer to long-held wishes. An expanded dock, a file manager, drag and drop. These do make the iPad Pro an even more convincing PC, or at least laptop, replacement. But as someone who also owns a well-aged Surface Pro 3, the iPad Pro is still a few leagues away from toppling the Surface Pro and its kin. Because unless Apple makes very drastic changes, the iPad, even with iOS 11, is still pretty much a gigantic iPhone.

Power, lots of it

You might argue that this like comparing apples to oranges, but remember that Apple itself fanned those flames with its series of ads that boast how the iPad Pro is more than a PC. There is a grain of truth in those claims. The iPad Pro, in fact any recent iPad, performs well enough for majority of the computing tasks you can conveniently do while on the go. But these are not the tasks for which people lunge around thicker laptops in their bags. Because at the end of the day, for the tasks you would need a PC or a Mac, the iPad Pro and iOS just won’t cut it.

The silicon inside our smartphones and tablets have come a long way. Apple continually makes magic with each new A processor. But even the beefiest Snapdragon or A10X still doesn’t compare with, say, a Core i5 that is prevalent in many Windows laptops and tablets, not to mention becoming a fanless option. That said, last year’s A9X did seem to give the Core m3 a run for its money. But that’s also only half of the processing story. Mobile graphics still only offers a fraction of even integrated graphics chips. And with NVIDIA’s new Max-Q tech promising even thinner laptops, the mobile graphics scene is going to be shaken up a bit. 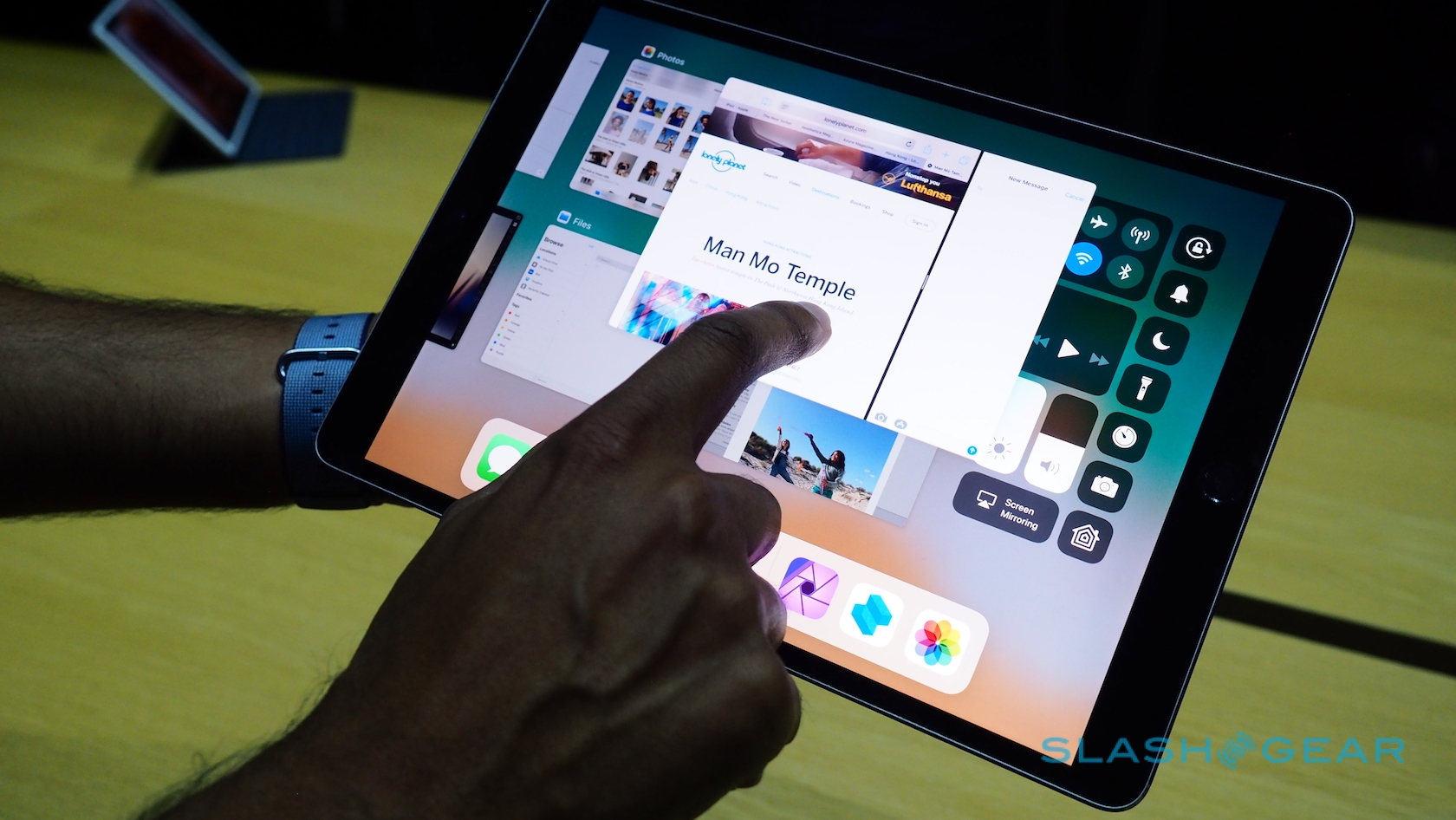 Apples and oranges, you might insist. But if you are pitting yourself against PCs, or at least Windows 10 tablets, then you should be able to carry the weight of the tasks one normally does on those tablets and laptops. Document processing or creation, light web browsing, e-mail, social media, those are well within the domain of acceptable. But when you do start to do some more complex work, you will run into limitations sooner or later. Your battery might indeed last you a day, but either you don’t get enough work done or your work eats up that battery anyway.

But iOS apps run buttery smooth despite the limited hardware. That is definitely true. Apple has been great at squeezing ever last bit of performance out of its limited hadware and its developer policies ensure that apps respect those limitations as well. That is, however, a two-edged sword. Those same restrictions put hard though sometimes unforeseen limits on what apps can do.

Even the simple act of browsing is an example of this. It isn’t uncommon for users these days to have many tabs open, sometimes unintentionally. Of course, you can do that too on iOS and the iPad Pro but, sooner or later, some of those tabs will be killed. While that keeps the browser app from hogging all resources and taking down the whole system, it could catch users unaware, especially those with unsaved data in those killed tabs. This is mostly due to how iOS manages resources because it has to be very stingy on what little resources there are.

Another example is Procreate, often hailed as iOS’ Photoshop. The app is loaded with features and great masterpieces were produced from it. But even its biggest fans would admit that there are hard limits to what the app can do, limits that a far lower than what you can have on Photoshop on a Surface Pro. Specifically, the amount of layers you can have is determined by the resolution of the image. Again, because of the hardware and OS limits. 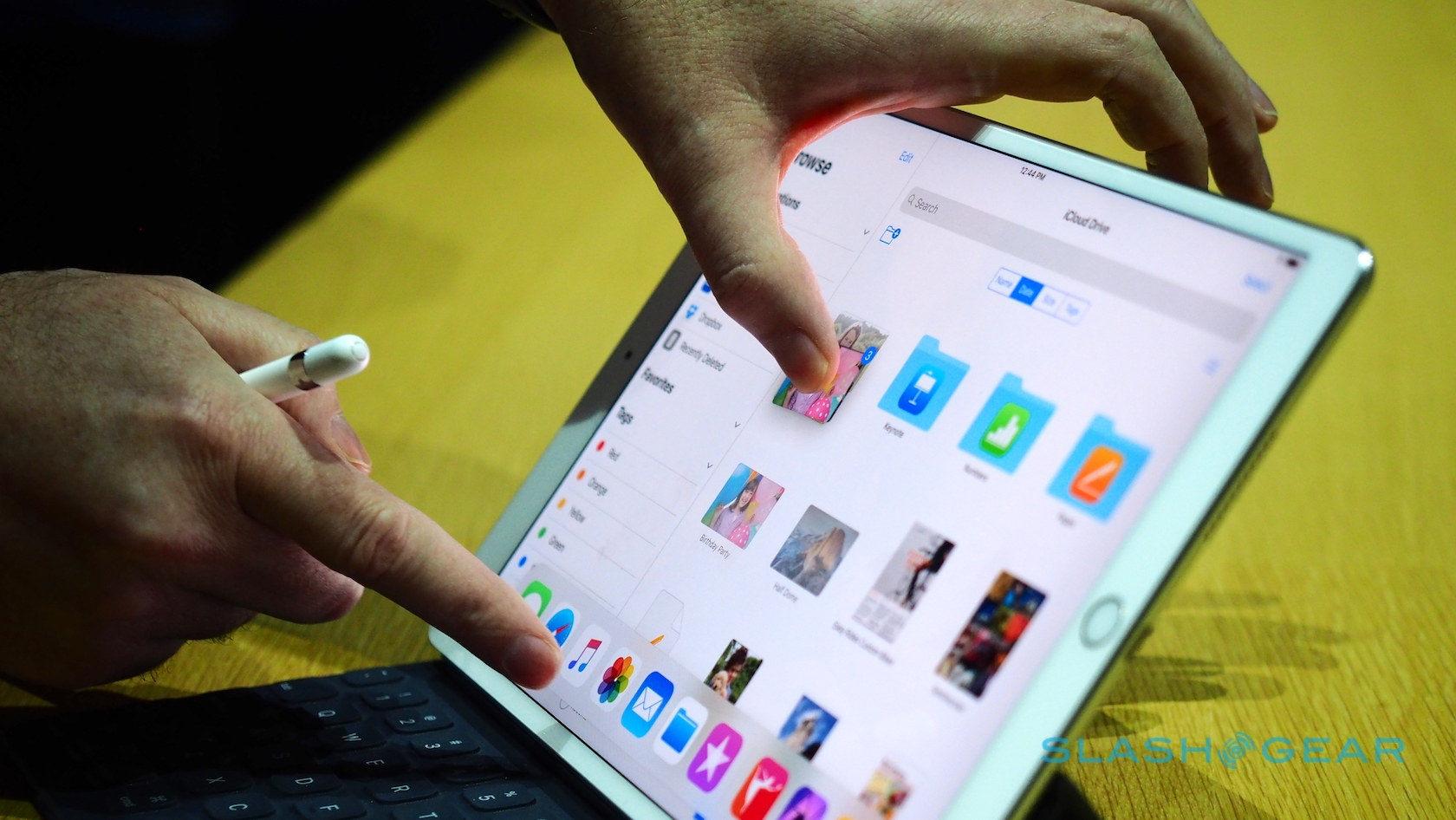 Apple is finally addressing some of the limits of iOS in the upcoming major release, but until we finally have iOS 11 in our hands, we can’t really be sure just how much Apple has decided to concede. Having a file manager doesn’t exactly mean having access to the file system the same way macOS or Windows does. For some, that might also be enough. For others, it might be something that third-party apps like Readdle’s Documents have long provided.

For all of Apple’s push for USB-C and Thunderbolt 3, it remains stubborn when it comes to its Lightning connector on the mobile side. This puts limits on the things you can connect to the iPad Pro, not to mention the number of things you can connect to it. While 2-in-1s have significantly less connectivity options than tablets, they still have more than what the iPad Pro has. The Surface Pro, for example, can have an external drive, external display, and wired headphones connected to it at the same time, all while still charging. Bonus points if you’re even using a USB hub. Mulit-port Lightning hubs can only do so much.

Granted, Windows tablets do seem to be moving towards a single connector, though some are generous with two, but they are adopting USB-C. And with Intel pushing for wider Thunderbolt 3 adoption, the pain of having just one port is lessened. Yes, you will still need to live with a hub, but that’s not so different with what you might need with an iPad Pro anyway. 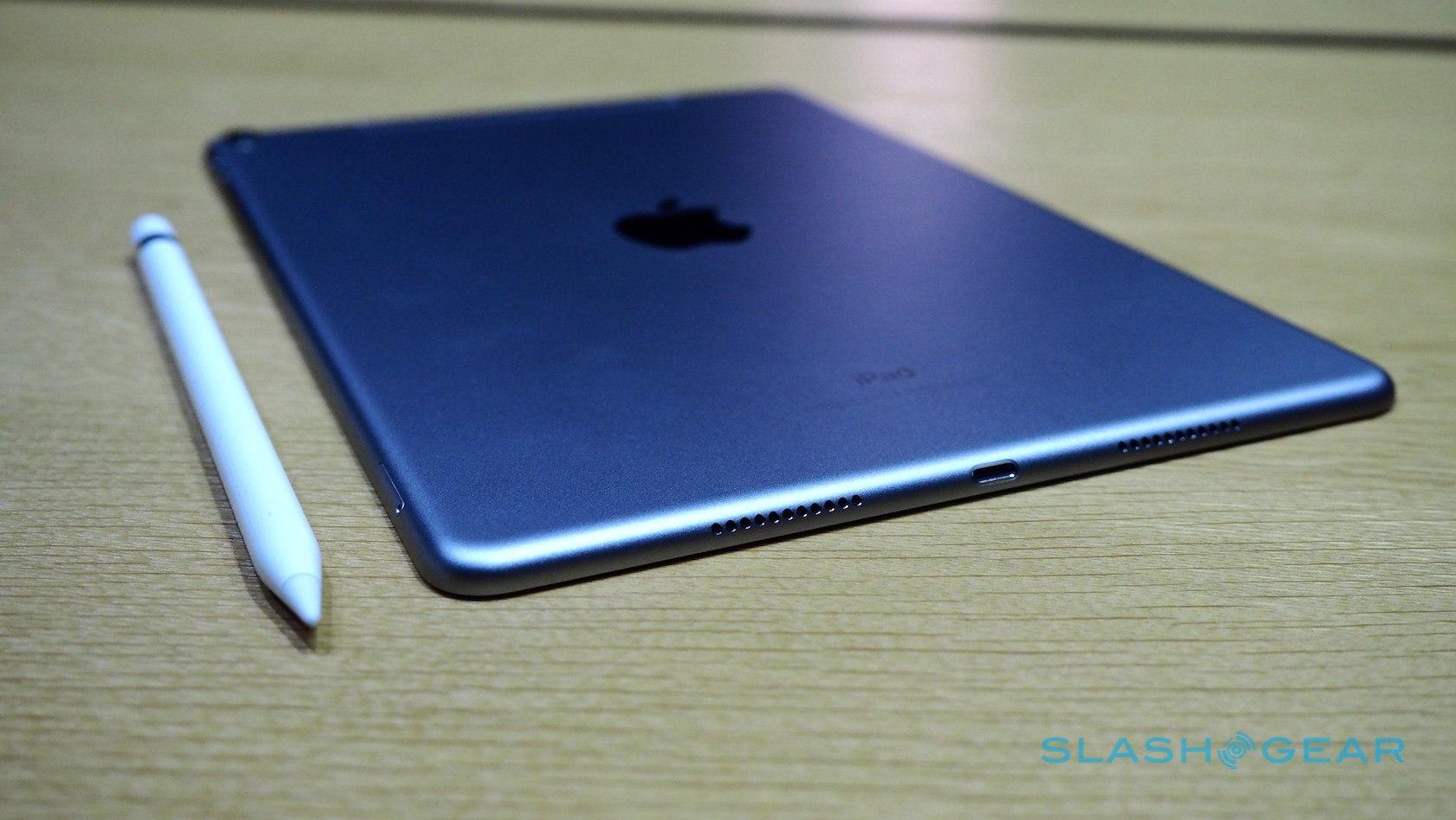 It’s rather disappointing that the Smart Connectors on the iPad Pro is left underutilized. It could have been developed into something that would let developers and accessory makers overcome the limitations of the iPad Pro in terms of connectors, something like what Motorola has with the Moto Mods system. Sadly, it seems that Apple is content to just using it for the Smart Keyboard and doesn’t seem to have any further aspirations for it.

It’s too easy to start comparing the iOS 11-empowered iPad Pro with the Surface Pro. After all, both Apple and Microsoft themselves are at each other’s throats in this arena. And Apple should definitely be lauded for finally delivering an experience that iPad Pro users have long been asking for, making the iPad Pro an even more viable PC replacement.

Except it still isn’t. As covered before, there are indeed ways and apps to help with the transition, that transition will never be perfect. Committing yourself to the iPad Pro as the sole work computer involves accepting the sometimes hard limits imposed by both hardware and software. It might also mean living somewhat in a bubble where apps, file formats, and workflows might not mesh well with those not yet living in a “post PC” era. Even those who solely live in Apple’s ecosystem might not be able to give up their Macs or MacBooks for only an iPad. Sooner or later, something has to give.

That’s not to say the iPad Pro isn’t going to be perfect for someone. iOS 11 might even finally give some users the last pieces they need to make a complete leap of faith. For them, the iPad Pro is just what the doctor prescribed. But that’s hardly going to be the same for everyone. Especially those for whom the iPad Pro is hardly more than a PC, much less more than something like a Surface Pro.