Early reviews of the iPad Pro are in, appearing to understand that Apple wants to replace your laptop, but not necessarily agreeing with that possibility wholeheartedly. While several publications suggest that the iPad Pro is ready to carve out a new spot in the device ecosphere, others say it’s not quite ready to replace your laptop just yet. Most seem to agree that the device is top-notch for those that wish to create artwork or write notes all the livelong day. Have a peek at the collection and see what you think.

Wall Street Journal‘s Joanna Stern compares the iPad Pro to the MacBook Air directly, hinting that the former is a better choice for quick processing.

“When I exported the same 4K video in iMovie on both the Pro and my Intel Core i5-powered MacBook Air with 8GB of RAM, the iPad reached the finish line a minute and a half faster. And, unlike the Air, it didn’t sound like it was about to blast off from Cape Canaveral.”

David Pierce of Wired also suggests that Apple is aiming for the laptop world – again – with a device that could replace their own MacBooks.

“The iPad Pro is plenty powerful, and it’s plenty big. But to call it “just a bigger iPad” is like calling the Millennium Falcon “just a bigger falcon.” In making it bigger, Apple made the iPad Pro different. This is Cupertino’s attempt to prove a tablet can replace and outgun your laptop.”

Lance Ulanoff of Mashable suggests that Microsoft and Google do a bit better with “multitasking” on Windows and Android tablets.

“Other tablets — like Samsung’s Galaxy Tab S2, which runs a mobile operating system like Android, and the Surface Pro 4, which runs a laptop operating system like Windows 10 — handle multi-tasking with even more power and aplomb (both let you drag and drop between panes, something you can’t do with the iPad Pro and iOS 9), but this is definitely a step in the right direction for iPad, especially if Apple wants it to become a go-to device for productivity workers.”

Forbes‘ Patrick Moorhead suggests that the iPad Pro is neither a replacement for your tablet or your PC, instead carving out a category of its own.

“My bottom line is that I feel the iPad Pro wasn’t designed as a PC or Mac replacement, but rather a more powerful extension of the utility of today’s iPad, which enables me to do more with than I ever could before. I came in with the expectation of determining if the iPad Pro could replace my PC or Mac, but left thinking it was in its own category.” 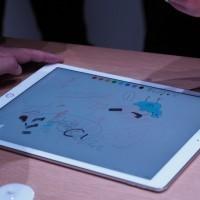 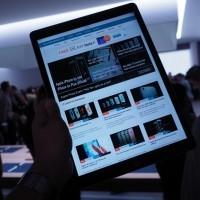 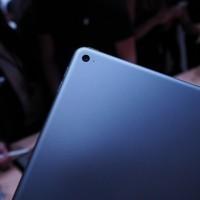 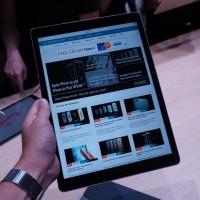 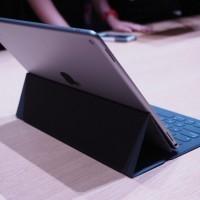 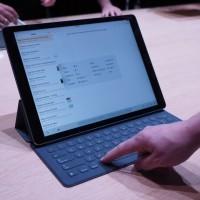 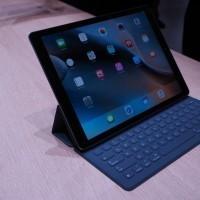 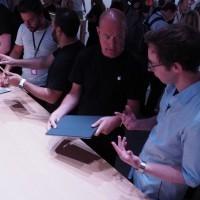 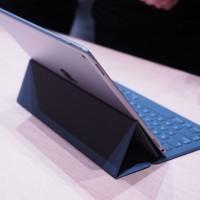 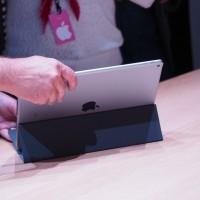 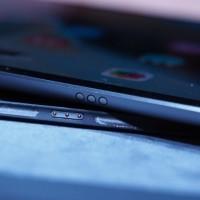 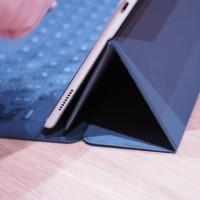 Andrew Cunningham of Ars Technica suggests that he’s having a hard time figuring out who the iPad Pro is for.

“But I’m having a uniquely hard time putting myself in the shoes of a potential iPad Pro buyer, particularly those who Tim Cook believes will replace a laptop with a big tablet. Some of that is because the iPad Pro isn’t really for me, even as someone who already works on an iPad Air 2 with some regularity.”

One very important note from Lauren Goode of The Verge centers on the iPad Pro’s advanced palm-rejection technology.

“For digital artists and tablet note takers, the iPad Pro’s palm rejection software is nearly as important as the stylus, if not more so. I pressed and dragged my palm along the iPad Pro’s display while using four different apps — Apple Notes, Adobe Sketch, FiftyThree Paper, and Notability — and I couldn’t leave a palm mark no matter how hard I tried. I was also able to switch between using my finger and using the stylus without any lags.”

Scott Stein of CNET also seems to feel that the artist and graphic designer angle is the one Apple has a lock on – instead of the entire laptop-using public.

“The iPad Pro is a dream machine for graphic designers and media mavens, but this elegant tablet needs more optimized apps and accessories before it can fully achieve laptop-killer status.”

Have a peek at the iPad Pro timeline below and stay tuned as we continue to bring you further impressions of this device as it inches towards release!