What goes into a keyboard cover accessory? Most will probably think just the keycaps, membranes for the keys, and electronics needed to power up and connect the keyboard. That may be true for simple external keyboards but, even in appearance, the new Magic Keyboard for the latest iPad Pros is anything but simple. And thanks to the wonders of modern technologies like X-Ray, we can also see that it is true even inside.

That X-Ray is also to be credited for making iFixit’s teardown a little less nerve-wracking, letting them take a peek inside even before they make the first attempt. It shows the DIY repair experts what they can expect inside and they certainly didn’t expect the number of components inside this latest keyboard cover.

The iPad Pro Magic Keyboard clearly shows the scissor switches that are thankfully being used instead of the thinner but less reliable butterfly switches but that’s only the tip of the iceberg. Even before they start the teardown, they can already spot an assortment of unexpected parts, like physical buttons underneath the trackpad. There are also spring-loaded hinges that give the cover its sturdy mechanical feel that sets it apart even from its own predecessors. 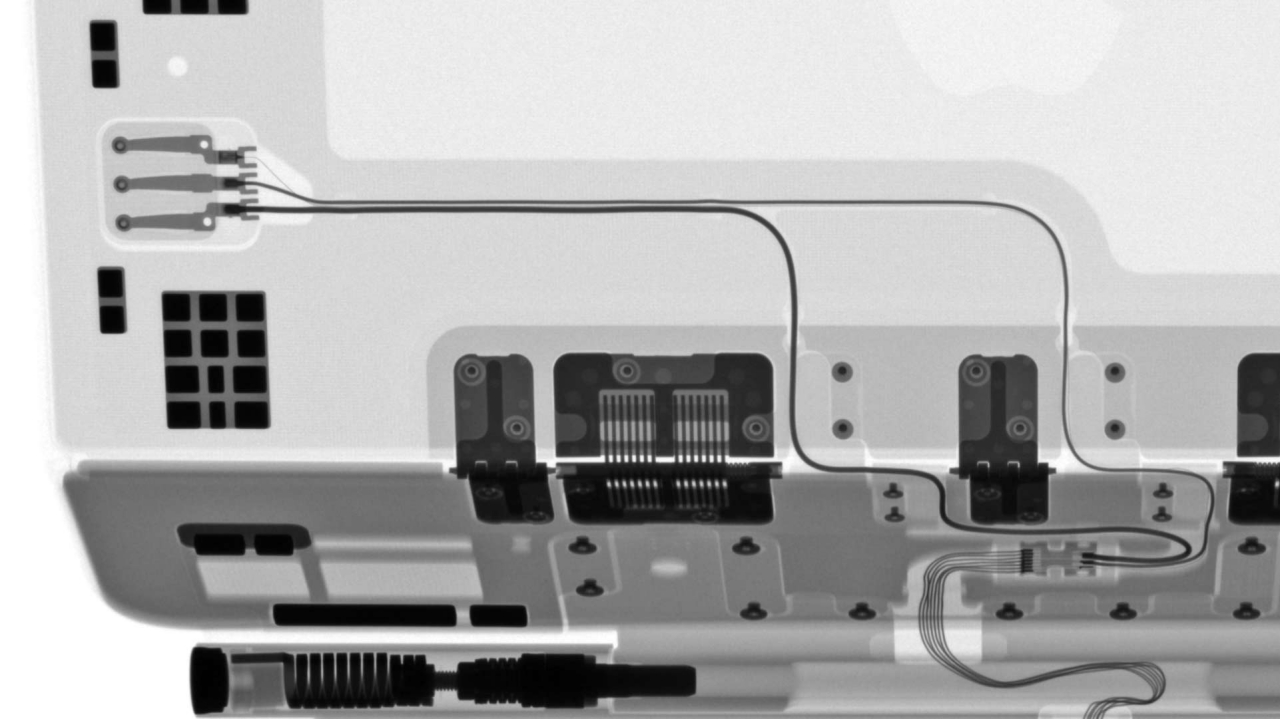 There are also mysteries hinted by the scans, like two separate routes for the cables that connect the keyboard to the smart connector. There is also an overabundance of magnets, much more than before. And ominous metal plates that may or may not serve any purpose other than to give the keyboard weight.

Knowing what’s inside doesn’t exactly mean iFixit’s work will be easier. Previous teardown’s of Apple’s Smart Keyboard covers didn’t exactly end well and it remains to be seen if the $300 “floating” version will fare any better.