We often get treated to a never-ending series of renders for every upcoming high-profile smartphone worth making a render of. That, however, doesn’t mean only smartphones get that treatment. When it comes to tablets, there is probably nothing as high-profile as the iPad, specifically the premium iPad Pros. With just a week left before Apple’s iPhone event, there’s no better time than now to show what the next 12.9-inch iPad Pro will look like.

Unsurprisingly, the information comes via OnLeaks and turned into hi-res 3D renders by MySmartPrice. The images mostly confirm what we’ve been hearing before and, save for one mystery, it’s a pretty complete picture of what iPad Pro fans can expect next week. Notch haters can breathe more easily now. 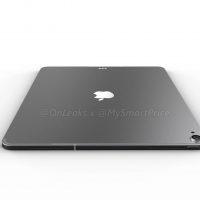 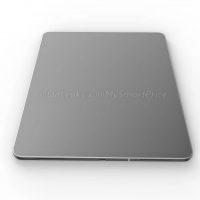 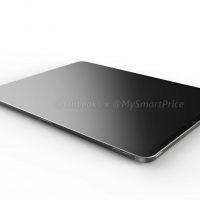 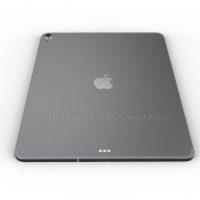 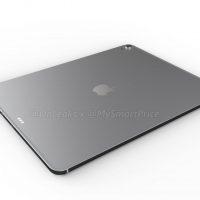 There’s not one notch in sight, contrary to previous concerns. While the iPad Pro might indeed be dependent on Face ID and Face ID alone, it won’t need a notch for that. Unfortunately, that’s because, also contrary to previous expectations, the iPad Pro 12.9 still does have some bezels. They’re at least even on all sides, giving a better balanced look than even the iPhone X.

That may actually be the least interesting part of the new iPad Pro, at least based on these renders. Design-wise, it seems that the iPad will be adopting the iPhone’s antenna lines. As expected, the Smart Connector has also been relocated, now on the back right above the charging port. However, there is one mysterious button on the same side as the volume buttons that not even OnLeaks was able to identify.

The new Smart Connector location is probably going to be a bit controversial, given how its forces a landscape orientation supposedly due to the fact that Face ID won’t work in landscape. Some, however, aren’t buying the idea that something as advanced as Apple’s Face ID would have such a glaring flaw. We’ll know soon enough, that is if the new iPad Pro will indeed share the stage with three new iPhones and an Apple Watch 4.