While the main draw of today’s Apple event is the new lineup of iPhones, Apple actually got the show rolling by announcing some iPad updates. One iPad being updated is the iPad mini, and it sounds like Apple’s smallest iPad is getting quite the redesign. For starters, it looks like the iPad mini is ditching the home button in exchange for a full-screen display that stretches nearly edge-to-edge.

Even though Apple called it an edge-to-edge display during today’s presentation, there are still some borders visible around the screen, but they’re definitely a lot smaller than the borders on the previous iPad mini. In any case, Apple says that the new display clocks in at 8.3 inches and supports up to 500 nits of brightness, a wide color gamut, and True Tone. Despite the larger screen size, Apple was able to keep the overall footprint of the iPad mini the same thanks to getting rid of the home button.

The new iPad mini will use Apple’s A15 Bionic chip, which will also be present in the new iPad. During its presentation today, Apple said that the iPad mini 6 offers a 40% increase in CPU power over the previous generation and an 80% increase in GPU power. Machine learning benefits from the A15 Bionic as well, with Apple claiming a 2x increase in ML capabilities. 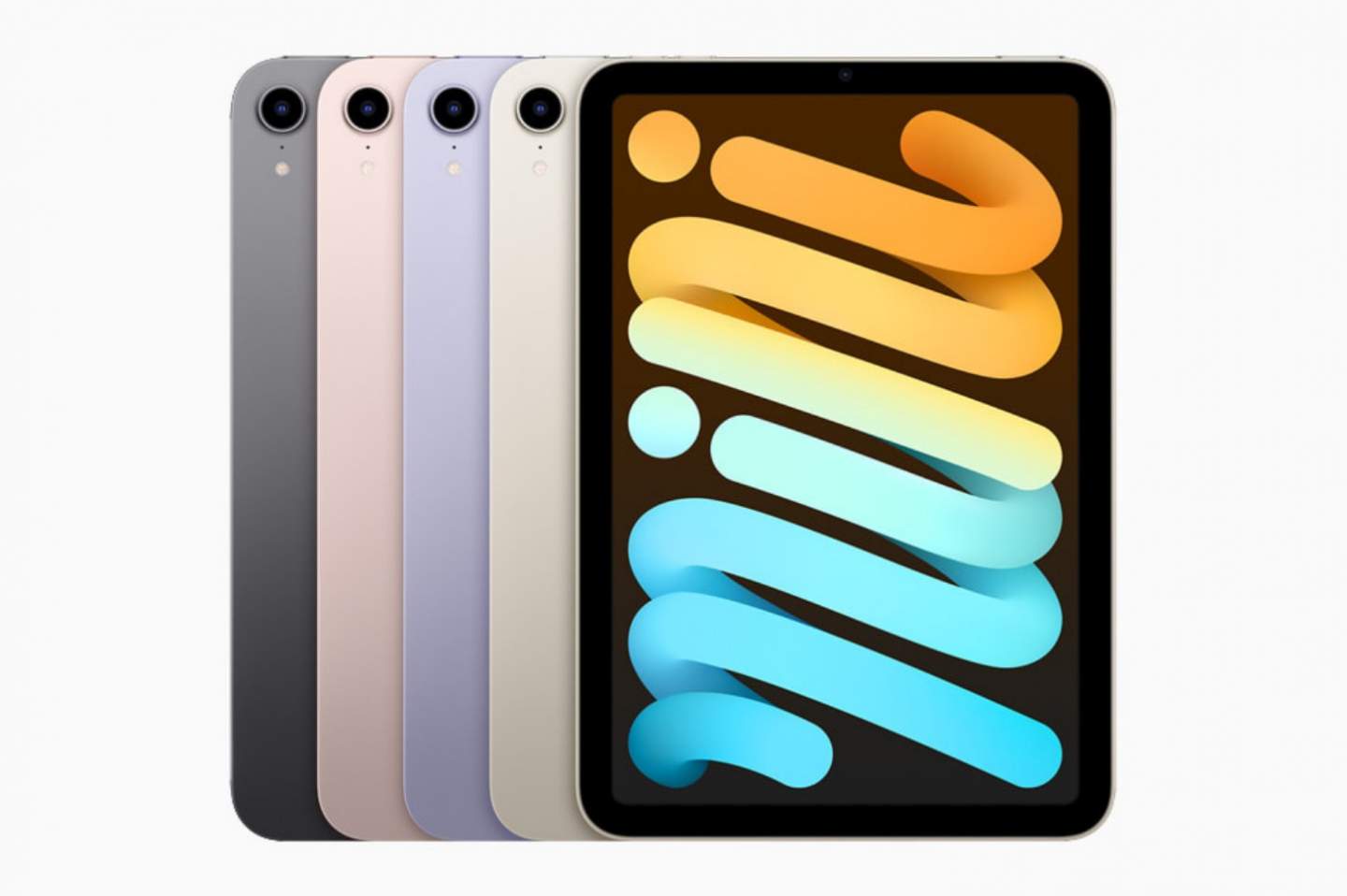 The iPad mini is also picking up some new functionality. It comes with a USB-C port like the iPad Air, meaning it can connect to a wide variety of USB-C accessories, and it also supports 5G. The iPad mini is compatible with the 2nd-gen Apple Pencil and attaches magnetically to the side, where it charges while not in use. The new tablet supports Center Stage as well – a feature that used to be the sole domain of the iPad Pro – thanks to its updated 12MP cameras on the front and back.

Apple says that the new iPad mini is up for pre-order today and will begin shipping out next week. It’s available in WiFi-only and cellular configurations, with a starting price of $499. Look for it to drop in four different colors: Purple, pink, starlight, and space gray.