What’s changed between a few hours ago and now? If you were to have purchase an iPad yesterday, would you be crying today? Short answer – yes. Long answer – lets look at the specs on both machines. While it may appear from about 20 feet away that these devices look basically the same, there’s quite a few lovely additions to the iPad 2 that bring it right in line for competing with what Apple has called the “Year of the copycats” – referring directly to Android and Blackberry devices on the horizon (and in the streets, if you consider Motorola XOOM, the first Android 3.0 Honeycomb OS optimized tablet.) But what’s the real question here for those dedicated fans of Apple? What will I get when I trade in my old iPad for the iPad 2?

First of all, there are a bunch of things that essentially haven’t changed at all between iPad and iPad 2. The display is exactly the same as before, as is the resolution: 9.7-inch LED-backlit IPS LCD with 1024 x 768 pixel resolution. The next thing that’s exactly the same is the storage options, 16, 32, and 64GB being your options. Your Wifi will still be 802.11 a/b/g/n, your Bluetooth will still be 2.1 + EDR, accelerometer stays the same at 3-axis, and you’ll be able to get your iPad in black. But from there on out, things start improving in sweet ways.

You’ll be able to get your iPad 2 in black, but you’ll also have the option of a white bezel. Does this mean the next iPhone will have the same option out of the gate? Perhaps. Your iPad 2 processor has been improved from a 1GHz Apple A4 to a 1GHz dual-core Apple A5. That’s slick! We’re not sure yet of the improvements in RAM or Graphics power, but we do know that whatever they’ve done inside, they’ve figured out a way to make the whole package lighter. Where before your iPad was either 680g or 730g depending on if you wanted 3G or not, the heaviest new iPad is 613g, and that’s the AT&T model. Next lightest is 607g with Verizon, and 601g with just Wifi.

In the iPad 2 you get a gyroscope where iPad 1 did not include one, the thickness of the entire unit has been reduced 33% from 13.4mm down to 8.8mm, and you get not one, but two new cameras. Not much is known about the capabilities of these cameras quite yet, but the front camera being a VGA webcam and the back being capable of recording video at 720p is definitely a step up from having no cameras at all. Your cellular radio has been added to, where before you only had EDGE plus triband HSPA, you now have EDGE plus triband HSPA OR CDMA / EV-DO Rev. A.

We ran a Spider benchmark on both devices and came up with the following:
iPad 1 rang in at 8492
iPad 2 with 2021
Lower is better. In fact it’s so good, we wrote a whole [post] about it. 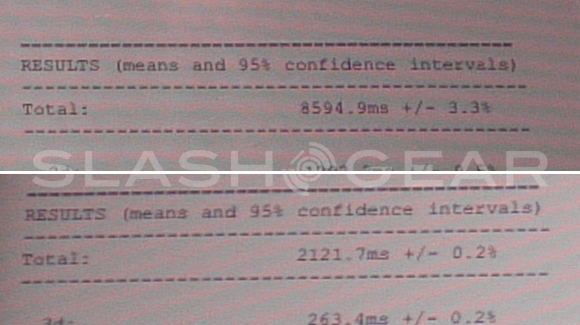 Sound sweet? That’s only the specs. New items have been added to iOS 4.3 that’ll make your experience on this new tablet a completely re-vamped one, and Apple has taken it upon themselves to introduce a new cover system that works with magnets and automatically turns off and on the device when its screen is blocked. Oh and there’s HDMA out for HD video display. This HDMA capability works with whatever’s on your screen, out of the box, and the connector only costs $39.

Also the cost for iPad 2 is the same as iPad 1. Better product for the same amount of money.

And you can take that to the bank. 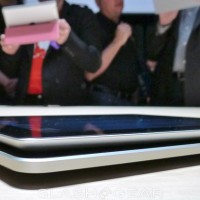 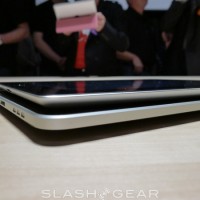 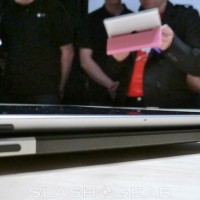 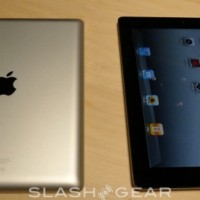 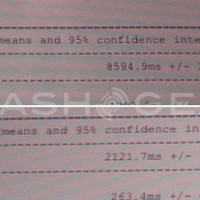