Apple has recently positioned itself as a champion of privacy and has, in a way, marketed that as both a feature and a service. It has consistently added new features or made changes that, at least on the surface, work to protect users especially from tracking. One of the most pervasive forms of tracking has always been location tracking in apps. But while iOS 13 exposed those activities to the user, the persistent warnings it displays may be souring both developers and users to the idea of protecting privacy.

To be clear, Apple did users a huge favor when it changed the location tracking rules in iOS 13. Apps can no longer ask for blanket permission to track the phone’s location, something that users may give without a second thought when using an app for the first time. The system will also periodically remind users that an app tracks your location in the background and asks whether you should let it continue doing so.

Those persistent warnings, however, are rubbing both users and developers wrong. The “Always Allow” button doesn’t really work as the text suggests as the warning returns eventually to remind users of that fact. This could, in the long run, could give consumers the image of protecting their privacy as an inconvenience not worth the effort. 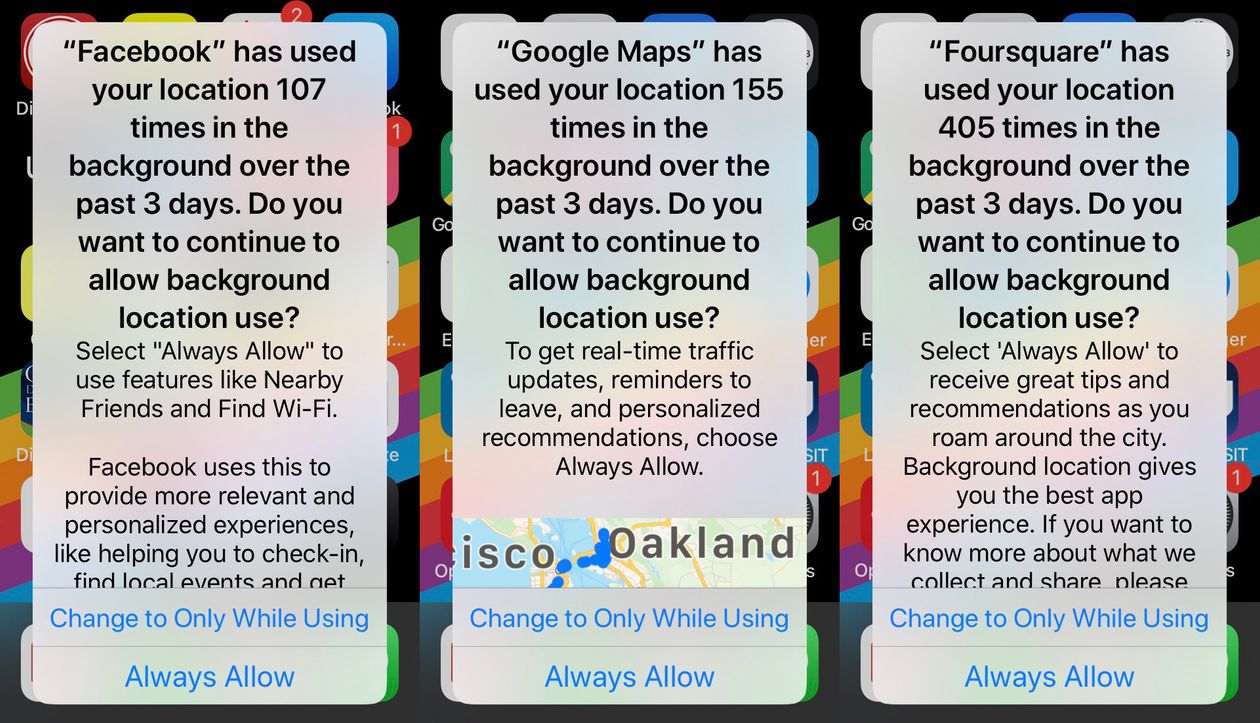 iOS app developers are also worried that this system will result in less engagement and less use of their apps as users are also more likely to block location access. That may be for the best, considering how invasive some location tracking is but it also puts some apps that do actually need location tracking at a disadvantage.

There are also concerns that Apple may be intentionally doing this to give its own Find My location tracking an edge. As a system app and service, those don’t need to ask permission on a regular basis. Apple naturally refutes such a view and in a response to the Wall Street Journal’s report says that it has not built a business out of it, contrasting it with what others are doing.