This afternoon some users will gain access to iOS 13, iPadOS, and the newest desktop operating system for Apple computers, macOS Catalina. Those users will all need to have developer accounts with Apple before they attempt any sort of download whatsoever. Once they’re ready to roll, they’ll need only to head to the developer portal at Apple to collect their software as such.

This new software will be available to users of the iPhone 6s and newer – so iPhone 8, X, XS, and etcetera. Those devices will be given access this Fall as a free software update. This update can be had by heading to Settings, General, Software Update. Chances are you do not have access right this minute.

Users of the iPad Air 2 and newer, iPad 5th-gen or later, iPad mini 4 and newer, and all iPad Pro models will be given an update to iPadOS this fall. This will also be a free software update and will be accessible through General Settings. Loading iOS 13 to an iPad is a bad idea, just as bad as loading iPadOS to an iPhone – it just wont work. 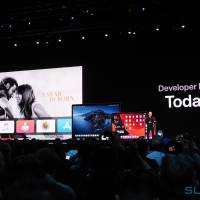 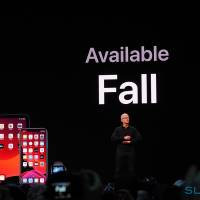 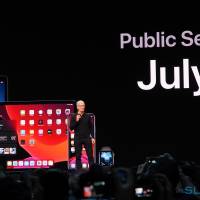 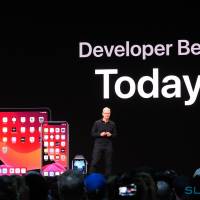 Just as it is with the software above and below, users should head to the Apple Developer Portal to attain their developer preview software today. That’s ONLY if these users are Apple Developer Program members, and only if they have a device new enough to support said software.

Users will also find the newest Apple TV software coming in a Developer Preview today. That’s tvOS 13, with a new Apple TV app and eventual access to Apple TV+. This software will be available in a public beta later this month (June 2019) through beta.apple.com. This update will only work for Apple TV 4K and Apple TV HD.