Apple’s release of the iPhone 7 (with iOS 10 onboard) this week has one tiny mix-up that most users new to the software might miss. This has to do with the new feature within the Clock app called “Bedtime.” This Bedtime feature is an alarm that sounds two times – one time when the user should go to sleep, and another time when they should wake up. This feature is what Apple suggests will help with healthy sleeping habits: “Going to be and waking up at the same times every day are keys to healthy sleep.”

In Bedtime inside the Clock app, the user will first select a time to wake up. They’ll then select the days of the week they’d like the Bedtime alarm to work for them. The app will then ask the user how many hours of sleep they need each night. Generally they’ll choose around 8 hours.

A “bedtime reminder” is the alarm that sounds at some point before the user will go to bed to sleep. Apple allows this to be set “At bedtime” or at 15 minute intervals up to an hour before bedtime. The user then selects an alarm tone, then save their alarm.

The alarm is supposed to go off at the time they’ve set to be reminded to go to bed as well as the time when they’ll want to wake up the next morning.

Here’s where the trouble happens.

If the user ALSO sets a standard alarm for the time they want to wake up in the morning, it won’t work. Neither will the Bedtime alarm. For some reason, they cancel one another out.

As such, do this:

Use the Bedtime alarm OR use the Alarm alarm.

Until Apple fixes this oddity, don’t use both – or at least don’t allow both to go off at the same time.

For a number of users, both alarms going off a the same time makes both alarms silent. We’re not sure why, it just is what it is.

UPDATE: A Reddit thread recounts another handful of users that have encountered this mix-up. 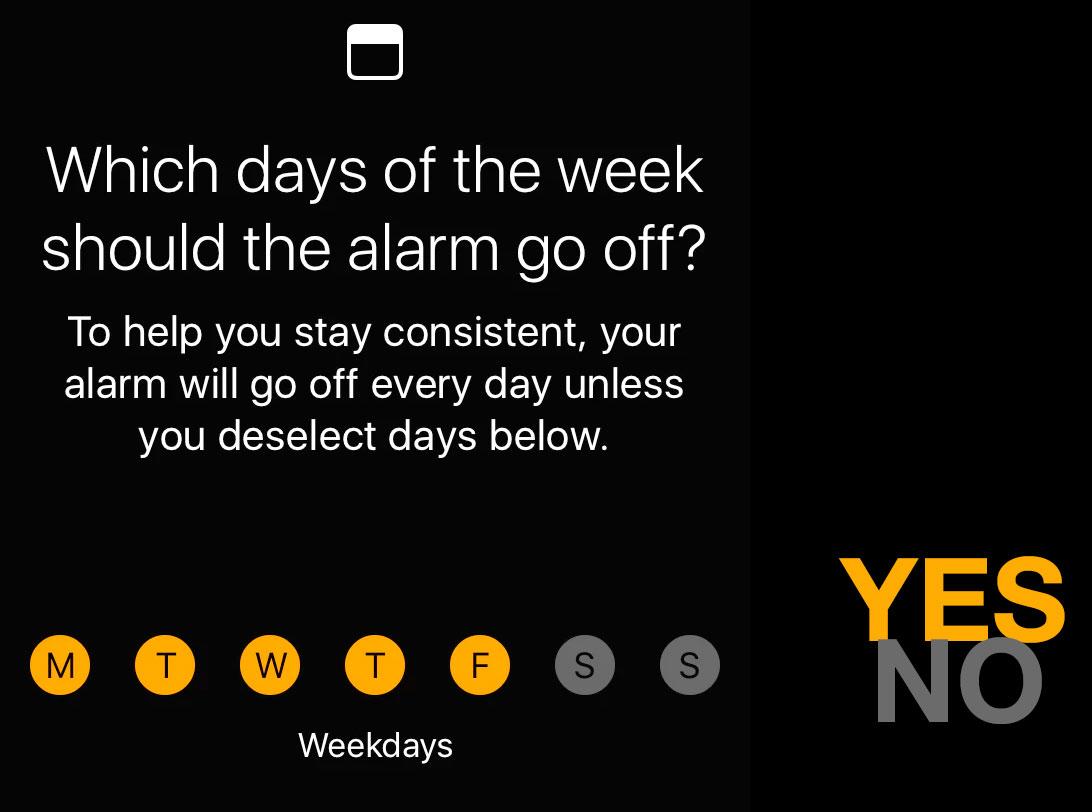 Another important note that some users – not everyone, but some – will find helpful: in this first release, selecting the days which the Bedtime alarm will go off means tapping them so that they’re orange. While the initial setup suggests “Which days of the week should the alarm go off”, the whole week is selected by default.

Apple also mentions “To help you stay consistent, your alarm will go off every day unless you deselect days below,” but still, we’ve seen users see the selection screen either way.

Have a peek at SlashGear’s @SlashGearApple Twitter portal for additional tips and news bits for iOS 10, iPhone 7, and all Apple devices already released!