To achieve the effect of a black hole in the film Interstellar, Christopher Nolan worked with real physicist Kip Thorne to depict scientifically-sound images. Thorne and a team at Double Negative Visual Effects worked to create a new code to solve the equation for visualizing light beams as seen from a viewer as they approach a black hole. This has never been done before. While previous studies have been performed at great distances and with light rays, this system bundled light beams together to create an image that was realistic, beautiful, and scientifically sound. 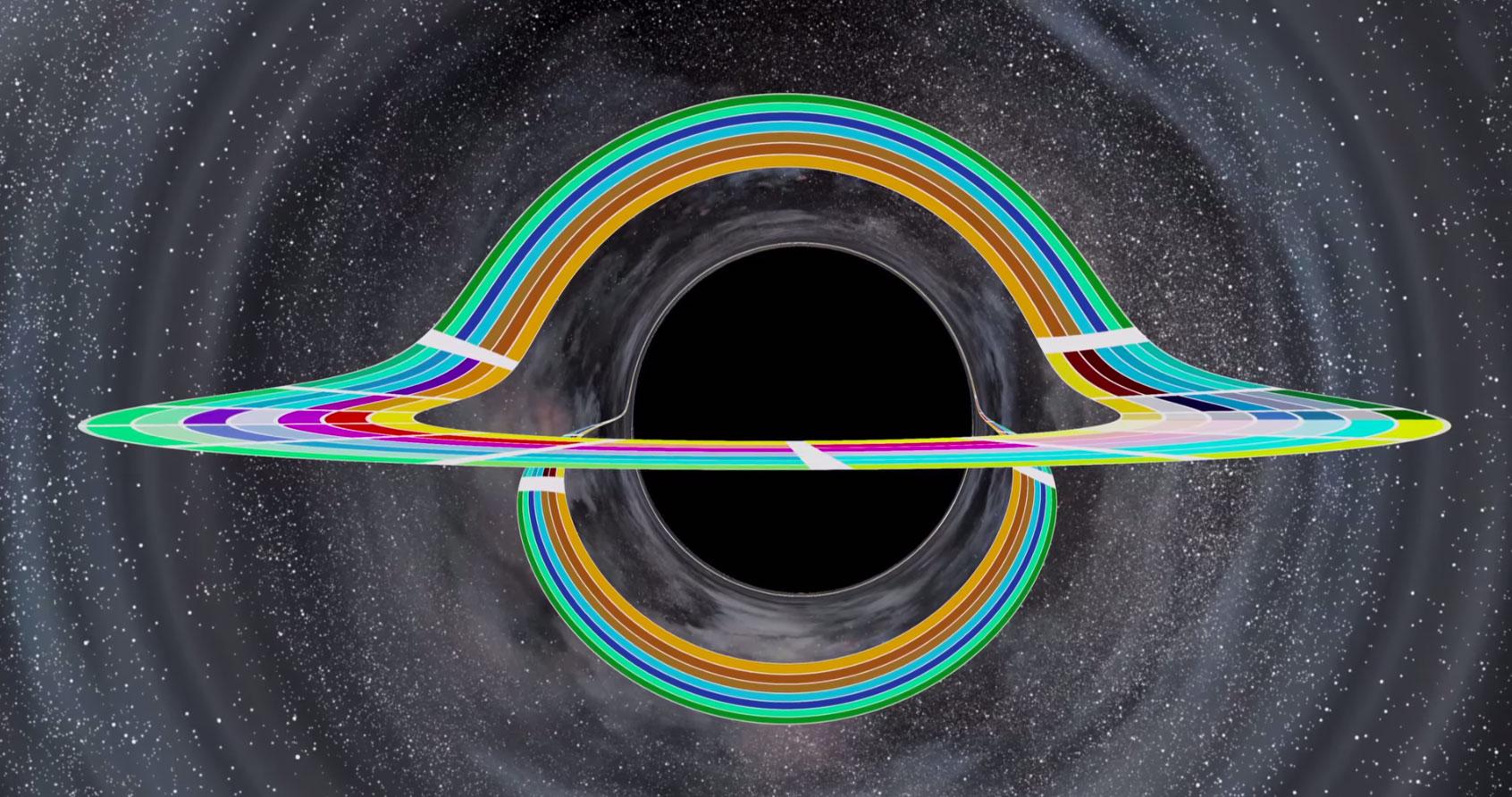 The video you’re about to see goes by the name “Building a Black Hole.” It was made by Warner Bros. and released back in October of 2014. Here it’s explained relatively briefly what work was done to achieve the visual effects in the film surrounding the black hole.

The team that worked this system out included Kip Thorne, but also brought aboard Oliver James, Eugénie von Tunzelmann, and Paul Franklin. Together they wrote the paper “Gravitational lensing by spinning black holes in astrophysics, and in the movie Interstellar” which you can also access now through IOP Science.

In this paper published on the 13th of January, 2015, they describe the methods used to create the black hole you see at IMAX-quality in the film Interstellar.

Part of the reason, they describe, that this rendering has never been done before is that it’s never been possible before.

They saw this as an opportunity to “bring realistic black holes into the Hollywood arena,” for one thing. They also aimed to “create a simulation code capable of exploring a black hole’s lensing with a level of image smoothness and dynamics not previously available.” 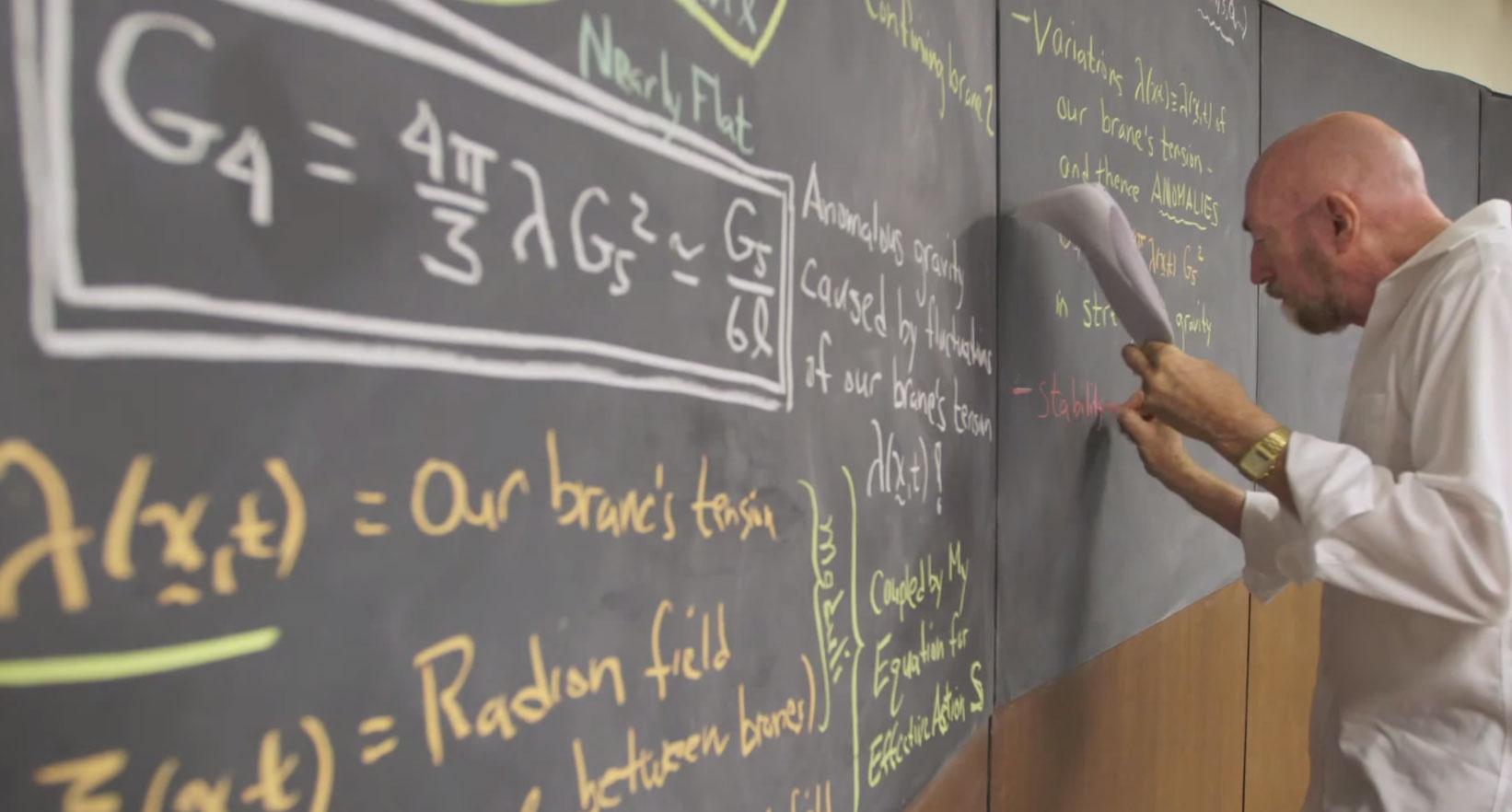 Thorne created a step-by-step “prescription” for how to map a light ray as well as a light bundle (the latter being a bit more appropriate for the big screen) from a light source. With light sources being a celestial sphere or an accretion disk – both bits of a black hole.

Thorne then turned his work over to the team at Double Negative Visual Effects who then created several renderings. 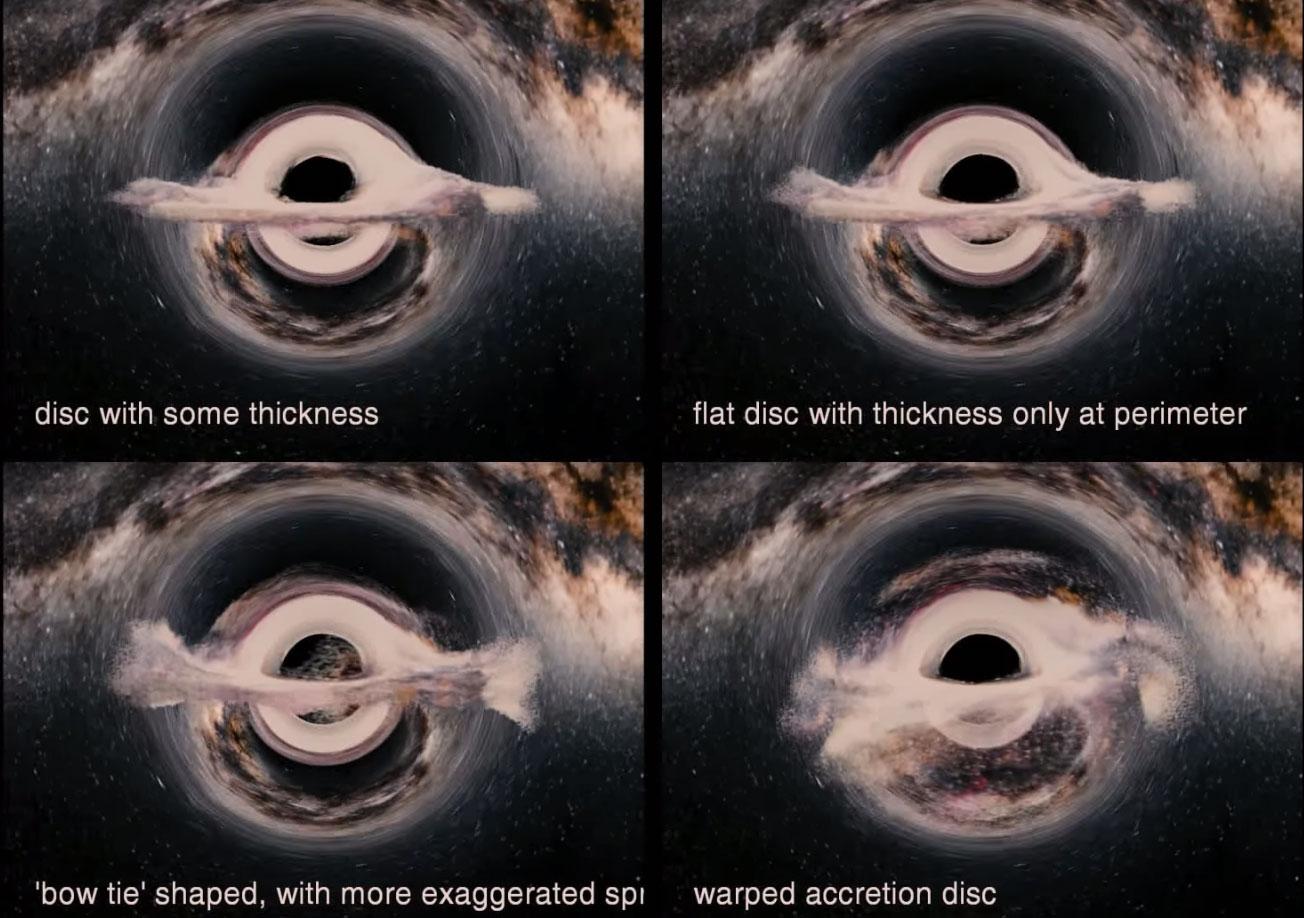 BELOW: Gravitational lensing of a star field by a nonspinning black hole, as seen by a camera in a circular geodesic orbit at radius. Picture courtesy Riazuelo*, from his film clip; coloured markings by [research team]. 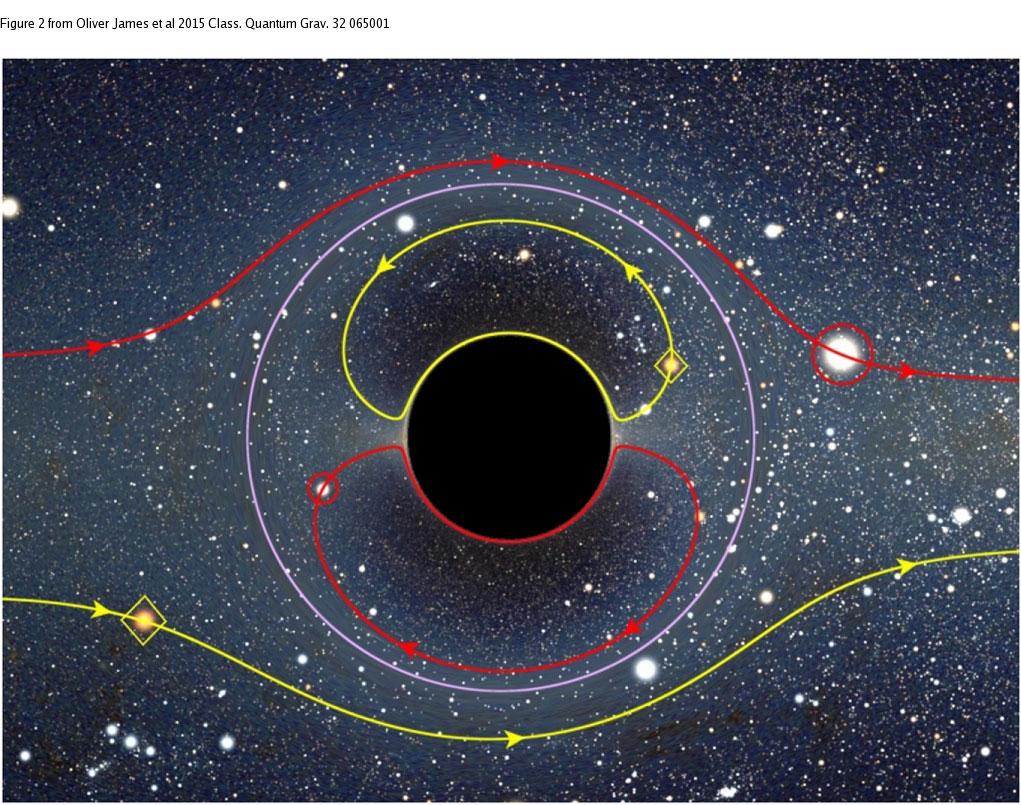 Above you’re seeing an image used by the research team to describe a non-spinning black hole. As the camera (our view) would enter orbit with the hole, images move around the sky along both the red and the yellow curves. Simple, right?

What was novel about this code was the use of beams,” said James of this project, “Previous work has concentrated on tracing infinitely thin rays of light. Instead we consider small bundles of rays and solve the equations that describe how their cross-sections get stretched and squashed as the beam propagates through warped space-time.”

“By using these beams we were able to maintain the point-like nature of unresolved stars and achieve the smooth motion needed for an IMAX movie.”

James continued, “By relating these curves back to the movies we created, we were able to gain a deeper understanding of the swirling images we’d seen.”

Below you’ll see how the film team implemented the final (film) product. The researched they performed and the scientific discoveries it’ll turn up in the future are yet to come.