SSD memory is fast. Really fast. It’s also much more stable than spinning drives are, making it pretty desirable for those who want reliable performance from their external drive or on-board memory (and who doesn’t?!). The limited offerings for SSD haven’t yet brought it to the mainstream bulk storage front, but a new technology just might do that. Pioneered by Toshiba and Intel, 3D NAND stacks SSD memory chips to allow for more memory in tighter spots? Early results have given us a 10TB SSD.

Most SSD in use now are single-plane, meaning the chips are all lined up in a pretty little row, waiting for you to give or access data. The new 3D NAND tech stacks those layers (Toshiba has stacked up to 48 layers), and with Toshiba’s existing 15nm process, can create dense arrays in tight spots. 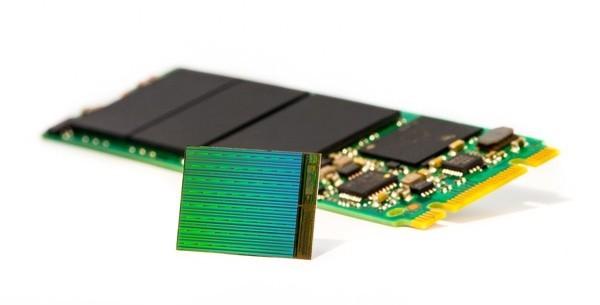 Though not quite as dense as Toshiba’s stacked SSD, Intel and Micron are working on their own 3D NAND tech. The 32 layer SSDs should arrive in about one year, according to Intel, and could bring us 750GB drives in a “single fingertip-sized package.” Micron says we will likely see 3.5TB drives the size of sticks of gum, and 2.5-inch drives that can hold 10TB.

If Intel is correct, the new tech will also drop the cost per GB when compared to planar NAND. In addition to more memory in a smaller package, we’ll likely see SSD pricing dip, making it much more attractive than the current offerings.