Dual-screen laptops might just be the next trend in consumer PCs, at least if ASUS, Lenovo, and Intel have their way. While smartphone makers are still stumped by the foldable display puzzle, laptop makers don’t have that same problem. They can have two screens separated by a hinge and can even have those two screens be of different types. That’s definitely the idea behind Intel’s Tiger Rapids, a prototype dual-screen notebook that has a regular LCD screen on one side and stylus-enabled e-paper display on the other.

Microsoft Courier this is not, though it’s probably the next closest thing for now. There are definitely some points where it resembles the stillborn device but even more ways that they differ. For one, the Intel Tiger Rapids is an actual working device, despite being a prototype.

PCWorld got a chance to see and even use this odd device which may become the blueprint for other OEMs to turn into actual retail products. On the left is the main display, a 7.9-inch LCD screen and opposite it is an EPD screen. The latter is not simply a mirror of the former nor is it just something for displaying static things like text. Much like some of the more advanced e-book readers these days, that display lets you draw and scribble on it with a stylus, pretty much a literal electronic paper. 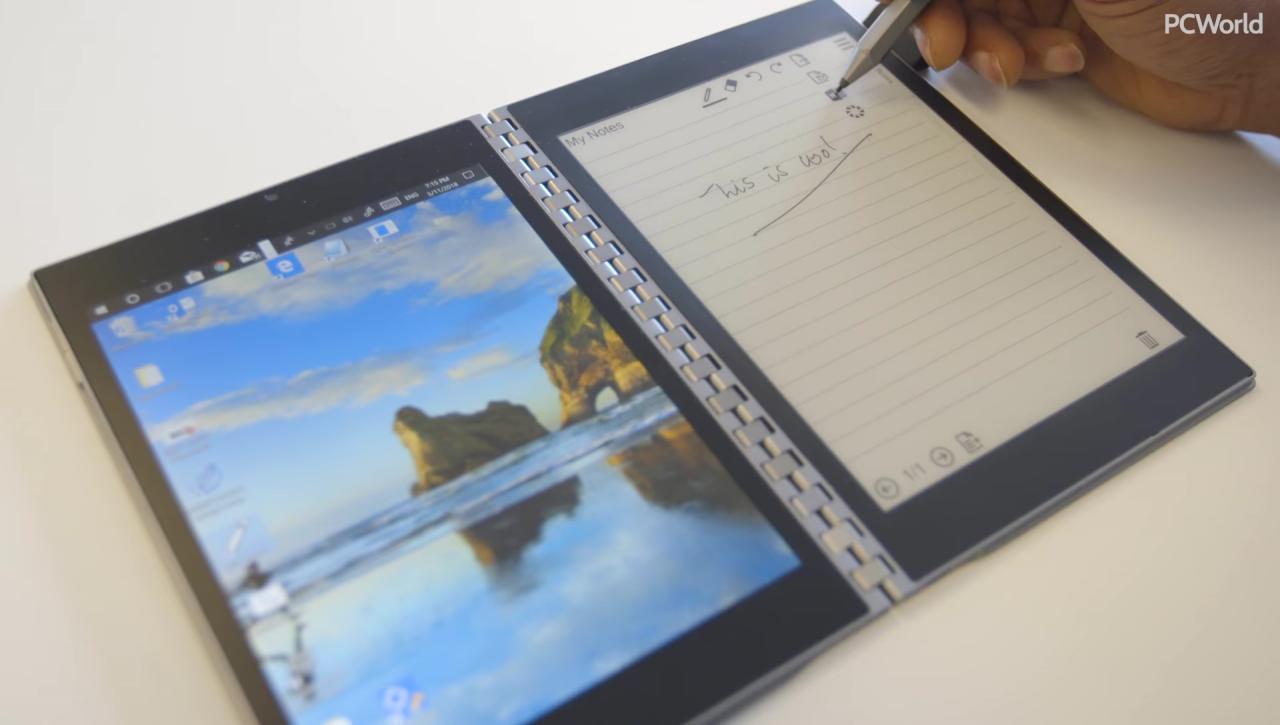 The one problem with this prototype is that the second e-paper display is really a distinct and independent one that simply transfers drawing information to the main screen. Intel does have another, slightly more advanced prototype that does have two LCD screens that can function pretty much like two monitors connected to a single PC. You can turn it into a keyboard, display two separate apps on each, or make one app flow into the other screen.

The question now is whether OEMs will bite into this Intel idea. Lenovo has its own plans which may resemble the first e-paper prototype. ASUS, however, is all screen but Intel is naturally boasting that its Movidius deep learning silicon is part of the Precog’s AI-centric hardware. But even bigger question, however, is whether consumers will actually buy these products. Given the low sales of the first gen Lenovo Yoga Book, there might be cause for skepticism.