Although Intel is often criticized for failing to scale its chips down to ARM’s level of energy efficiency, it still has the edge when it comes to raw processing power when TDP is not much of an issue. That’s especially applicable in research fields where the main concern is, to some extent, trying to make computers replicate how the human brain works. It’s for that exact purpose that Intel has developed its Loihi “neuromorphic” research chip that it has now put on a specialized system to provide the processing needs of special applications ranging from research to AI to IoT.

To some extent, Intel is taking a shot at its rivals in the silicon market, especially those that are gearing their chips towards AI and machine learning applications. Almost all of these, including Intel itself, simply reuse the same chips and computing architectures from normal consumer computing and apply them for such purposes. Intel, however, is saying that for specialized uses, you will need specialized architectures as well.

The Loihi chips, introduced in 2017, is such an architecture. The research chip was developed using the same principles found in biological brains to try and create a computer that more closely mimics how brains work naturally. Now it is putting those chips in boards that will go beyond the capabilities of organic minds. 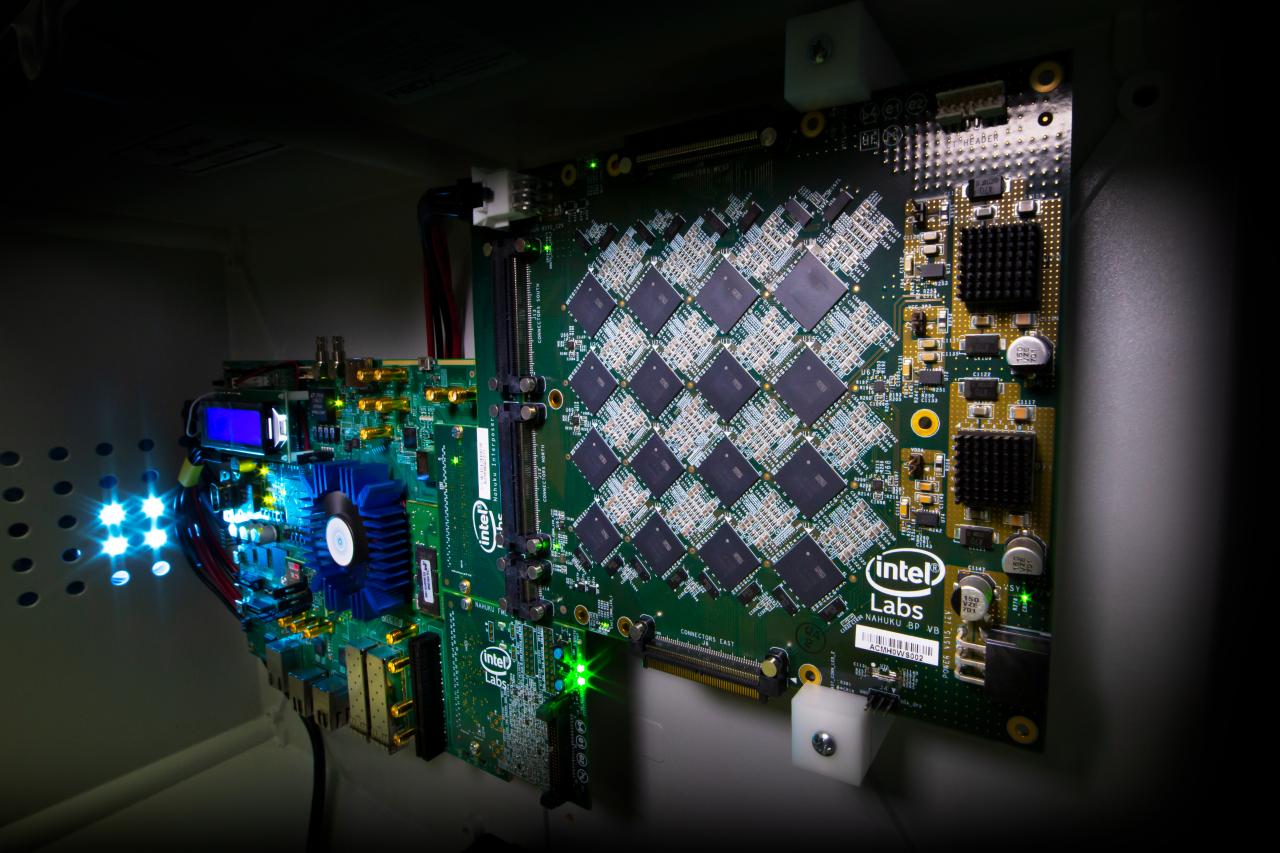 Intel showed off the Nahuku board pictured above that aggregates 8 to 32 Loihi chips. The Pohoiki Beach system, on the other hand, will combine several such boards to have a total of 64 Loihi chips working together to deliver processing power 10,000 more efficient than regular CPUs.

Intel envisions that these systems will be used by its research partners for creating ‘novel neural-inspired algorithms”, specifically for things like sparse coding, graph research, simultaneous location and mapping (SLAM), and path planning. These, in turn, can be used to advance the state of AI and machine learning used in everything from IoT appliances in homes to self-driving cars on the road.