Intel, Mobileye formula can determine who to blame in self-driving car accidents

Intel may have scaled down or even axed some of its extracurricular activities, like wearables and IoT, but it isn’t yet backing down from down from one of those: autonomous vehicles. After acquiring Mobileye just recently, the chip maker has double down on its involvement in making the self-driving car dream come true. It’s latest contribution, curiously, is a mathematical formula that it claims will offer a more or less standard way to not only ensure driving safety but also assign responsibility for when accidents do happen.

There are two main concerns when it comes to autonomous vehicle driving safety. First is what almost all car makers are currently focused on, the sensors, equipment, and algorithms that enable such cars to detect, identify, and avoid objects and people around them.

But there is also one other problem: assigning fault if and when accidents do happen. Amnon Shashua, Mobileye CEO and, now, Intel SVP, explains that accidents can’t be avoided when external factors beyond the car’s control comes into play. However, those cars are unlikely to cause the accidents on their own when they have all the data and control of the car available to them.

Thus, Intel is proposing a formula, part of its Responsibility Sensitive Safety (RSS) model, that lays out mathematically the rules by which self-driving cars should drive by to ensure safety. These same rules can also be used to determine who is at fault when safety is violated, be it the self-driving car, a human-driven car, or other outside conditions. 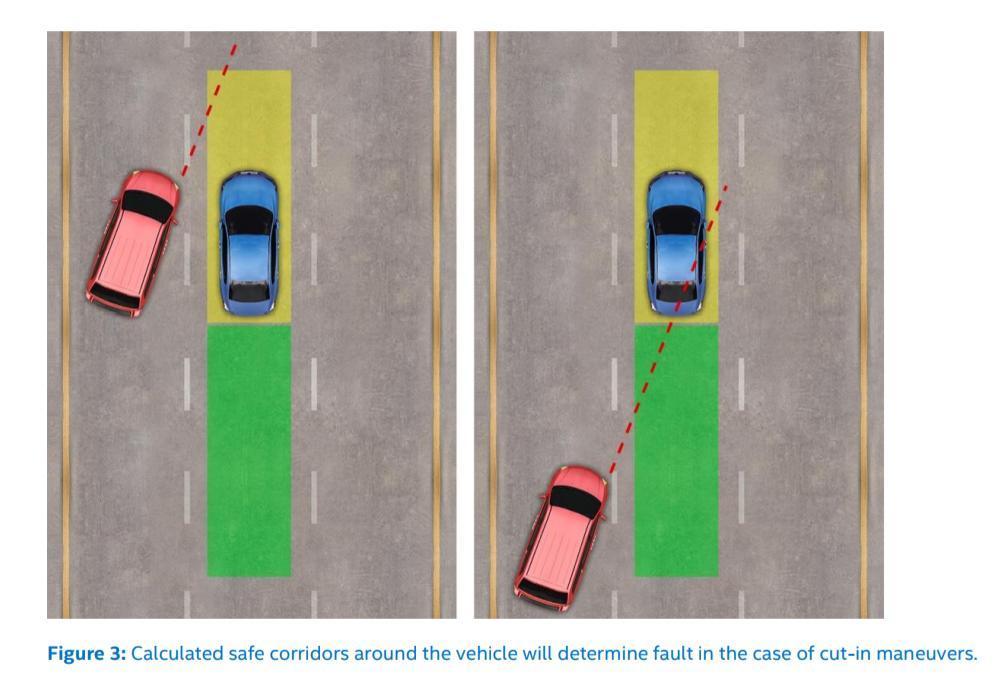 Intel isn’t proposing the RSS model to be directly used in the current and future self-driving car implementations. It is, instead, making a call for discussion, especially with regulators and lawmakers involved, to draw up standards for assigning accident fault. Of course, it would be tickled pink if its formula did become the basis of those standards.