The next few weeks will most likely be filled with news about new gaming consoles but that doesn’t mean PC gamers are being left out. In addition to new graphics hardware from NVIDIA and AMD, Intel also laid out its gaming-centric push around its upcoming 11th-gen processors. These Intel Rocket Lake-S processors might not be coming until early next year but that means you’ll have plenty of time to save up for what Intel is practically positioning as the next level in gaming on the desktop.

Some will argue that the numbers game is pretty much just industry marketing ploys but Intel points out that those numbers do mean something, especially in the context of gaming. Beyond just the usual high-frequency cores, gaming is heavily dependent on instructions per clock or IPCs. It’s no surprise, then, that Intel isn’t being modest about the two-digit IPC performance gains of its latest architecture.

Cypress Cove is the name of that new architecture and it is based on Ice Lake Core architecture paired with Tiger Lake graphics. For those where such details matter, yes, that means it’s 10nm backported to 14nm, which, in turn, means desktops will still have to settle for 14nm processors for this iteration. Some may cast doubt on that double-digit improvement because of that factor but we’ll have to wait for the benchmarks to pop up before we draw conclusions.

Although it still can’t hold a candle to discrete NVIDIA or AMD graphics, Intel’s integrated GPUs have definitely come along way, enough to power some games even at medium settings. Rocket Lake-S Series desktop processors will come with not just Intel UHD graphics but Intel UHD graphics featuring its latest Xe graphics architecture. And in case you do want to add discrete cards or Intel’s own Optane memory, support for up to 20 CPU PCIe 4.0 lanes promise more configuration flexibility in that area. 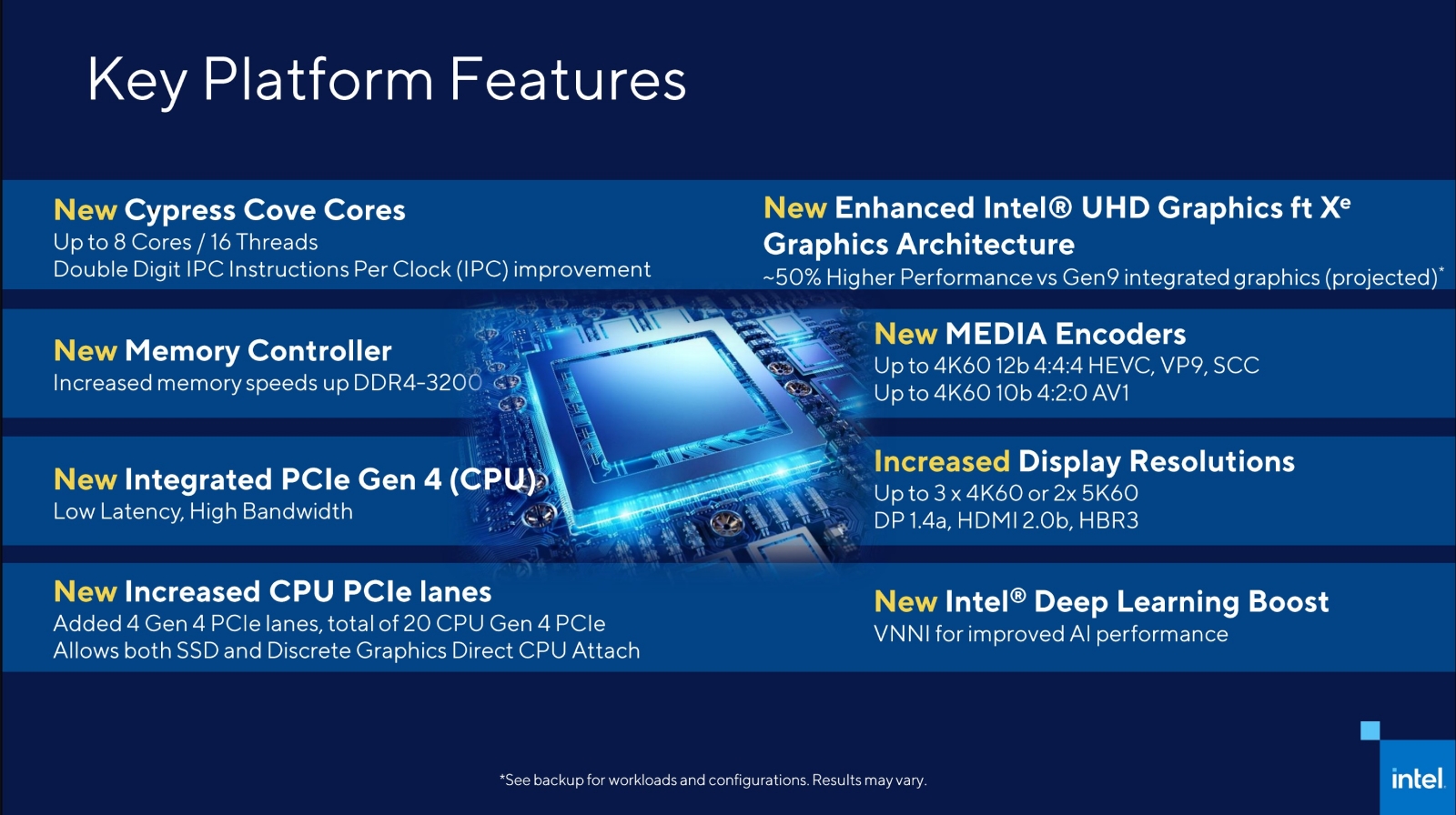 That’s just the tip of the iceberg, of course, and the Rocket Lake-S processors have more to offer, including support for three 4Kp60 or two 5Kp60 displays, new media encoders, and of course, everyone’s favorite AI special sauce via an improved Intel Deep Learning Boost. All of this gaming-friendly goodness will be coming when the chips launch in the first quarter of 2021 so gamers might want to get their wallets ready for new rigs to match.