Two new features for Instagram were revealed this week for users that have to deal with large numbers of comments. Power users on Instagram – influencers, photographers, and general celebrities – will benefit most from the two new features shown as part of the fifth edition Community Standards Enforcement report from Instagram and Facebook. Not all users will be able to use these features at first – they’ll be appearing on iOS first, Android second. It does not appear that users will be selected for testing based on any sort of follower count or popularity – this is out there for everyone, it’ll just be most useful for those users that need to deal with masses of followers.

What is a power user?

So you’ve got an Instagram account that brings in a bunch of comments that aren’t always entirely positive. Imagine you want to delete massive amounts of comments at once, but you don’t necessarily want to stop people following your account. What do you do? Starting this week, users will be able to delete a whole bunch of comments all at one time.

Users on iPhone and iPad will have access to the bulk delete system first. To enable the feature, you’ll need to tap on a comment, tap the dotted icon in the top right, select Manage Comments, and choose up to 25 comments to delete at once. 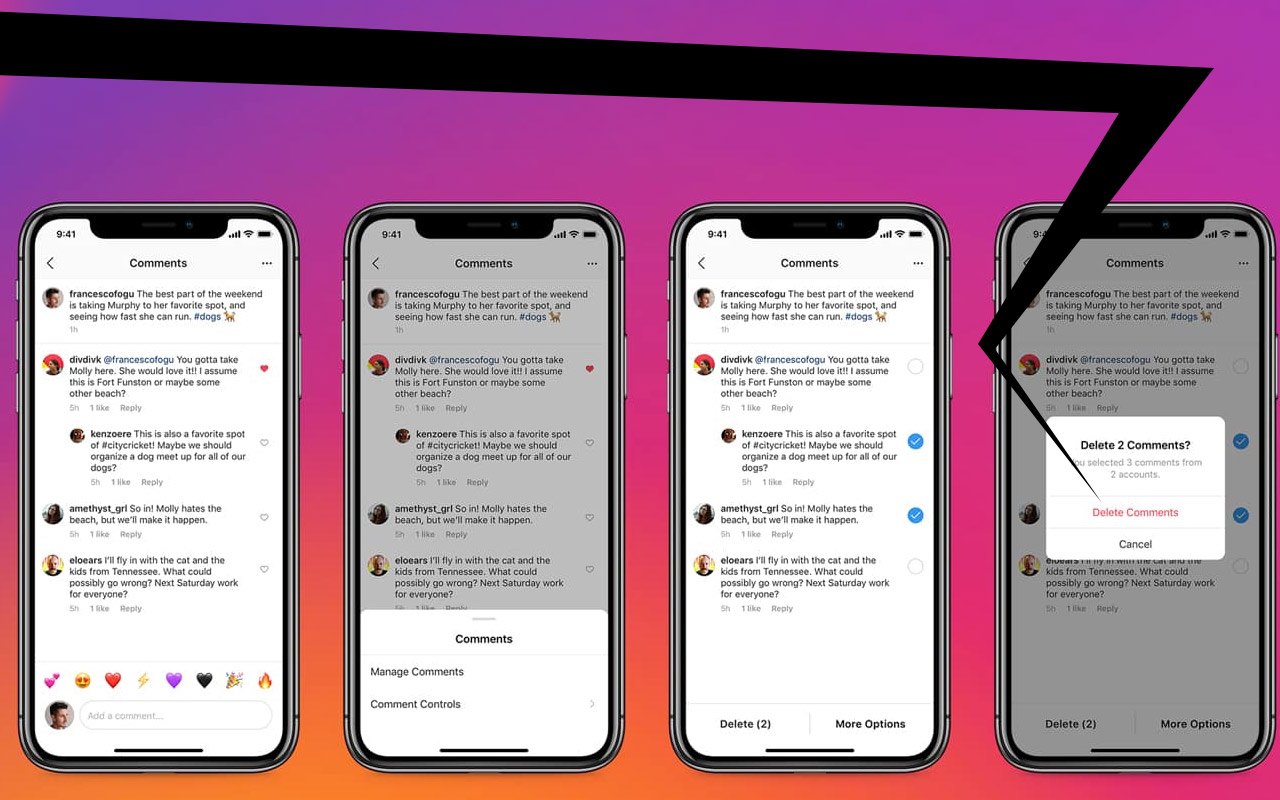 If you’re on an Android device, you’ll have a slightly more difficult time handling items in bulk – for now. More updates are on the way, hopefully soon. In any case, start with a press and hold of a comment, then tap the dotted icon that appears. Tap Block or Restrict to handle the account in the way that you see fit.

Comment pinning will be in “testing” soon, so it won’t necessarily be available for everyone right this minute. Users will see Pinned Comments likely this week – and it’ll probably be enabled on iOS first. Per the first release from Instagram, the feature will include the following instruction: “Pin up to 3 comments to show them at the top of your post and highlight positivity. When you pin a comment, we’ll notify the person who wrote it.”

Check your Instagram apps for the update with Comment Pinning in testing. The Comment Pinning feature will almost certainly be released to the iOS app first, then Android, starting this week.