Instagram plans to ban more users, but will alert them first

Instagram has updated its account disable policy in a way that will potentially result in more accounts getting banned. The change was made in order to ‘more consistently’ enforce the company’s policies, Instagram revealed in an announcement on Thursday. Under the new policy, users face getting their accounts banned if they receive or exceed a set number of violations within a limited period of time, among other things.

Instagram has a large list of rules about what isn’t allowed on its platform; posting forbidden content will result in that content being removed and the violation applying to the account. Thus far, too high of a percentage of violating content would result in an account being permanently deleted, causing the user to lose all of their posts, messages, and followers. 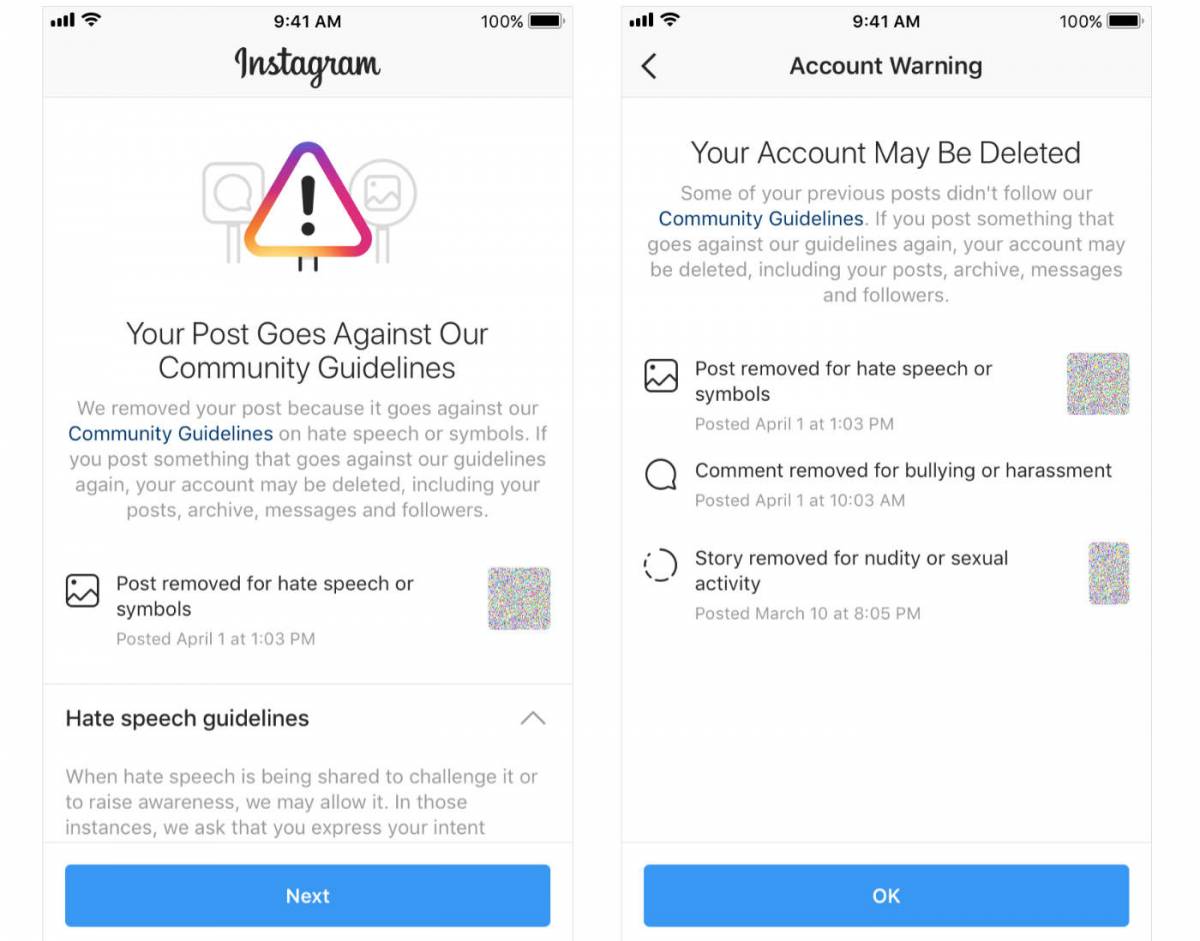 Nothing about that policy is changing — rather, Instagram announced today that it is building upon it and will also start deleting accounts that get a certain number of violations within a limited time frame. Adding this element to the company’s policy will potentially result in more account deletions, but could improve the experience for everyone else.

Instagram users will get a heads up before their account is obliterated, however, via a new prompt that appears when the user is in danger of deletion. The company shared a screenshot of the new violations warning notification (above), which shows the unacceptable content that was removed and, when applicable, warns the user that their account is dangerously close to being terminated.

This same prompt includes the option to appeal a post’s removal by Instagram, though the company is only accepting appeals for certain categories of removals at this time. Content removed over alleged hate speech, for selling drugs, and select other forbidden actions can be appealed; in the future, additional appeal options will be added.