Instagram parental controls about to change the way you browse

Although Meta itself is no stranger to controversy and legal inquiries, it was Instagram that was put on the hot seat a few months back for the way it treated its younger users. From accusations of trying to profit at the expense of teens’ mental health to criticisms for lack of parental control, Instagram has been painted recently as an unsafe place for young people to be, despite its popularity with that demographic. The social network has tried to recover from that bad PR and is now announcing features to reassure parents, but some of those won’t be rolling out until next year.

Instagram isn’t new to the social networking game, and the bulk of its users come from younger generations. You’d think that, at this point, it would already have safety measures in place to let parents safeguard kids, but that was definitely not the case. To be fair, it wasn’t until recently that Instagram officially allowed minors in, but it should have had provisions ready for that situation. 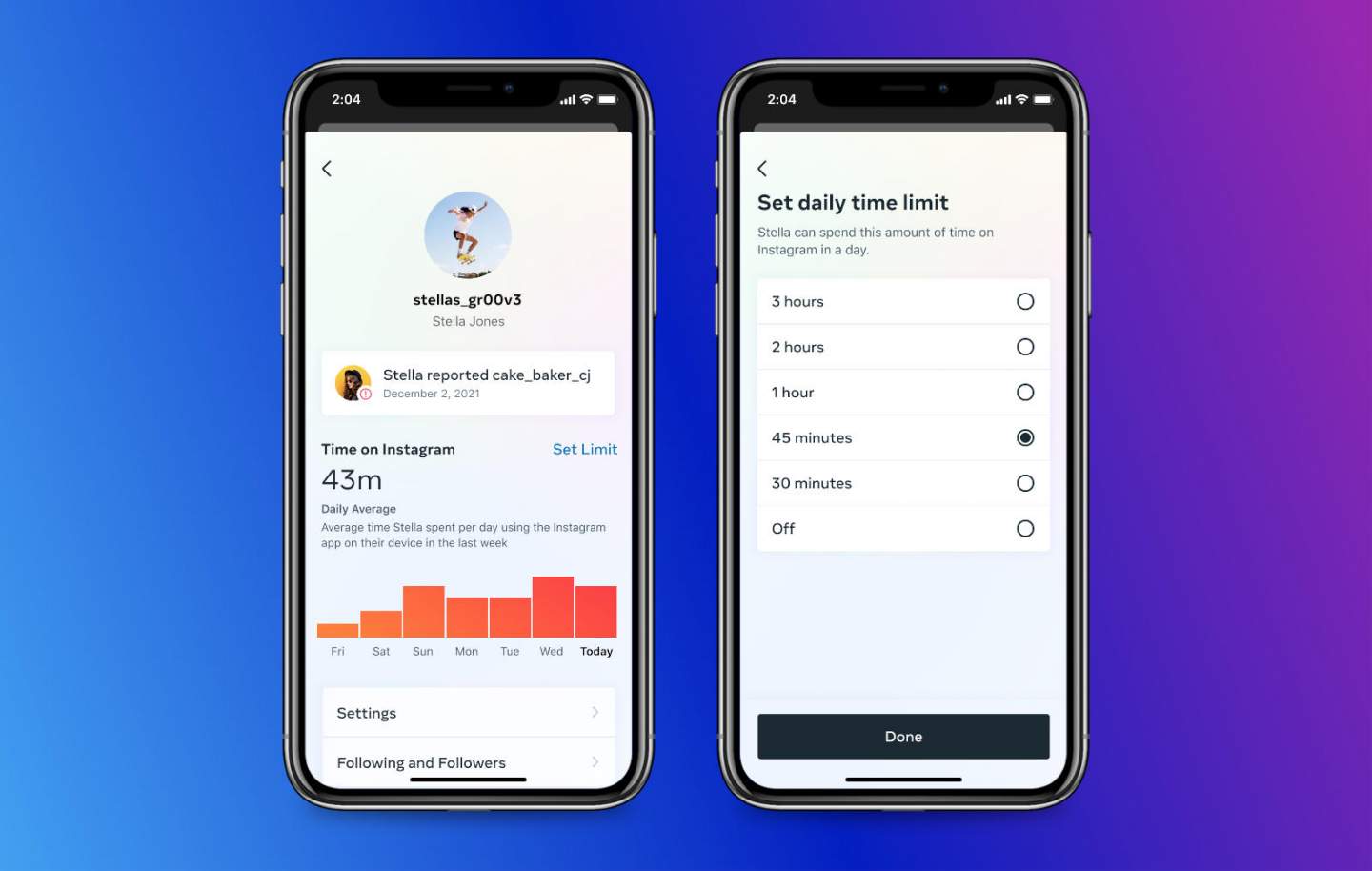 Better late than never, as some might say, and parental controls are finally coming to Instagram. The catch is that it won’t be until March next year before these parental controls become available. When it does, parents will finally have a say on how much time they want their kids to spend on Instagram. The company is also building an educational hub for parents that will probably try to ease their worries about the network’s impact on their children’s mental health.

Parents won’t have to wait long for one promised feature, though. Starting today, teenage users from the US, the UK, Ireland, Canada, New Zealand, and Australia will be nudged to take a break every now and then when they’ve been scrolling through their feeds for too long. Although it’s too easy to dismiss these notifications, Instagram hints it will be a little persistent and almost nagging in reminding young users to leave that setting enabled. 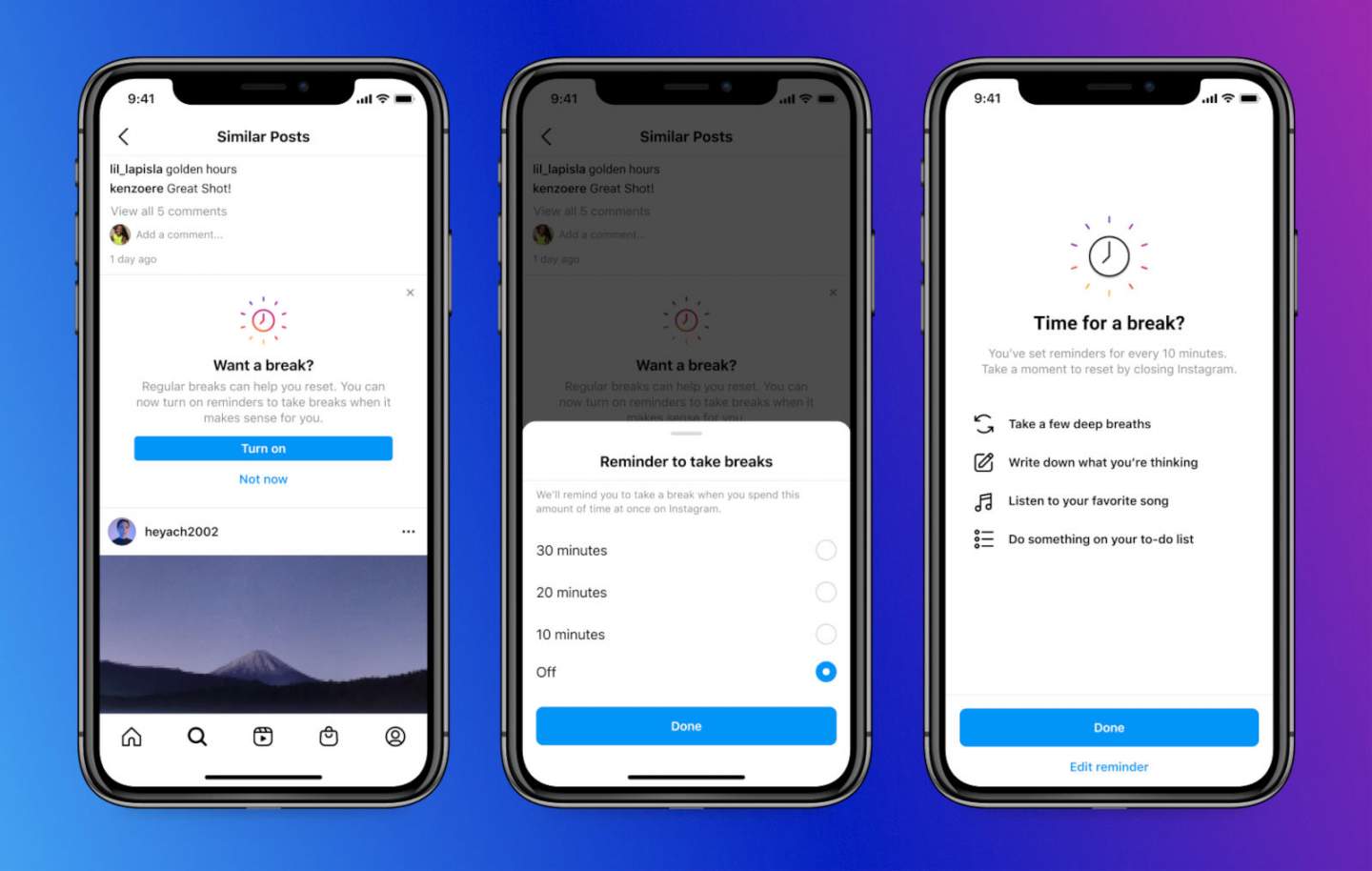 Instagram is also improving on limitations specific to teens’ accounts. For example, other people won’t be able to tag them in posts if the teens don’t follow those accounts. The network’s “Limit Even More” option for controlling sensitive content might also filter out potentially harmful search results, though this feature is still in its early testing stage.

There are also features being tested that will benefit not just teens but all users of all ages. Instagram is testing a new tool that will let users manage their activity better, like bulk deleting content, including previous likes and comments. If all goes well, this will be available in January. 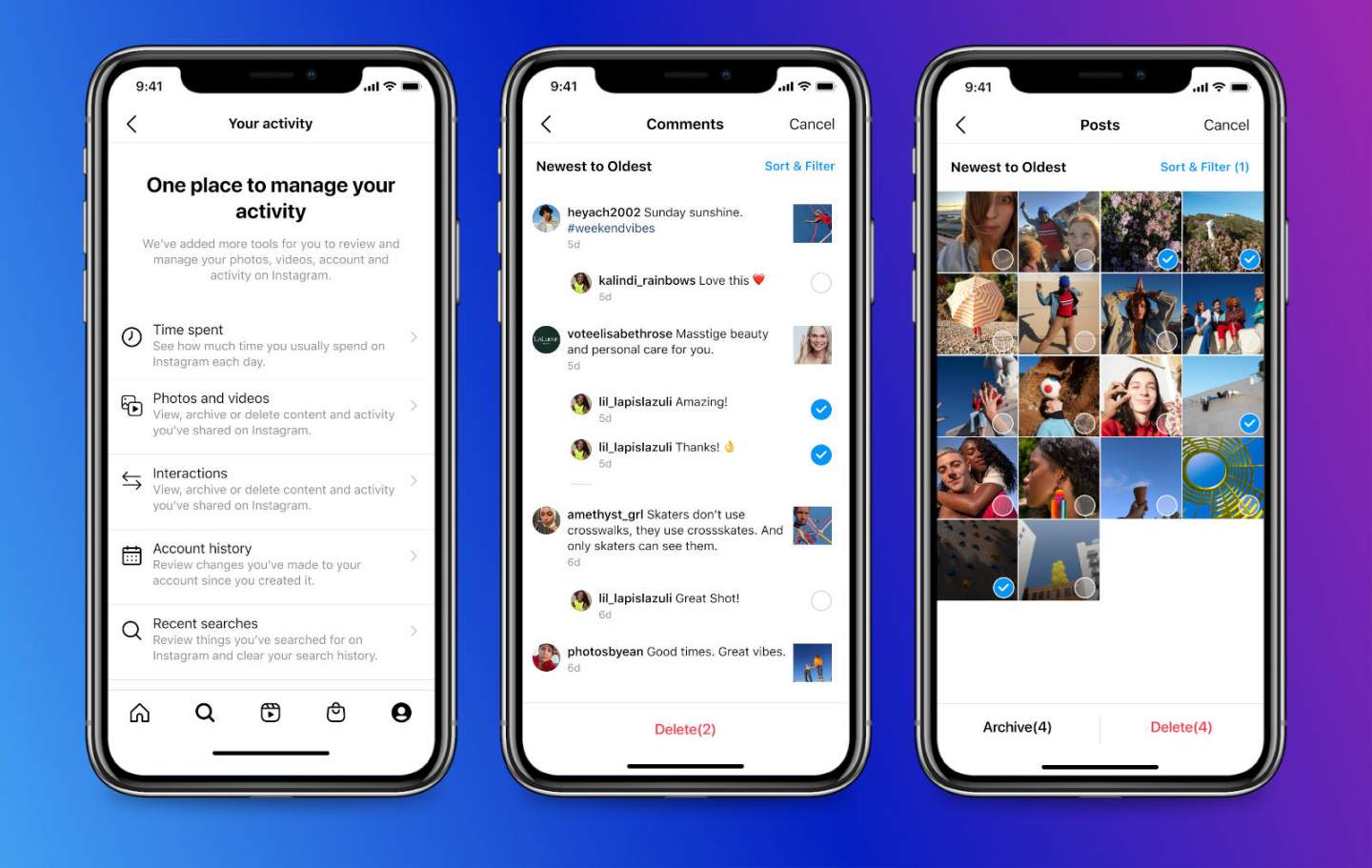 The social network is also preparing a “nudge” to remind users to look at other topics if they’ve been staring or searching for a single one for far too long. It’s almost like the “Take a Break” feature but focused on certain topics that can become an unhealthy obsession, especially if the subject matter can be deemed to be potentially harmful.