Instagram’s co-founders have resigned over their disagreement with how Facebook mishandled of users’ privacy. Now it seems their fears were well founded, if there were still any doubts in people’s minds. Not long after their resignation, there are already leaks pointing to how Facebook might use its now greater controller over Instagram to its benefit. Including handing over Instagram location history for Facebook’s own use.

There were already fears like this when Facebook acquired Instagram, Whatsapp, and, more recently, Oculus. These products are treasure troves of user data, all of which Facebook could use to drive traffic to its network, collect user data from non-Facebook users, and ultimately profit. It has, so far, promised to keep those separate, except in one case it didn’t. That, however, could be changing.

Facebook tells TechCrunch that they haven’t introduced such changes to location settings. It did inadvertently confirm, more or less, that such a test was made. More worrying, the source of leaked settings does have a track record of revealing changes that Instagram would first deny only to launch a bit later. 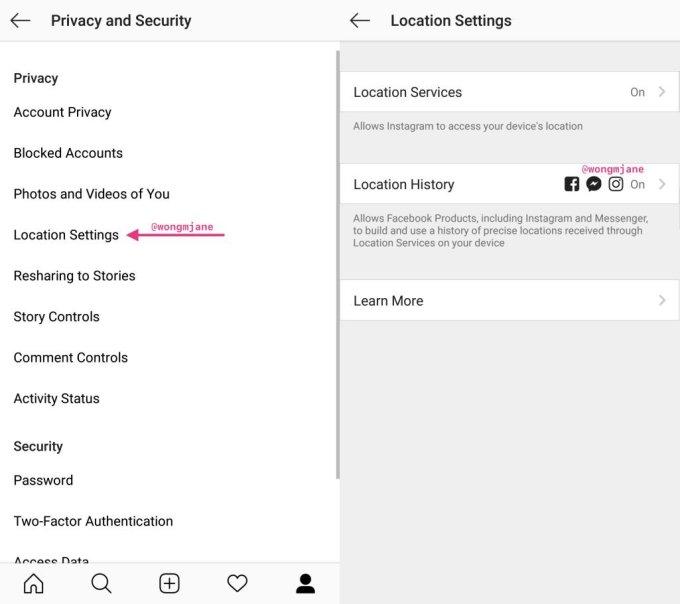 This could very well increase the complaints hurled against Facebook. If such a misfeature were to launch quietly, Facebook might have the legal grounds to keep that data collection exempt from regulation. But with increasing scrutiny against the company, there’s little chance such a controversial change would pass unchecked.