We’ve been waiting for Insomniac’s Spider-Man title for a long time, and today we’re finally finding out when it will arrive. Today, Sony and Insomniac announced a release date for the PS4-exclusive game, nearly two years after it was first announced. Not only that, but the two companies also revealed the various special editions that will be available at release.

In a post over on the PlayStation Blog today, Sony revealed that Spider-Man will launch on September 7, 2018. For now, we don’t know a whole lot about the game, aside from the fact that it’ll be an open-world action adventure title that follows a college-aged Spider-Man who has settled into his role as a hero and is about to graduate. We also know the game will feature villains like Wilson Fisk and Mr. Negative, but thus far, Insomniac has been pretty secretive when it comes to story details.

That isn’t really changing today, as Sony chose to focus more on the various packages that will be available when Spider-Man launches in September. Obviously, we’ll have the standard edition of the game, which doesn’t come with any bonuses of note and will cost $59.99 here in the US. If you’re buying digitally, you’ll be able to pick up the digital deluxe edition, which costs $79.99. 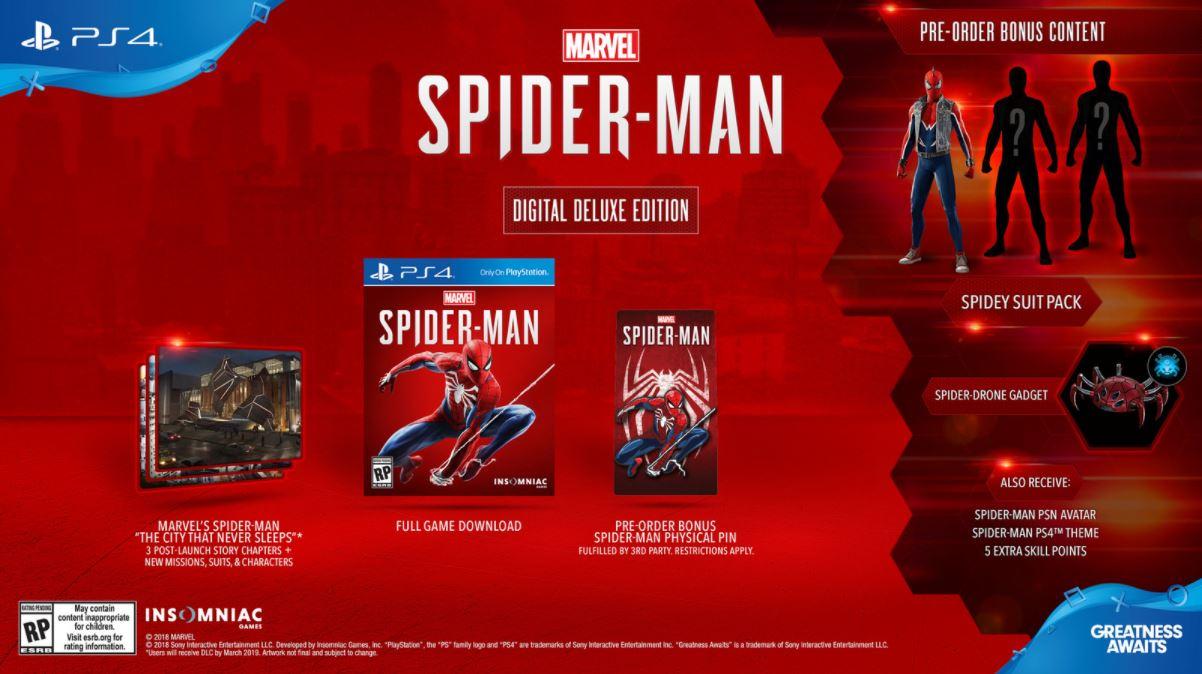 The digital deluxe edition will feature a Spider-Drone gadget to use in-game, along with a Spidey suit pack that features three skins – two of which that have yet to be revealed. Sony promises that the reveal of the second will come soon, while the third skin will be revealed in July. You’ll also get access to The City That Never Sleeps, a DLC campaign that features three new chapters, and Sony will even mail your a physical Spider-Man pin for picking up this edition. 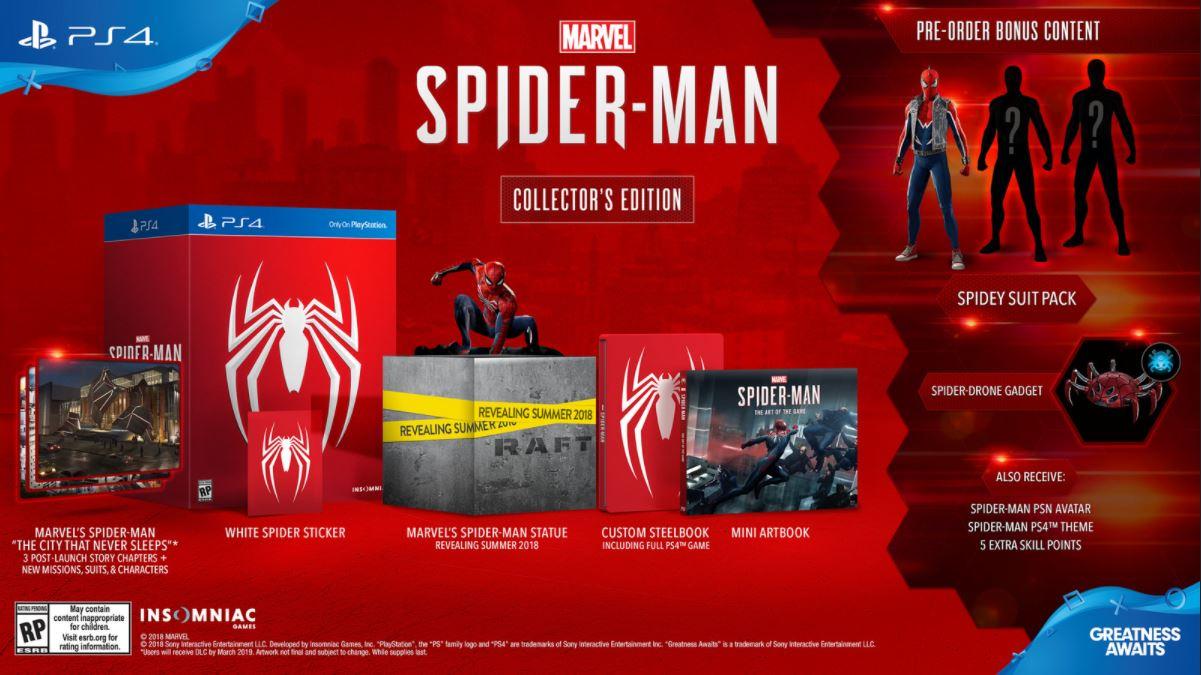 Next we come to the physical collector’s edition. This comes with everything included in the digital deluxe edition, throwing in a mini artbook, a custom steelbook case for your game, a white spider sticker, and a Spider-Man statue for good measure. Unfortunately, Sony isn’t revealing what that statue is today, instead saying that we’ll have to wait until summer to find out.

As it turns out, the disappointing realization that we’re at a point where companies are now holding back special edition contents just to further milk release announcements is the biggest reveal of the day, so kudos to Sony for that one. In any case, get prepared to drop some serious cash on this collector’s edition, as it will set you back a whopping $149.99. With a release date now set, expect Sony to go heavy on Spider-Man promotion during its 2018 E3 press conference, so look start looking forward to that.