NASA’s InSight rover touched down on Mars late last month at a landing site that the space agency’s researchers narrowed down to a 81-mile-long ellipses. Thanks to the Mars Reconnaissance Orbiter’s HiRISE camera, NASA has been able to visually confirm its lander’s exact position, as well as its parachute and heat shield. Three images of the objects have been shared with the public.

NASA has already received and shared images of the InSight rover, but these are the first photos showing the machine from space. The space agency received the images from the MRO last week, followed by more earlier this week, revealing the heat shield, parachute, and lander located on Mars’ lava plain Elysium Planitia. 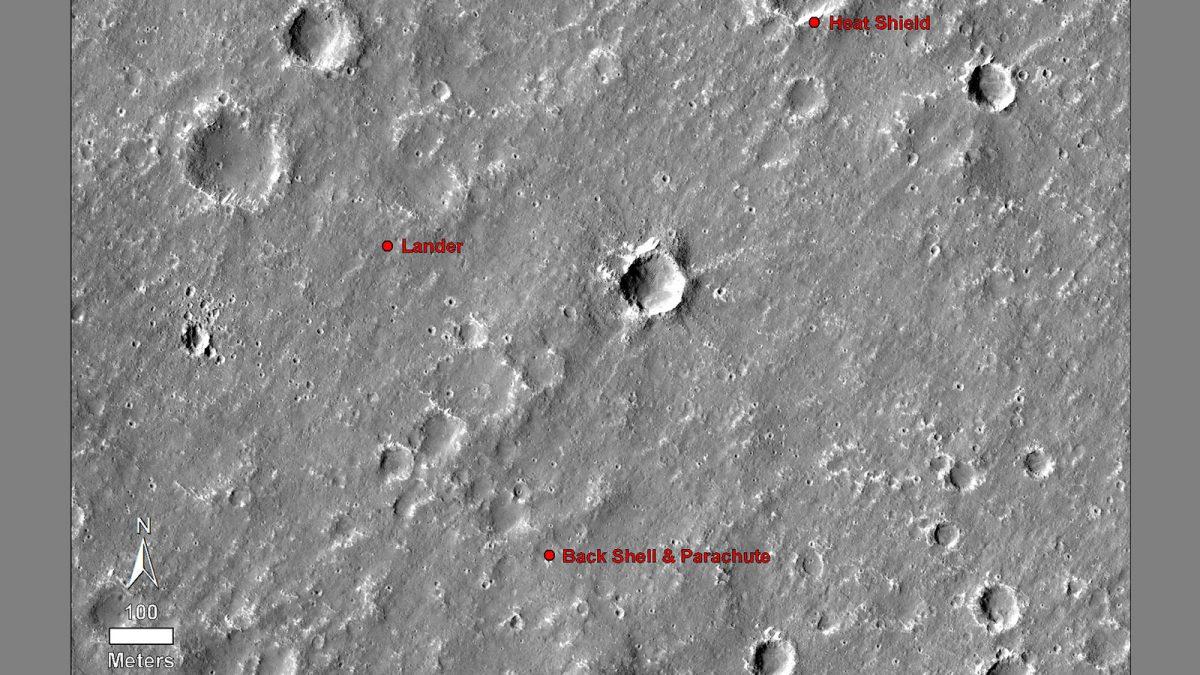 According to NASA, the three components are located within 1,000ft of each other. The images above show a bright green/teal color, which the space agency says isn’t accurate, but instead the result of light reflecting off the surfaces. The ground around the lander (the dimmest of the three images) is scorched due to the rover’s retrorockets.

Visible on either side of the lander are two “butterfly wings,” which NASA says are solar panels. The space agency has already shared a number of images from InSight, as well as a recording of wind on Mars that was captured via vibrations the rover experienced from the breeze. With that recording, humanity was given its first sounds from Mars.

Earlier this month, NASA also shared an image of InSight’s robotic arm as it prepared for work. As well, the space agency has published its first full “selfie,” providing NASA and the public with their first complete image of the rover on the Red Planet.