Inside the bratwurst factory: How BMW is prepared for the EV age

Usually you don’t want to see how the sausage is made, you really don’t. At best it leads to disillusionment, at worst downright disgust. However, when the offer comes up to tour one of BMW’s largest plants, that’s not one of those situations.

The BMW Dingolfing plant in southern Bavaria inspires awe, and makes you feel that if the automaker could design all the systems in the world we’d no longer have flight delays, lines at the post office, or traffic jams. In our current state of tremendous change away from combustion engines, to electric vehicles being the way of the future, the systems running behind the scenes will make or break you. Tesla’s well-documented production problems are testament to this. There aren’t many people that will happily wait a year and a half for anything these days, so BMW is gearing up to meet demand.

An hour up the autobahn from Munich at a brisk 240 kph (149 mph) will bring you to Dingolfing. As the facility comes into sight you see several huge buildings grouped together, the tone set with a billboard greeting visitors and employees alike, showcasing BMW’s next vision for mobility, their futuristic 8 Series. 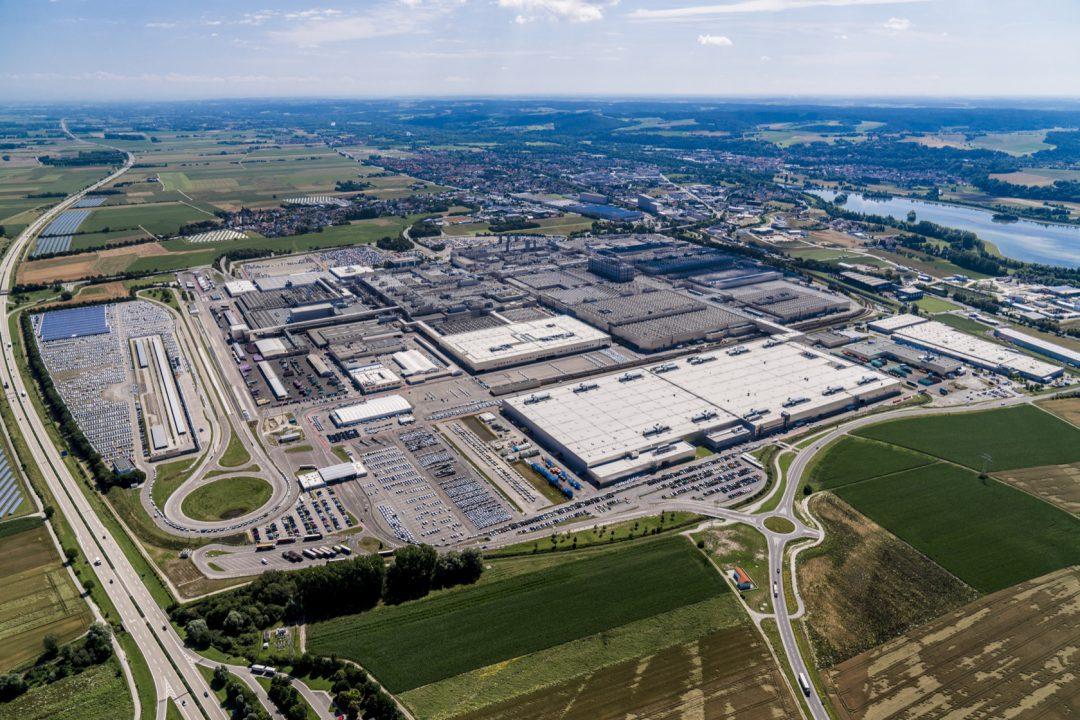 As with all things German understatement prevails, as the simple structures belie the complexity of what happens within. It’s here that BMW manufactures and assembles everything from the 3 Series to the new 8 Series and every numbered series in-between, 1,600 of them, on a daily basis. Dingolfing is also where they produce the high-voltage batteries, powertrain and chassis components for BMW’s electric and hybrid vehicles. Over the last few years €100 million (US$115 million) has been invested into Dingolfing’s electric drive capability, demonstrating BMW’s commitment to the future direction of automotive manufacturing. In 2021 they will launch the BMW iNEXT (their first all-electric car), which will also be manufactured and assembled at Dingolfing. If there was one place at the heart of BMW’s vision for bringing future mobility into reality, it’s here.

Walking through the automotive production plant you watch a sea of shiny new omponents moving through their highly-choreographed dance, through which they are transformed from raw ingredients – by themselves eliciting little emotional response – into a finely honed vehicle, not just for mobility, but engineered for deep emotional engagement. You see humans and robots working effortlessly side-by-side, the robots doing the heavy lifting and physically demanding tasks, freeing up the employees to work on tasks requiring a human touch. The workers are busy, but they appear happy, and like they’re working with a mission. 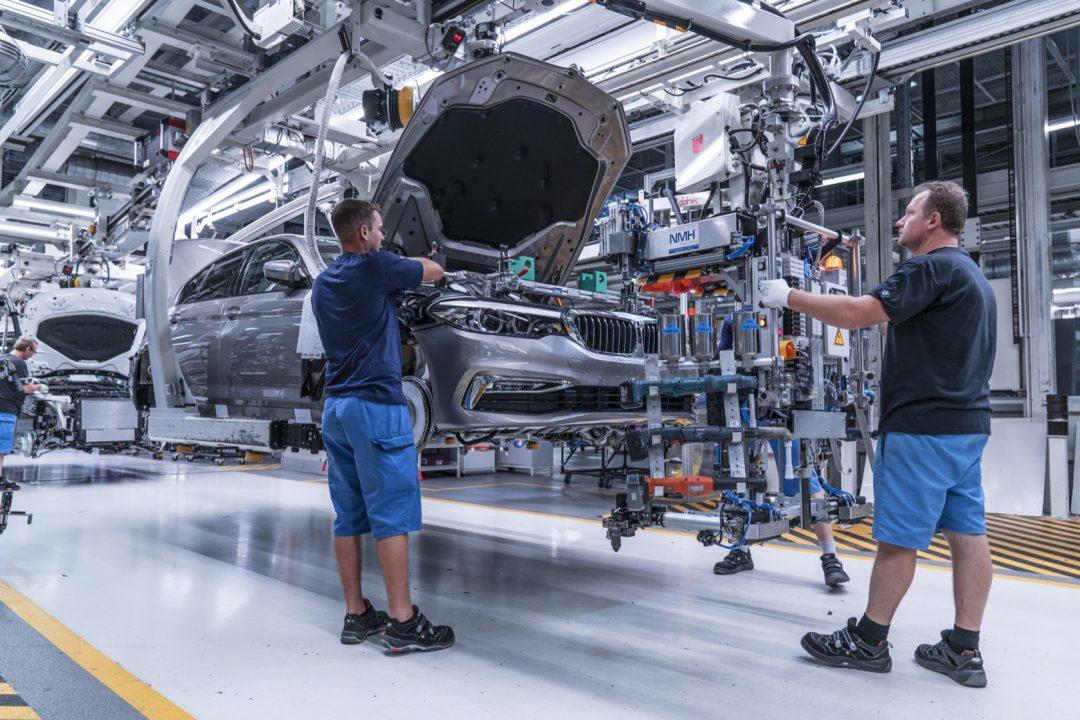 Within the new production hall, 6,000 square meters (64,583 square feet) is dedicated to global manufacturing of eDrive components, with over a third of the space dedicated to the production of the electric motors, battery modules and assembly of the high-voltage battery packs. Each of the facilities is designed to allow for rapid growth in production, with space already allocated and planned for future expansion. 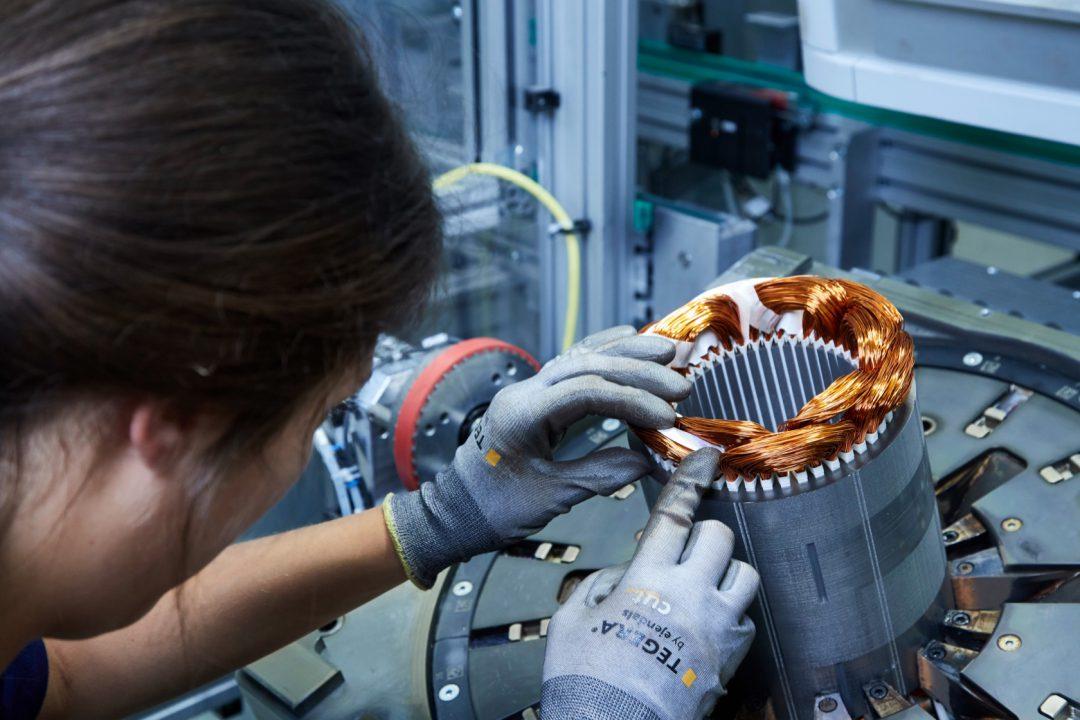 If you haven’t spent your days hanging out in vehicle manufacturing facilities none of this seems like a big deal, but let me tell you, it is. BMW have carefully considered every single process and action they take to build their hybrids and electric cars and found ways to integrate them into manufacturing and assembly lines in existing plants. You see, as a car progresses down the production line it doesn’t spend more than 60 seconds at any one station. The same employee at each station might work on a 530d for one minute, then an M5, and a 530e iPerformance the minute after that. This means that they have to have all the equipment they need at hand, and the training and skills to move between every platform produced on that line. At first glance this seems incredibly complex and inefficient, but the deeper you dig the more apparent it becomes that this increased ability gives BMW flexibility. 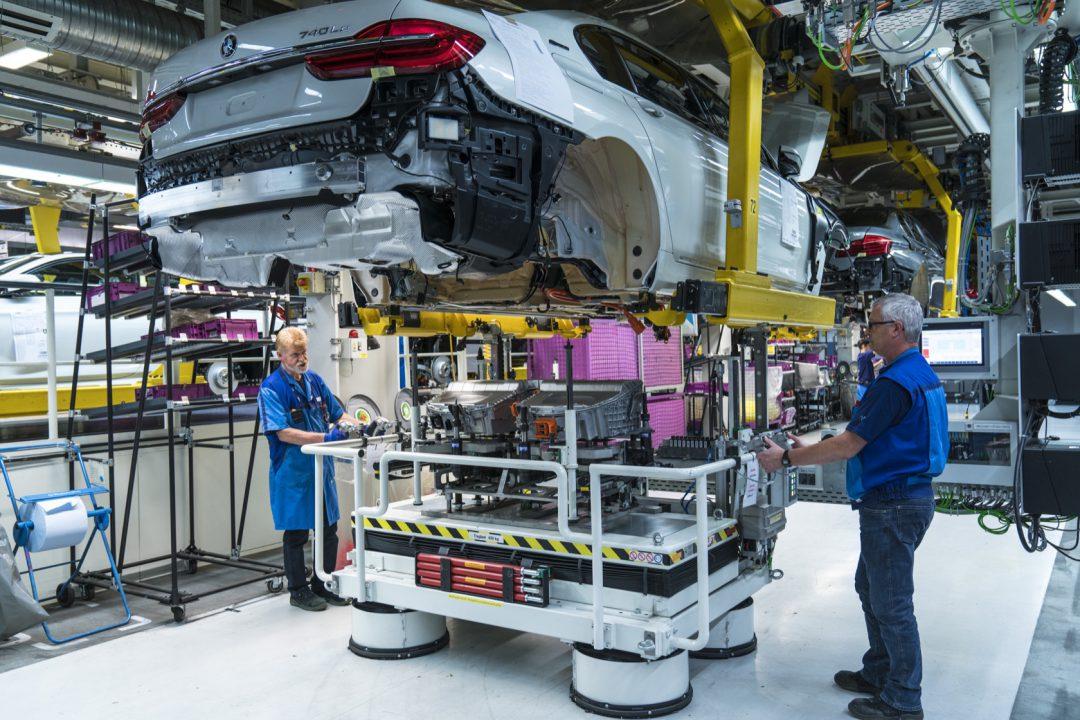 And flexibility gives you options. Best-case scenario it takes three to four years to build out a new facility and it will cost you into the triple-digit millions. And what if you’ve overestimated demand? Production lines that are underutilized bleed money and people, when this happens innovation becomes a secondary priority to business survival.

Work out how to fit those new manufacturing processes into your existing lines and train up your people, though, and you’ve got employees with greater job satisfaction and security, less chance of your facilities being underutilized as demand for particular models fluctuate, and you save yourself all that ramp-up time that comes with a new, purpose-built facility. 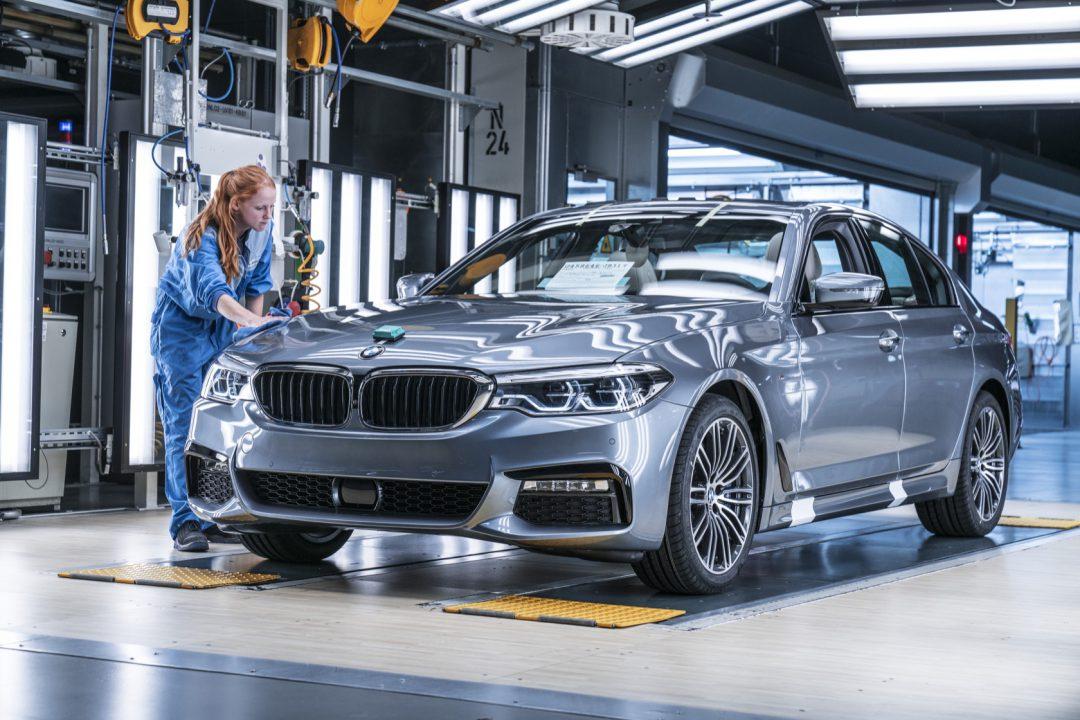 After spending two days with the heads of BMW Innovation Management, Electrified Drivetrains, Engine Production and Assembly one thing becomes clear: no-one truly knows how quickly the adoption of hybrid and electric cars is actually going to happen, but that BMW is ready whatever the eventual answer. They’re ready to keep making combustion engine cars for as long as people want them, but they’re also poised and ready to produce plug-in hybrid and fully-electric cars, all on the same production line. No waiting for new facilities to be built, and most importantly no lengthy waitlists for customers who are eager to get their hands on a shiny new Bimmer EV. 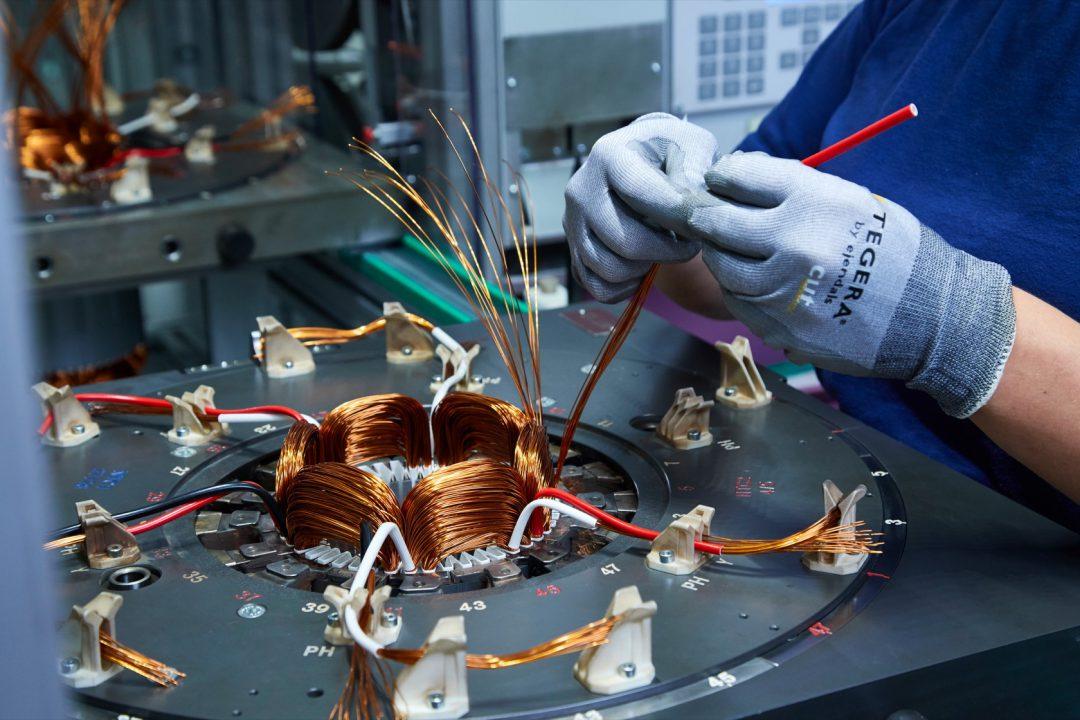 BMW is betting that up to 25% of all cars on the road in 2025 will be electric, or at the very least hybrid. But what will the percentage split be? No-one knows for sure, and that’s the kicker. That’s where this built-in manufacturing flexibility makes sense. If demand is high for combustion engine cars one month but then switches to electric the next there won’t be crickets chirping in BMW assembly plants and employees twiddling their thumbs, they’ll simply send more of the in-demand platforms down the line.

In addition to spending time at the Dingolfing plant, the Head of Innovation Management, Technology Development Engines shared a look into BMW’s prototype shop for electric drive components. Unlike many other vehicle manufacturers BMW has researched and built their own battery pack (sourcing battery cells from a third-party manufacturer) and electric engines rather than buying an off-the-shelf solution. For a hot minute they considered buying pre-made, but couldn’t find anything that met BMW standards for quality, output, size and weight. Developing their own solution means they can continually test and improve, and have complete control over production and quality. 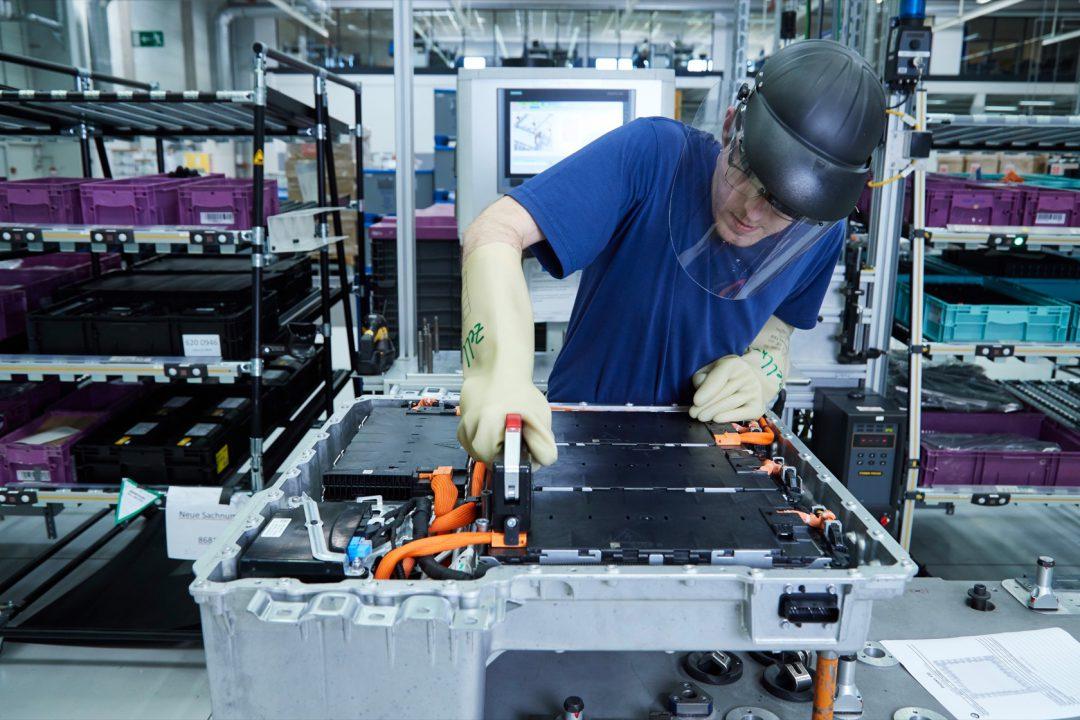 BMW’s approach comes across as very Apple-esque. By retaining control throughout development, closely overseeing manufacturing (even by third-party suppliers), and painstakingly considering how everything works together in the final product they can provide a fully integrated, more enjoyable and seamless experience to the end driver. Android phone users, feel free to wax on in the comments about the benefits of having personal control and all the third-party systems you can poke a stick at in one product, but surely you’ll agree that having all elements of a vehicle designed and built in-house with a common goal in mind produces a higher-quality, more capable, safer and more enjoyable car at the end of the day.

Not many people know this, but BMW are already up to the fifth generation of their electric drivetrains, and have developed a modular design where engines and batteries can vary in size and performance but still be based on a shared, standardized platform to allow for scaling across models. In the future we’re going to see even more standardization from BMW. You’ll walk into a dealership and select any model, and then choose to have it fitted out with combustion, hybrid, or electric engine (with single or dual electric engine configurations a possibility). Again, this standardization of components and processes allows BMW even greater flexibility in the manufacturing stages while keeping costs and wait times down for drivers.

As smart as BMW’s cars have become, the real genius is hidden away within facilities like Dingolfing, in their carefully crafted and refined systems. It’s in the way they approach design, constantly looking for ways to improve their prototyping, manufacturing and assembly — poised for the inevitable pivot in consumer demand. This is what they believe will set them apart, and ensure they’re ready for the future.