The Mars Ingenuity helicopter has been performing very well, and its mission has gone much longer than originally anticipated. Currently, Ingenuity is being used to help find places for the rover team to explore in more detail. On the most recent Ingenuity helicopter flight, the team captured a 3D view of a rock-covered mound.

The images were captured on the 13th flight of the helicopter, which occurred on September 4. The plan for that particular mission was to explore the region of Mars’ Jezero Crater known as the “South Seitah” region. The particular geologic target for the mission is called “Faillefeu” by the Perseverance rover team.

The image is a composite image taken from a lower altitude than any past photographs snapped by Ingenuity. The altitude they were taken from was 26 feet. The rock formation is approximately 33 feet wide and is visible a little north of the center of the image. The ridgeline where Faillefeu resides is known as “Artuby” and spans more than half a mile.

The image also shows sand ripples that are common in the area. NASA says the image is best viewed with red-blue glasses. The stereo images were created by combining data from two images taken 16-feet apart using Ingenuity’s color camera. The images were taken from a distance of 16 feet apart to overlap when viewed with 3D glasses. 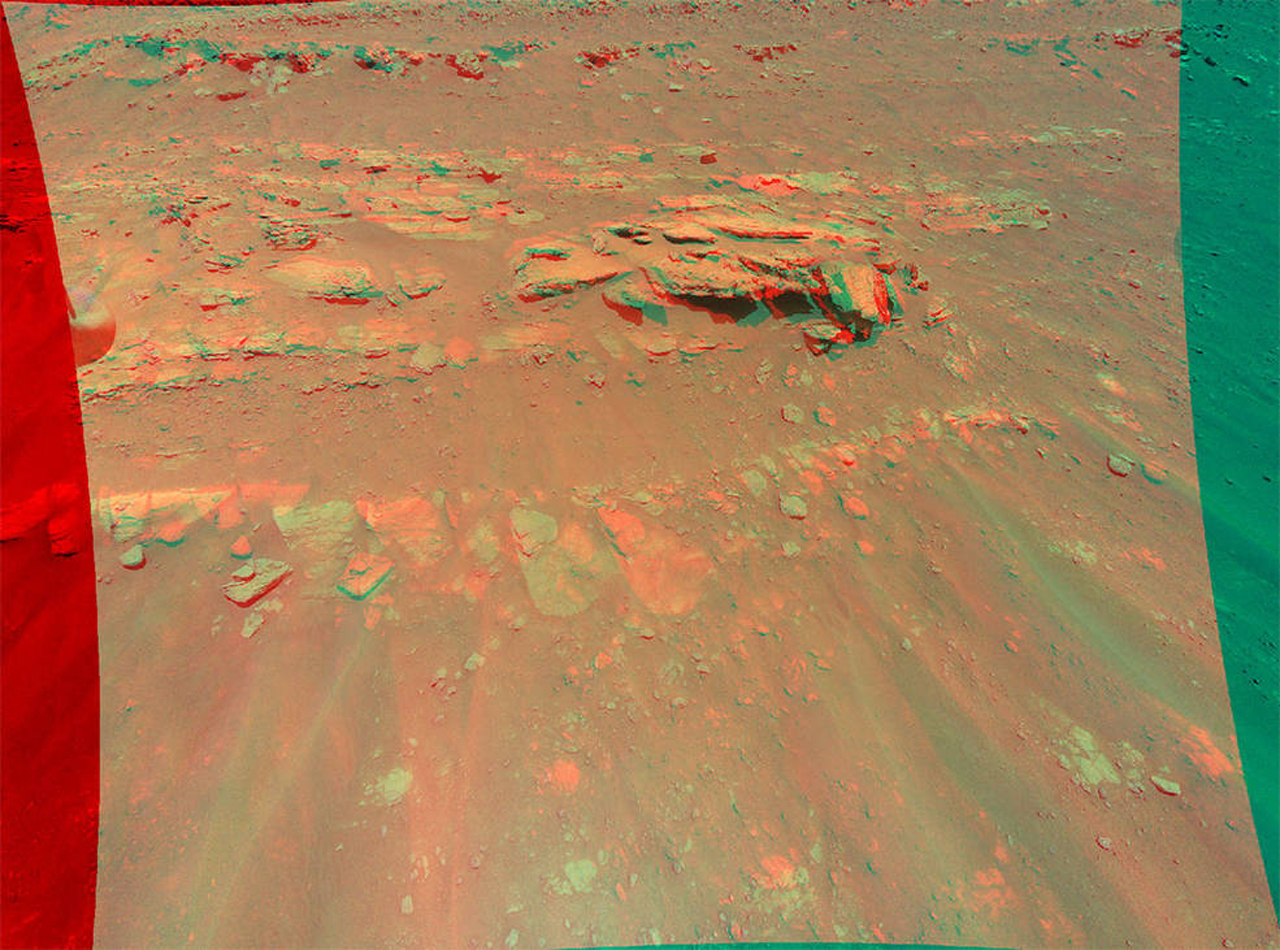 NASA recently warned that flying Ingenuity would become harder as the seasons on Mars change. This is because atmospheric density was already low and will get lower with the changing seasons. To combat that and keep Ingenuity flying, NASA hopes to increase the rotor speed of the helicopter to allow it to maintain capability. Ingenuity is helping with the main Perseverance mission of astrobiology and specifically searching for signs of ancient microbial life.