Judging by the recent spate of announcements, we might be seeing a lot of in-vehicle infotainment announcements soon, probably at CES 2015 next month even. But while cars are getting smarter this way, they are also bound to get more expensive because of the addition of touchscreens. Automotive supplier Continental thinks it might have a better, cheaper option. Using infrared technology, any surface, even a non-capacitive display, can become a multi-touch input device that can be used even with gloves on.

Continental calls it “Infrared Curtain” but in its latest iteration it’s more like an Infrared Grid. The theory is actually simple if you think about it and is the basis of any IR-based alarm or sensor. A row of infrared lights act as sensors and can detect the point on which a finger occludes the light. This will register a single point of interaction, pretty much like a tap on a touchscreen. 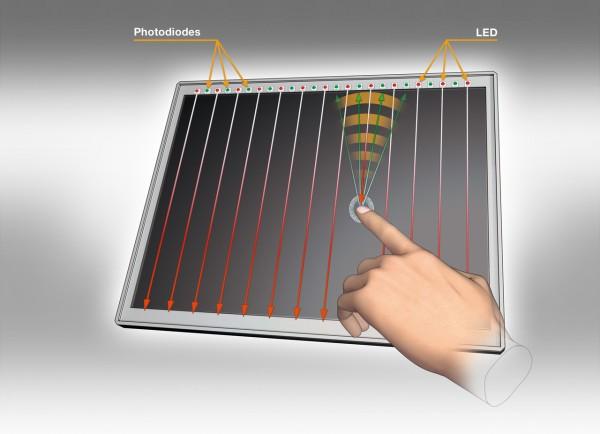 For single finger input, one row of LEDs would have been enough. But in order to add multi-touch detection, another row perpendicular to the other row is needed. This forms a grid of infrared lights that can detect any and multiple points of interaction. This enables the system to detect popular gestures such as swiping and pinching. 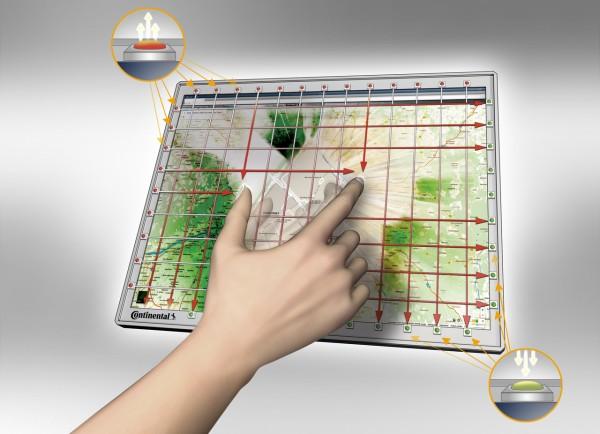 Continental claims that the production format of this Infrared Curtain is considerably cheaper than a touchscreen, which will shave off some dollars from the final amount. But more than just the price, there are two other benefits to Continental’s proposal. The first is that the system will work even with gloves on, one of the biggest nemeses of capacitive screens. The other benefit is that since it doesn’t actually depend on a touchscreen, any surface inside the car can be transformed into a multi-touch input device. 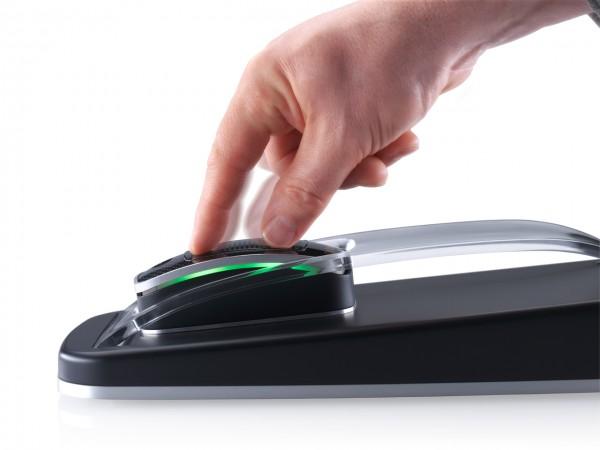 At the moment, there doesn’t seem to be any takers of this rather interesting idea, or maybe Continental just isn’t telling yet. What it is telling is that it will take some time before it is actually ready to go into production. In 2017, to be precise. By that time, however, touchscreens might have become significantly cheaper that even budget cars will be able to afford putting one inside.