Infographic shows what the Galaxy Note Edge’s edge is for

As a concept device, the Galaxy Note Edge is definitely a curiousity, but it may just be more practical, not to mention less insane, than Samsung‘s previous concept smartphone, the Galaxy Round. But just what is the concept that Samsung is trying to sell? It’s nothing more than a second yet almost minuscule screen that gives you important information or tools while trying to stay out of your way.

Although it looks like a single seamless screen, the Galaxy Note Edge’s edge is actually a display screen of its own, that is just designed to blend with the main screen’s theme, which may or may not work if you’re not using TouchWiz as your launcher. That edge is a reserved space for showing notifications or even controls that, since they’re outside of the main display, don’t interfere with your current activity. Plus, since they’re not occluded by (official) flip covers, they can be used even when the main display is covered. Samsung lists the top (or maybe the only?) five things you can use that edge for, here reorganized based on actual usefulness. 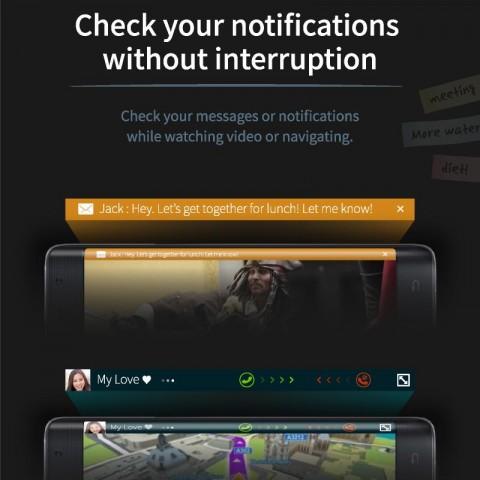 Being able to glimpse at notifications while in full screen, especially when playing a game or watching a movie, is definitely the most useful feature of this edge. While many apps or skins try to give a similar experience, nothing beats having a separate always-visible screen just for it. Of course, you do pay for that feature with added size, but we’re talking about phablets here anyway. 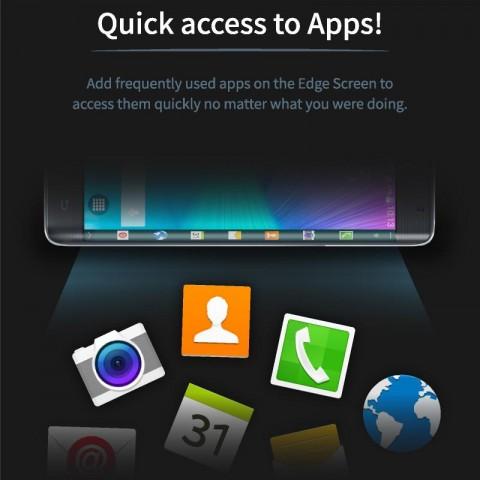 A close second is having all your most used apps in a panel of their own. This is only second because such a functionality might be easier to replicate with third-party apps and gestures. Of course, the same advantage of having them in their own, always present spot applies, just not as strong as notifications. 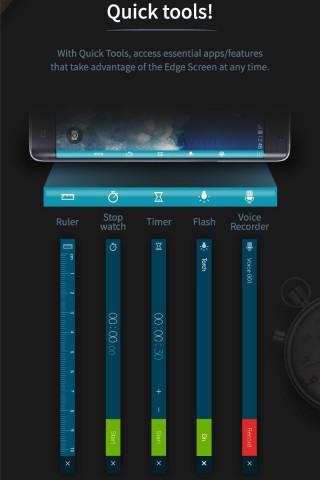 Quick Tools are definitely quite interesting and novel, giving you a fixed number of utilities or actions that won’t require you to open up your flip cover or wake up the display. Flash/torch is definitely one to have, while Timers, Stopwatch and especially Recorder are probably only occasionally useful. The Ruler is admittedly the most interesting of the bunch. 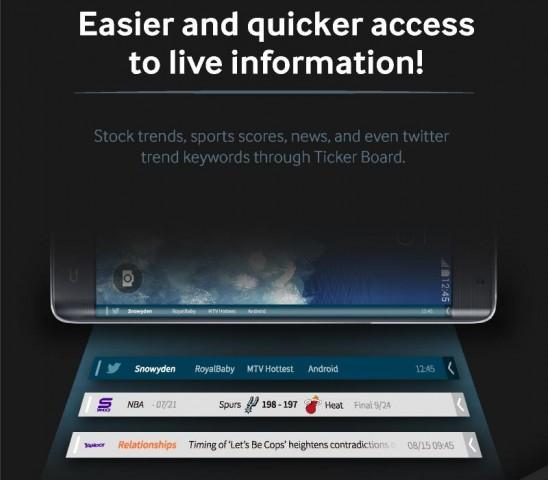 Ticker Board, which displays live information is probably less useful than it sounds, if only because of the information density that it tries to cram into a single line of text. Anyone who has used pagers or old single (or even two) line cellphone displays might recall how frustrating those technologies were, though they were useful for their time. Depending on your use case and reading preferences, however, this might be sufficient for you. 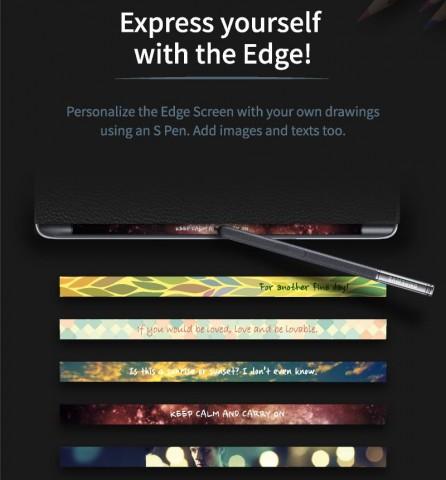 Personalizing the Edge is listed last because it isn’t technically a utility and more of a customization feature. Being able to put your own custom images or even drawings in that tiny space is a good personal touch, but one has to wonder how often you will actually be looking at it compared to the icons and functions that will be frequently filling up that space.

If these Galaxy Note Edge features has you sold, you might unfortunately be left simply pining for it. Samsung has admitted that the smartphone is a limited edition design concept that isn’t planned to go to mass market. That said, AT&T subscribers in the US might get their chance, and there might be other means to get your hands on one if this edge case really sings to your heart.