Infiniti revealed its stylish 2022 QX60 SUV not long ago. We were impressed with the styling of the interior of the SUV with its extremely attractive diamond-quilted seating surfaces and other touches. The SUV is set to arrive in showrooms in North America this fall packed with standard equipment. One of the big mysteries that remained for the SUV when it was fully revealed was exactly how much it would cost.

Infiniti has now announced the starting price for the QX60 SUV will be $46,850. Infiniti also confirmed that customers in the US would be able to access its reservation program, allowing them to be one of the first to receive the SUV later this year starting today. All 2022 QX60 SUVs feature some of the same interior equipment, including a 12.3-inch Infiniti InTouch Interactive Display featuring wireless Apple CarPlay and USB-based Android Auto.

All versions of the SUV have leather-appointed first and second-row seats, a panoramic moonroof, power liftgate, and rear parking sensors. All QX60 SUVs have seven seats as standard with heated and eight-way power-adjustable zero-gravity front seats. The driver seat has dual occupant memory functionality that is linked to the outside mirrors.

The second-row bench seat is a 60/40 split-fold with one-touch release that can be accessed even if a child seat is in the second row. All versions of the SUV have the same 295 horsepower 3.5-liter V-6 engine paired with a nine-speed automatic transmission. Also standard is a five-mode drive selector and idle stop/start system all-wheel drive on all grades. The entry-level grade is called Pure, starting at $46,850, while the AWD versions in all grades add about $2000. 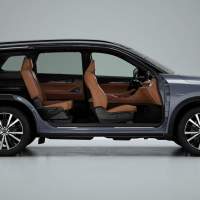 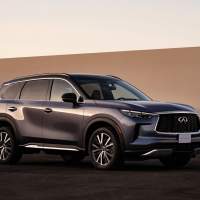 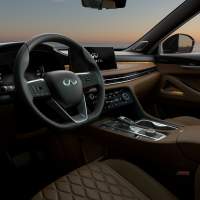