Inbox by Gmail updated for iPad

Google has updated their iOS build of Inbox by Gmail to work for the Apple iPad. This update brings a couple of changes to the way the app is organized on the tablet vs the ever-so-slightly smaller iPhone. This app continues to be an “invite only” situation, but emailing inbox (at) google (dot) com generally results in an invitation sent rather rapidly. This app is also (obviously) out for Android and was originally released to both platforms essentially at the same time.

Believe it or not, we’ve been using Inbox on a tablet with Android for several months. Back when Inbox was first introduced for Gmail in October of 2014, we demoed it on an NVIDIA SHIELD Tablet. Have a peek at that here:

The new version 1.2 is being released for iOS only (for now). The Android version of this app has not been updated for a couple of months – due likely to a lack of need for update as not much has changed on the iOS side since inception, either. 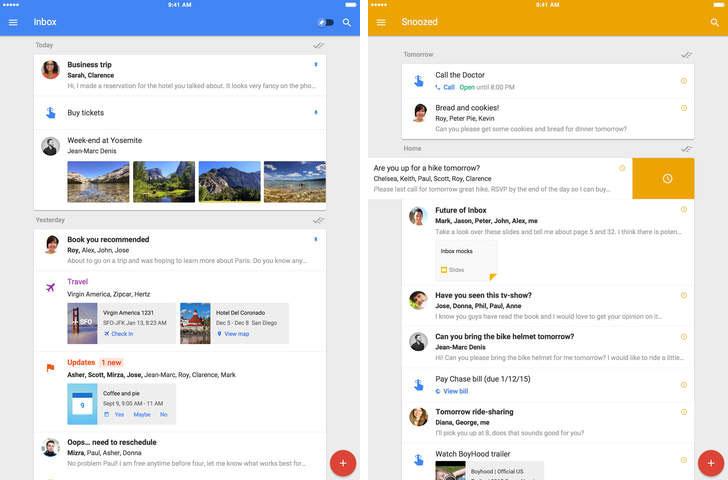 This version of the app includes bug fixes and performance improvements as well. That’s how it is with every update to an app ever in the history of the world.