An international research team led by Takeshi Horinouchi of Hokkaido University has been investigating Venus and what drives the planet’s atmosphere to rotate faster than the planet itself. The team of scientists has revealed that the “super-rotation” of the Venetian atmosphere near the equator is maintained by atmospheric tidal waves formed from solar heating on the planet’s dayside and cooling on its nightside. The team says that closer to the poles, the atmospheric turbulence and other kinds of waves have a more pronounced effect.

Venus is known to rotate very slowly, taking 243 Earth days to rotate once around its axis. Despite its slow rotation, the atmosphere rotates westward at a rate of 60 times faster than the planetary rotation. Scientists say that this super-rotation increases with altitude, taking only four Earth days to circulate the entire planet towards the top of the cloud cover. The fast-moving atmosphere transports heat from the dayside of the planet to its nightside, reducing the temperature differences between the two hemispheres.

Scientists first discovered the super-rotation on Venus in the 1960s, but precisely what formed and maintained that rotation had been a mystery. The researchers developed an exact method to track clouds and derive wind velocities from images provided by ultraviolet and infrared cameras aboard the Akatsuki spacecraft. That spacecraft has been orbiting Venus since December 2015.

The new methods for estimating wind velocity and tracking clouds allowed the team to estimate the contributions of atmospheric waves and turbulence to the supra-rotation. Researchers noticed the atmospheric temperature differences between low and high latitudes are small enough that they can’t be explained without a circulation across latitudes. Analysis by the team also revealed that maintenance is sustained by the thermal tide, which provides the acceleration at low latitudes. 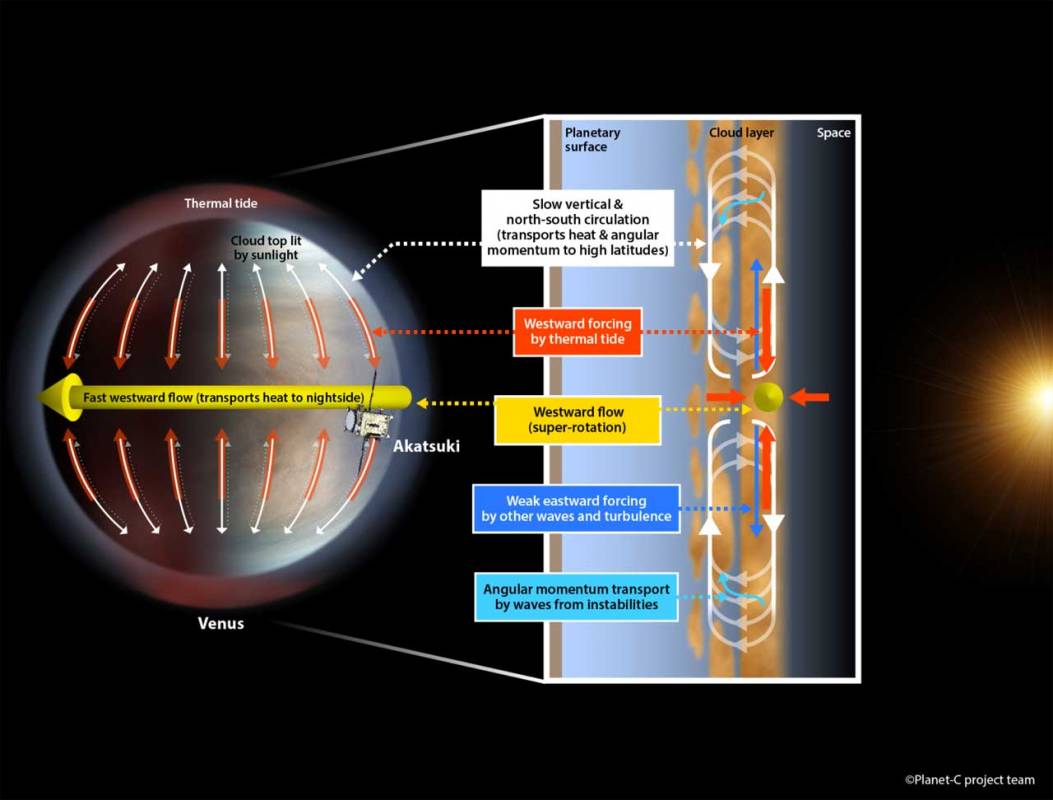