If Santa brought you an iPhone for Christmas, you’re likely still in love with your new iDevice. Of all the knocks on any iPhone, battery life is among the most notable, with the small-ish battery of an iPhone tending to need a charge daily. In my experience, though, the iPhone 6 can last quite a bit longer than your work day and commute home. I’ve even been able to take it on weekend jaunts without needing to plug it in. Here’s how.

Be realistic about this one — and by realistic, I mean for your use-cases and needs. I have most apps turned off for background use, which obviously won’t work for everyone.

Is that because I just don’t want to know what’s going on? No, I just don’t care to have it force-fed to me. I still check Twitter, but getting a pop-up that someone favorited my post or mentioned me isn’t something that interests me.

Similarly, there are plenty of apps that I just can’t justify running around when I’m not looking (Drive, Amazon). In keeping the apps from running in the background, I also keep them from taking battery life with them. 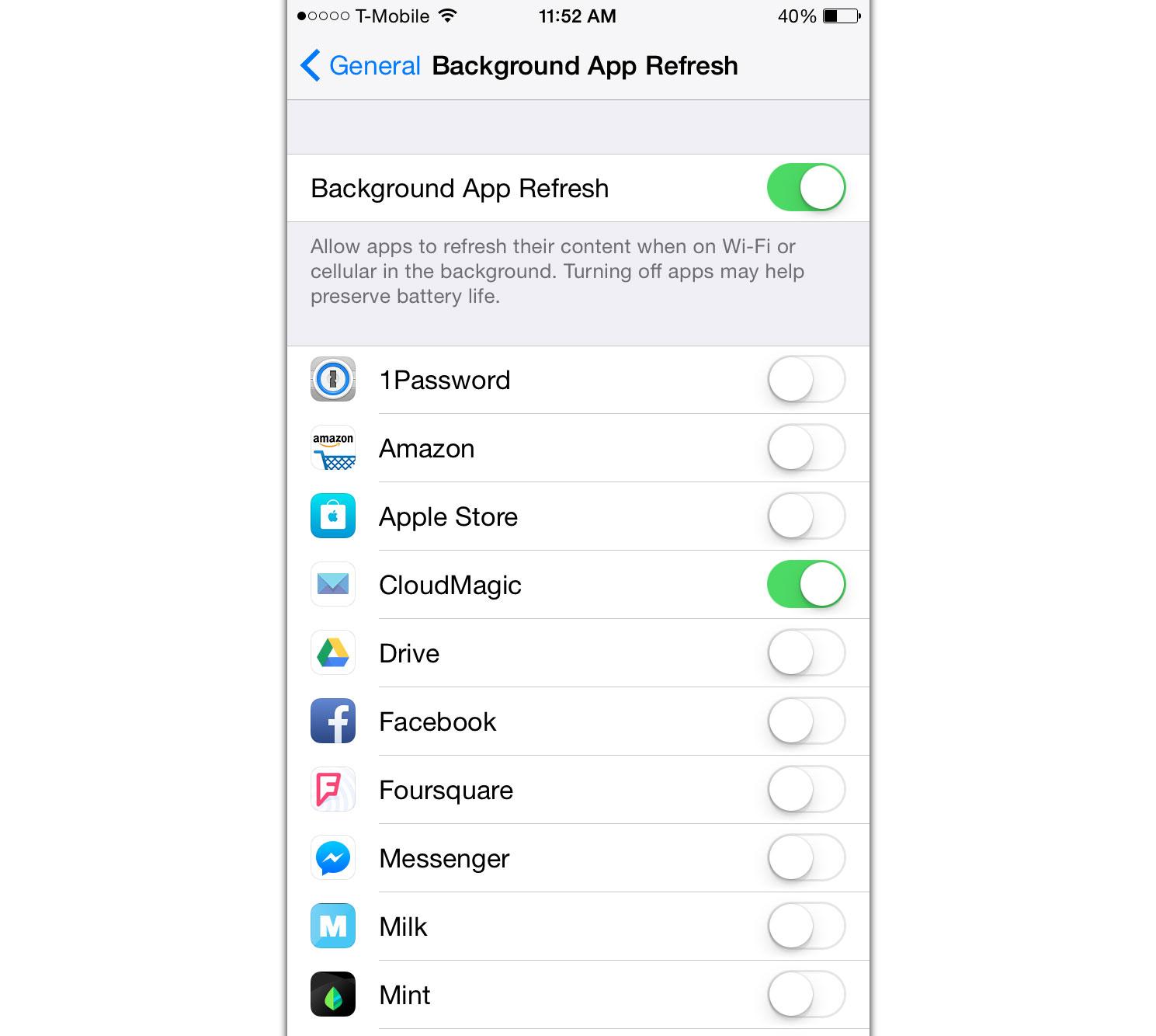 First, I’ve been resistant to check apps habitually. Not having them run in the background can leave you with a sense of missing out.

Some apps, like Facebook, are pretty power consumptive. In the screenshots you see at the end of this article, I’d checked Facebook for a total of ten minutes in the second screenshot. It had a fairly significant impact on my battery life in that time.

Keep in mind which apps you use, and monitor them for drain. I was using Google Hangouts for chatting, but noticed it was responsible for a lot of my power loss, even when I wasn’t chatting. I simply turned to a different chatting platform, and battery life improved. Similarly, Milk is handy, but in the screenshots of battery life at the end of the article, Milk was running for no longer than five minutes.

Closing open apps is also helpful, especially if you know them to be battery drainers. 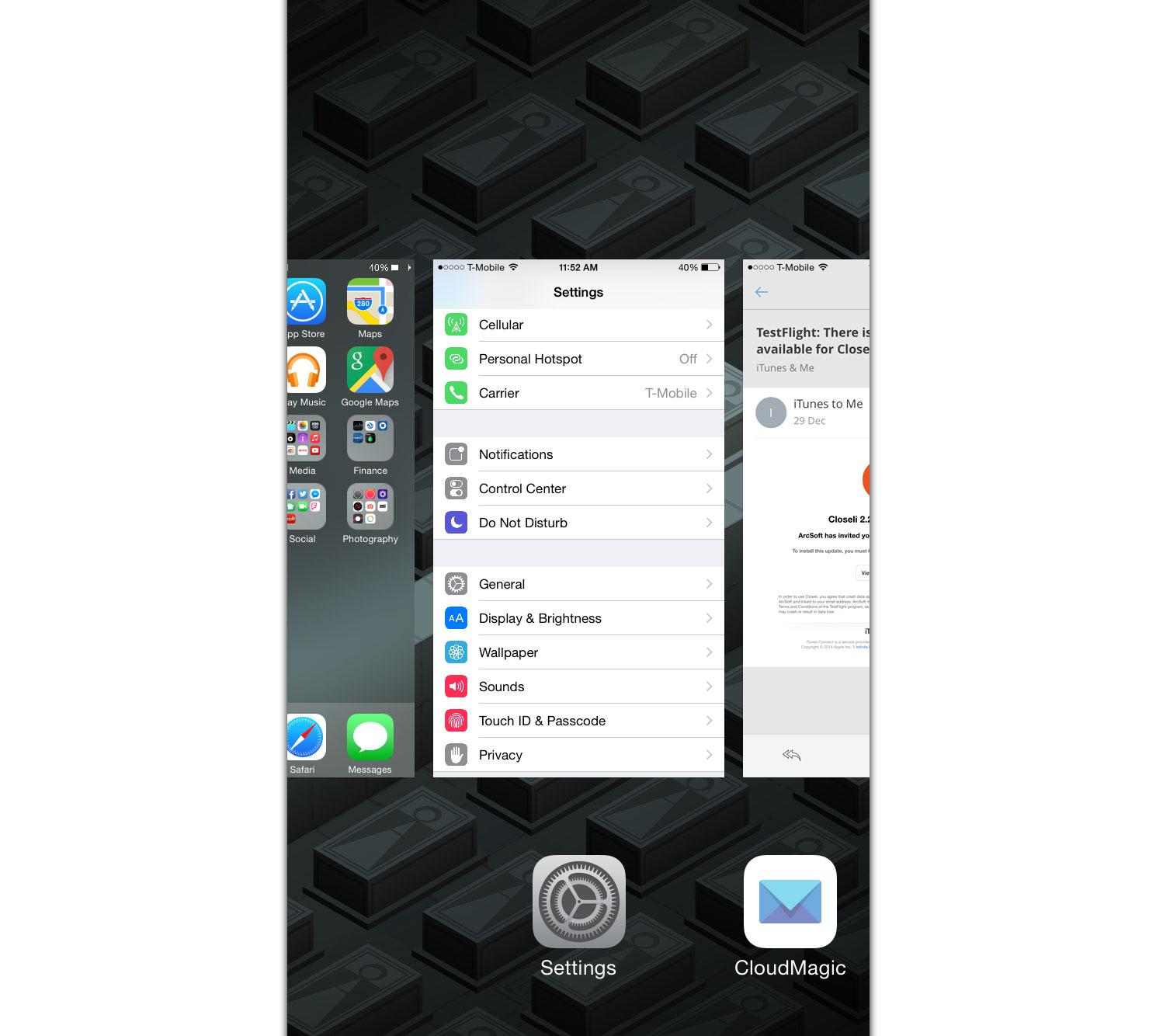 Your screen lighting up to say “hi!” is handy, but do you need it to do so? More to the point, do you have an app that just doesn’t shut up?

Shut it up, then! That quick screen on/off may not seem like much, but when it happens several dozens (or hundred) times a day, it adds up. Consider what you need or want to know, and adjust accordingly.

That can even translate into your app settings. For instance, I spend all day at my desk hovering over an email app. I use CloudMagic for email on the iPhone, and simply turned notifications for my work email address off.

Now I don’t get a ton of product pitches all night, but my personal email stays in-tact. One step further would be to turn off email fetching altogether, but I’m not ready for that leap of disconnection. 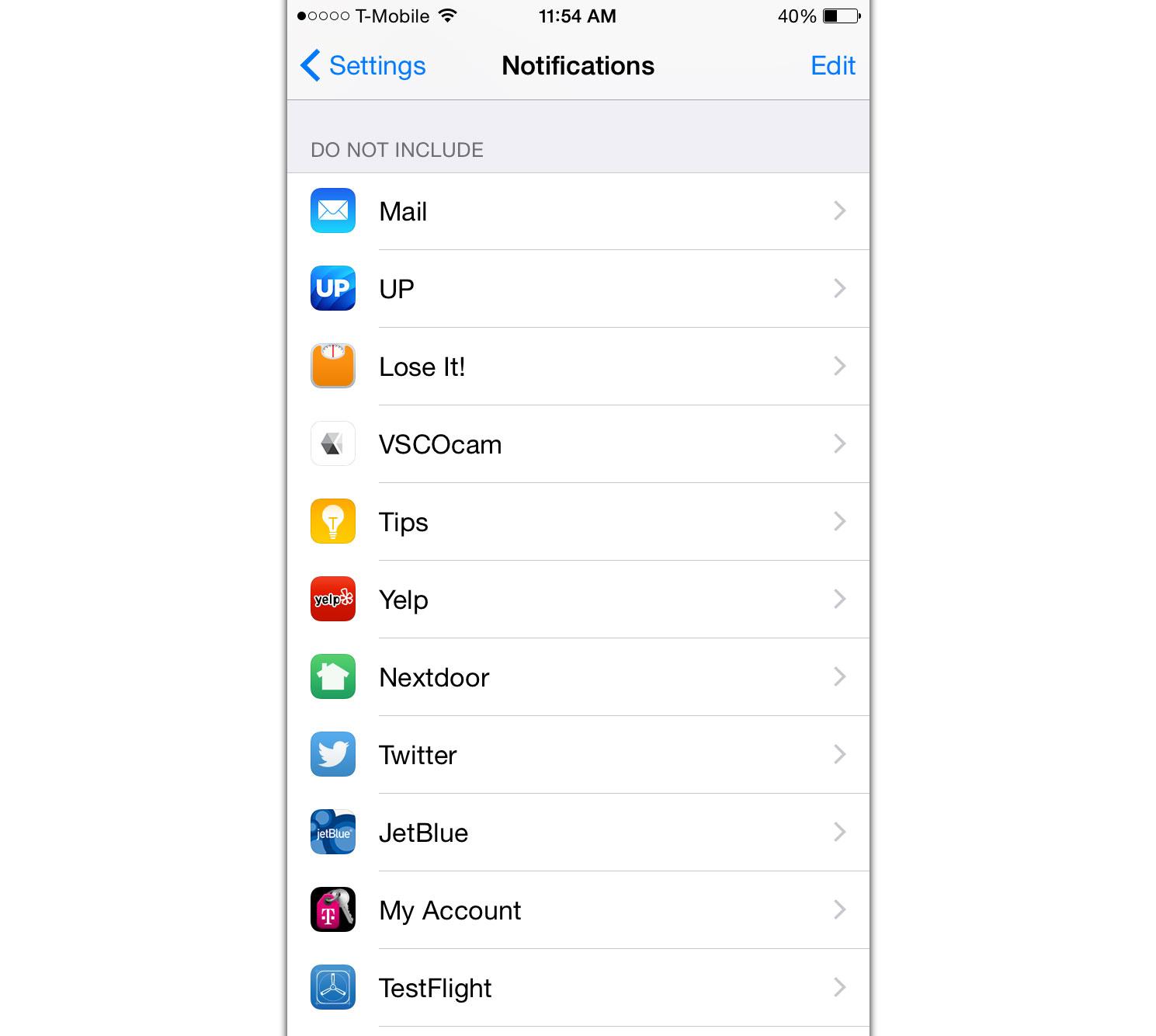 People think of airplane mode as some strange setting you use on a — well, on an airplane. I prefer to think of it as do-not-disturb mode.

I use Airplane mode when I know I have no use for my phone, especially during the night. Keeping my phone in airplane mode overnight still allows the alarm clock to go off when I need it, but I only lose about 3-4% of my battery life in the 8 hours or so I’m down for the count.

If you know you’re not going to look at your phone, slip it into airplane mode. Whether you’re sleeping, at the movies, or just don’t want to be bothered, airplane mode keeps battery consumption as low as you can get without powering off. 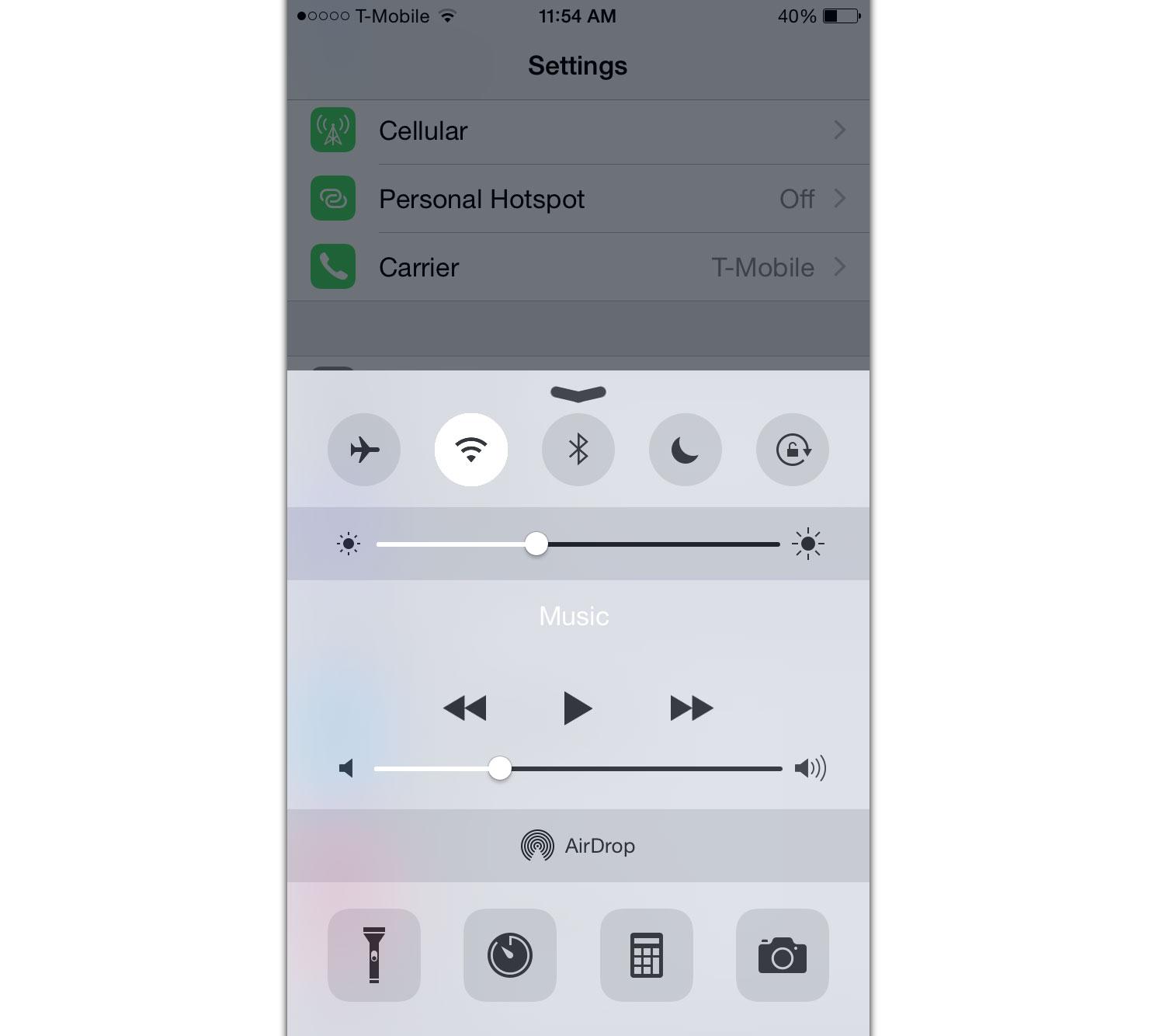 Some apps are tracking you, and that’s a good thing. Others that track you don’t really need to, they’re just cobbling metadata for their own use.

Location tracking can be handy, but can also reduce battery life a great deal. I won’t encourage you to turn location tracking off altogether, but you should take a look at your apps and see what differences you can make.

Some apps will track your location when you use them, while others are an all-or-nothing thing. Yahoo Weather, for instance, tracks me all the time — even though in-app tracking would probably work just fine for many users (I get why they track like they do, but the option would be nice).

Location sharing, which is popular in Family Sharing, is also a bit of a drain. While it’s handy for parents, those in friendly groups may not need it active. 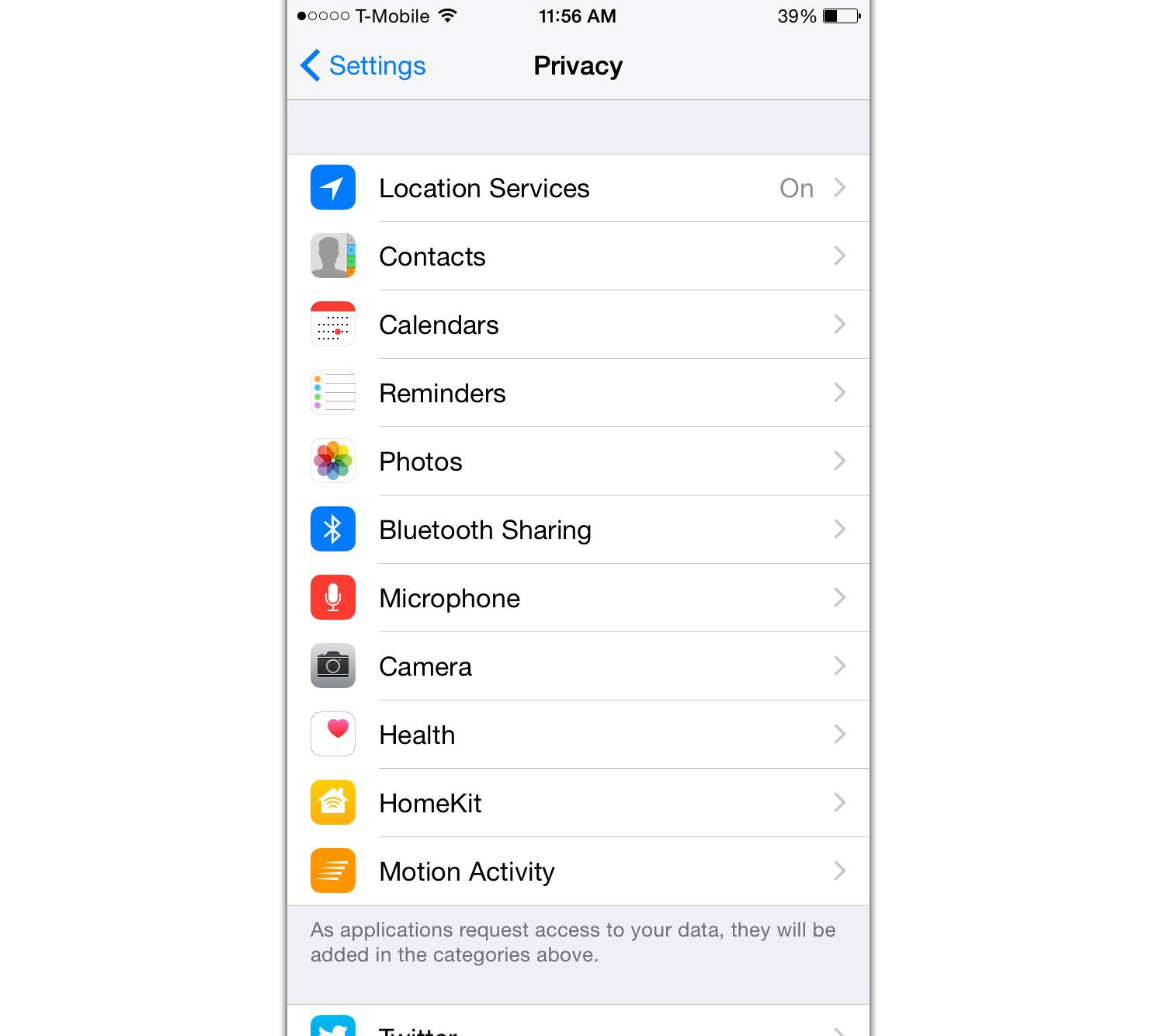 This started out as an experiment, honestly. I wanted to see how far I could push the battery, and it became more lifestyle than fun. The tradeoff for not knowing everything all the time was more free time and better battery life. I’ll take it.

It’s worth noting that I routinely run the battery down very low, then back to 100%. The only one of the below screenshots where that didn’t happen was the last one. 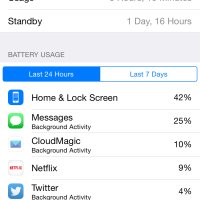 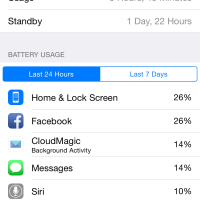 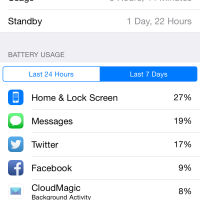 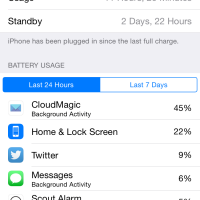 The iPhone 6 is a great phone, but I’m also of the mind that a bit more bulk with a larger battery would have been just fine. Apple didn’t do that, though.

Luckily, we have settings built in to help manage our battery woes. If you take a few minutes to fine-tune the back-end of your apps and services, you will definitely be able to get more life from your phone.

I went from charging daily to powering up every other day.

These simple tips got me there.