ILM speaks on Battleship: “the bar has been raised” for visual effects

Expanding on what we learned earlier this week from NVIDIA’s talk with effects group ILM, Visual Effect Supervisor Pablo Helman let us know that their work on the film Battleship‘s effects and production took place on a global scale. With technologies like what we saw this week from NVIDIA with their cloud-ready GPU power with Kepler, the teams at Industrial Light and Magic and the extended Battleship film crew were able to work from not just one set location, but many at the same time. ILM artists and crew worked from different parts of the Earth all at once – this dramatically decreasing the amount of time it took to create such a giant vision as this blockbuster film, Helmen letting us know that the film industry world in recent years has certainly “become a lot smaller” in many ways.

Industrial Light and Magic were stationed on the Battleship project with Helman on staff 10 weeks before Principal Photography with Effects Supervisor Grady Cofer on up to a year before that, Helman putting what he describes as essentially two years of his life into the film. Because of technology advancements in communication, especially with streaming and sharing (again, such as we’ve seen earlier this week via NVIDIA), the time they’ve spent is dwarfed by the amount of time they used to spend just a handful of years ago on projects such as Star Wars. 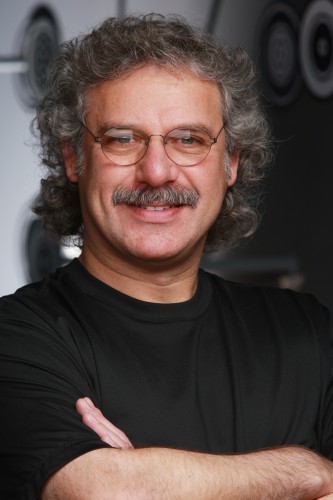 *Pablo Helman worked on both Star Wars Episode I and II, nabbing an Academy Award Nomination with ILM for Best Visual Effects for “Attack of the Clones”, just so you know!

Helman: “We’re moving into this global market where the world starts to be a lot smaller than it used to be. We’re very quickly seeing that we have artists working in other parts of the world – and it’s really good to have access to libraries or databases or assets that are in our servers at ILM as opposed to the different parts [of the world] where these people are.”

The difference between working on Star Wars Episode II back in 2002 and Battleship here in 2012 has the same basic core – getting what the writers and director wants, their vision, onto the screen. Helman noted though that in working on both of those films (and films like Terminator 3, Jarhead, and Indiana Jones in-between,) he’s found the way ILM and th rest of the industry go about making it all happen has changed.

“I have seen a change in the way things are accrued and in how things are reviewed. For instance, the world is a lot smaller place than it was in 2002 when I did [Star Wars] Episode II. Things have changed. Now I find myself working with people across countries and across time zones.

That when I was working on Star Wars was [still] kind of a dream that we had.”

Working across countries and time zones is but one of the elements that is considered relatively normal here on a project such as Battleship, explained Helman. He went on to note that the techniques which allow for quick production we’re seeing here in 2012 are all extremely new – and make for speed like we’ve never seen before.

“When I started in this business 20 years ago, technology was obviously a part of what we were doing, but things change. They change every 3 years or so. About 5 years ago things started moving a lot faster – things would change ever 6 or 7 months, then every 3 months, and now every week there is something different, there is something that’s a new R&D (research and development) project that we have or something completely different [technology-wise] that we are working on.

So now even though we’re doing basically the same thing which is fulfilling the director’s vision, the tools have changed. And the speed at which we accomplish those effects has increased.

The post-production times have also shrunk. War of the Worlds was a project I was also working on that was done in 3 months which is was a record – but because of the volume – War of the Worlds was 249 shots of visual effects, where Battleship has like 1,400, with a post-production period of about 8 months which is on the short end of things. Things are changing very quickly.”

Battleship comes out tomorrow across the United States, many theaters showing it at midnight for those fanatics amongst who simply cannot get enough awesome blockbuster battle action, but it’s of course not the first time the crew has seen the final product in the studio. Speaking on what he’d seen already Helman gave us his first impressions as well as the impressions of those close to him on what the film is bringing to the tablet this week.

“It’s a ride. The visual effects work looks great – it’s a popcorn movie – and in regards to how some people ask me: can I actually turn off that part of me that actually just enjoys the movie? It’s definitely something you want to do here, you want to sit back, turn yourself off, and just be surprised and wowed by the images.

As a bit of a bonus we made sure to ask how it was for Helman and ILM to work with the director of this film, Peter Berg, to get an idea of what we’ll be getting in terms of overall vision. As it turned out, nothing but positive things are coming from the ILM camp on how this film has been directed – passion all around!

“It was great [working with Berg] – he’s a very spontaneous kind of a guy. He’s very organic and goes very much by his gut feeling. He’s got a very much ‘in your face’ sort of a directing way and he put a lot of work into this film especially because this subject is very dear to his heart. He loves the navy and he loves boats, and being on the water and it’s been great to work with such a passionate filmmaker. Also he’s a great actor, by the way, so he works great with the actors and he has a great sense of spectacle as well.”

Again check out the film starting this week in theaters across the nation and let us know how you like it! Also don’t forget to hit our [Entertainment hub] for all things film and more in the comings weeks and on into the future as well. Stay tuned!