Ikea Vappeby Bluetooth speaker doubles as a lamp, but there’s a bigger surprise

It looks like Ikea is working on a new Bluetooth speaker, but this new product looks quite a bit different from the Bluetooth speakers we’re used to. Dubbed the Ikea Vappeby, this new speaker will also double as an outdoor lamp. While the design of the Vappeby is probably attention-getting enough, it seems this speaker also has a Spotify Tap button on it, which would make it the first of its kind.

The Vappeby speaker recently made a pass through the FCC (spotted by The Verge), and it’s there that we learn a lot about the speaker. The FCC filing includes not only images of the device, but also its entire user manual, which tells us that the Vappeby has a 20 lumen 2700K soft white bulb inside it.

The Vappeby speaker is meant for outdoor use as it’s IP65 rated for dust and water resistance. The Vappeby has three brightness settings – 100%, 50%, and off – which can be cycled by pressing a button on the back of the device. On the front, it has a volume dial that can be pressed to pause and resume music, a Bluetooth pairing button, and a button that can turn the speaker on and off with a long press and activate Spotify Tap with a short press. 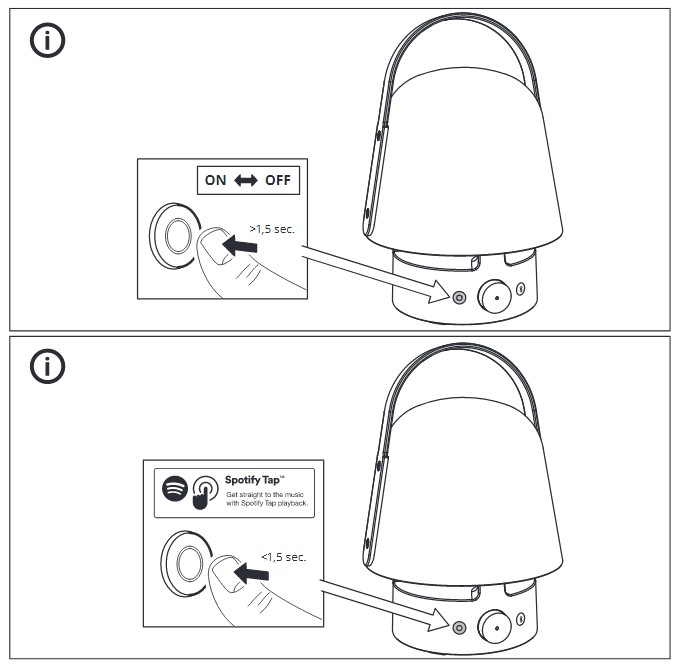 The fact that the Vappeby supports Spotify Tap is a surprise because, as The Verge points out, we’ve only seen Bluetooth headphones support it so far. It seems the Vappeby will be the first Bluetooth speaker to support Spotify Tap, which allows users to pause and resume music across different devices and listen to recommended music without opening the app.

Vappeby’s user manual tells us that some assembly is required – standard for Ikea products – but in this case, all users are responsible for is attaching the handle to the lamp. The Vappeby charges via USB-C and offers 11-13 hours of playback on a full charge when the lamp’s brightness is set to 50%. This stop at the FCC suggests that an announcement isn’t far off, so we’ll let you know when Ikea makes the Vappeby official.