Instagram is rolling out an update for its IGTV app that brings a redesign focused on creators. The app, which pales in comparison to competitors like TikTok, is a platform for creating and uploading short videos. In addition to changing the home design, Instagram is also rolling out some new features on IGTV, including the ability to record videos hands-free.

IGTV was first introduced in summer 2018 as a dedicated app for sharing longer-form vertical videos. The app joined the existing Instagram platform, which used to feature a button that would directly launch the video app. The big appeal is that unlike the regular Instagram platform, IGTV doesn’t limit video lengths to one minute or less. 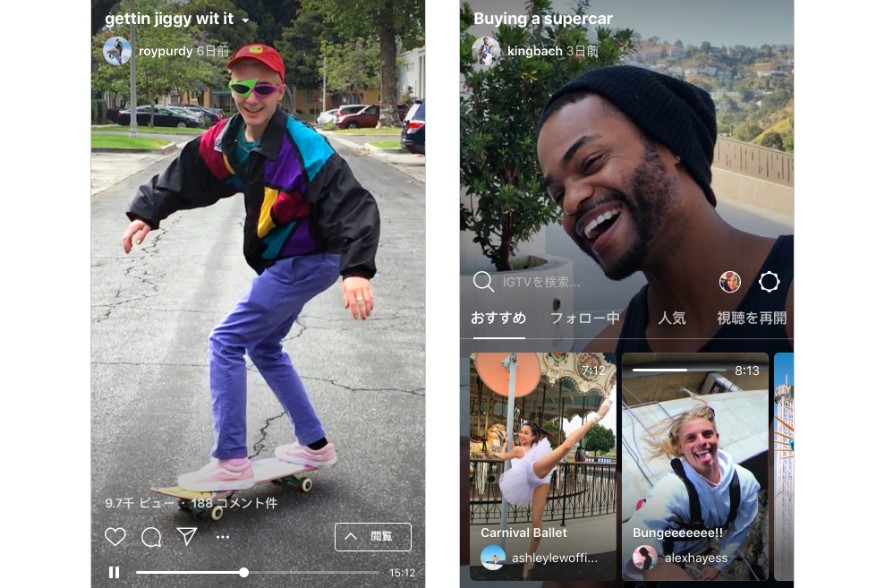 Though it has been on the market for nearly two years, IGTV has never proven as popular as alternatives like TikTok. That hasn’t stopped Instagram from sustaining the app, however, which was recently updated with a new home screen that highlights creators at the top. As well, the app’s new Discover tab helps users find new creators to watch.

The IGTV app update changelog reveals that IGTV also now supports hands-free video capturing, which means that users can tap the video icon located in the upper left corner to start recording. The videos can be directly edited and then uploaded to the IGTV app, eliminating the need to use the device’s native camera app.

Instagram told The Verge that the updated IGTV app presents each user with featured creators that are chosen based on which accounts the user follows and the content they’re most likely to enjoy based on their existing habits. As well, IGTV Stories now play a 15-second clip as a lure to get viewers to click on the video and keep watching.

The update is available on the App Store and Google Play Store now.