iFixit teardown shows the Galaxy Alpha to be a tiny monster

Teardowns done by iFixit aren’t performed just for the sake of sleuthing but for determining how easy it would be to repair and replace parts of the device. In that light, the Samsung Galaxy Alpha, branded to be an iPhone rival, proved to be a tad difficult to handle despite its smaller size and supposedly more premium built.

On the surface, the Galaxy Alpha is indeed nice to look at and nice to hold, bearing chamfered metal edges and a textured back cover that makes it easier to grip. And indeed from some vantages, it resembles the iPhone 5s and, in some minor aspects, trumps the iPhone 6. Inside, however, it seems that Samsung was undecided whether to make it a smaller replica of the Galaxy S5, as the smaller smartphone exhibits the same design of the bigger flagship, with all of its repairability drawbacks, and none of its benefits.

In effect, that means that the Galaxy Alpha is sealed tightly in many areas without being as water and dust resistant as the Galaxy S5. It doesn’t even have the rubber gasket on the back cover that serves as the first line of defense against intrusion. It also sported the same midframe sandwich contraption which also helped waterproof the Galaxy S5, even though the Galaxy Alpha isn’t waterproof. Amusingly frustrating is the fact that removing the screws from the back of the midframe actually does nothing. At least, not until you actually remove the most important part of the device. 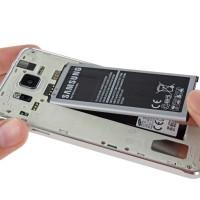 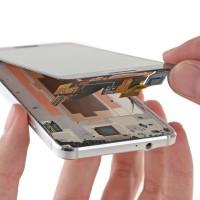 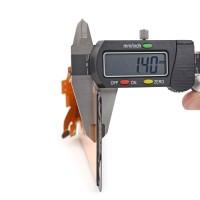 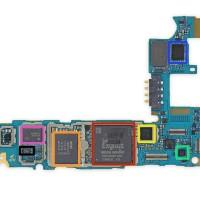 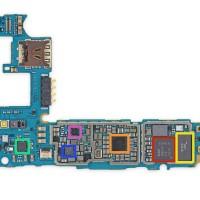 Like the Galaxy S5 as well, the display is actually the first thing you have to remove in order to get to any other internal component. It doesn’t help that it is glued tightly, which, of course, is good for durability but a pain for repairs. That the Galaxy Alpha is smaller and its display assembly razor thin makes it a very laborious process as well. Once that’s out, however, the rest of the midframe and the core components that it houses are relatively easy easy to pry apart.

In the end, it was only the back cover and the battery that were easy to remove and replace, which isn’t exactly unique for Samsung smartphones. Getting the display out first means that replacing it should be faster, but not really easy. On the other hand, replacing something that gets worn out really fast, like the home button, will be a terrible experience. Since the Galaxy Alpha seems to imitate a lot of what the Galaxy S5 has, sans the good features. it’s only fitting that it also gets the same repairability score of 5 out of 10.