The Surface Duo is here and that can only mean one thing: iFixit has completed a teardown of it. Foldable devices like the Surface Duo have generally received pretty lousy repairability scores from the folks at iFixit, so can the Surface Duo be the device that finally turns it around? Unfortunately, the answer to that question is “no, it cannot.”

In fact, the Surface Duo seems like a very difficult device to repair, especially when it comes to common repairs like replacing the battery or swapping out the charging port. You might think that iFixit’s teardown was a slog all the way through, and you’d pretty much be right – after taking time to marvel at the overall thinness of the device (and pointing out that there are a number of software problems with the Surface Duo here at this early stage), iFixit found that an entry through the rear panel was essentially a no-go since the Surface Duo’s dual batteries are adhered to them. 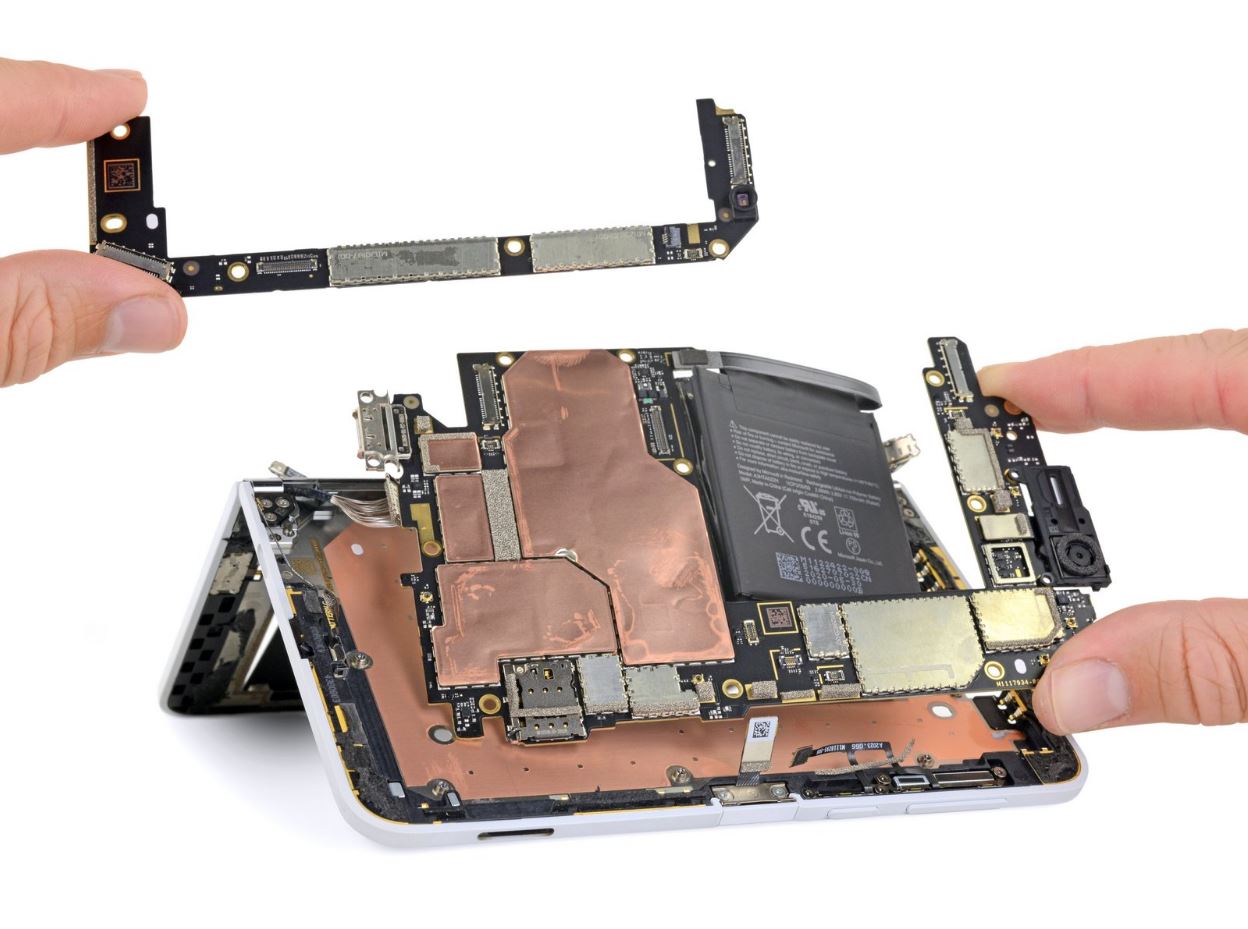 Entry through the front of the device it is, and once the phone’s dual displays are taken off, iFixit discovers that the Surface Duo’s main battery is adhered behind the motherboard and held in place by tri-point screws, so getting it out is a chore indeed. By removing the motherboard and the batteries, iFixit gets a look at the Surface Duo’s silicon, which includes a Snapdragon 855 underneath 6GB of SK hynix DRAM, Microsoft’s X904163 display driver, and Qualcomm’s SDR8150 LTE transceiver. 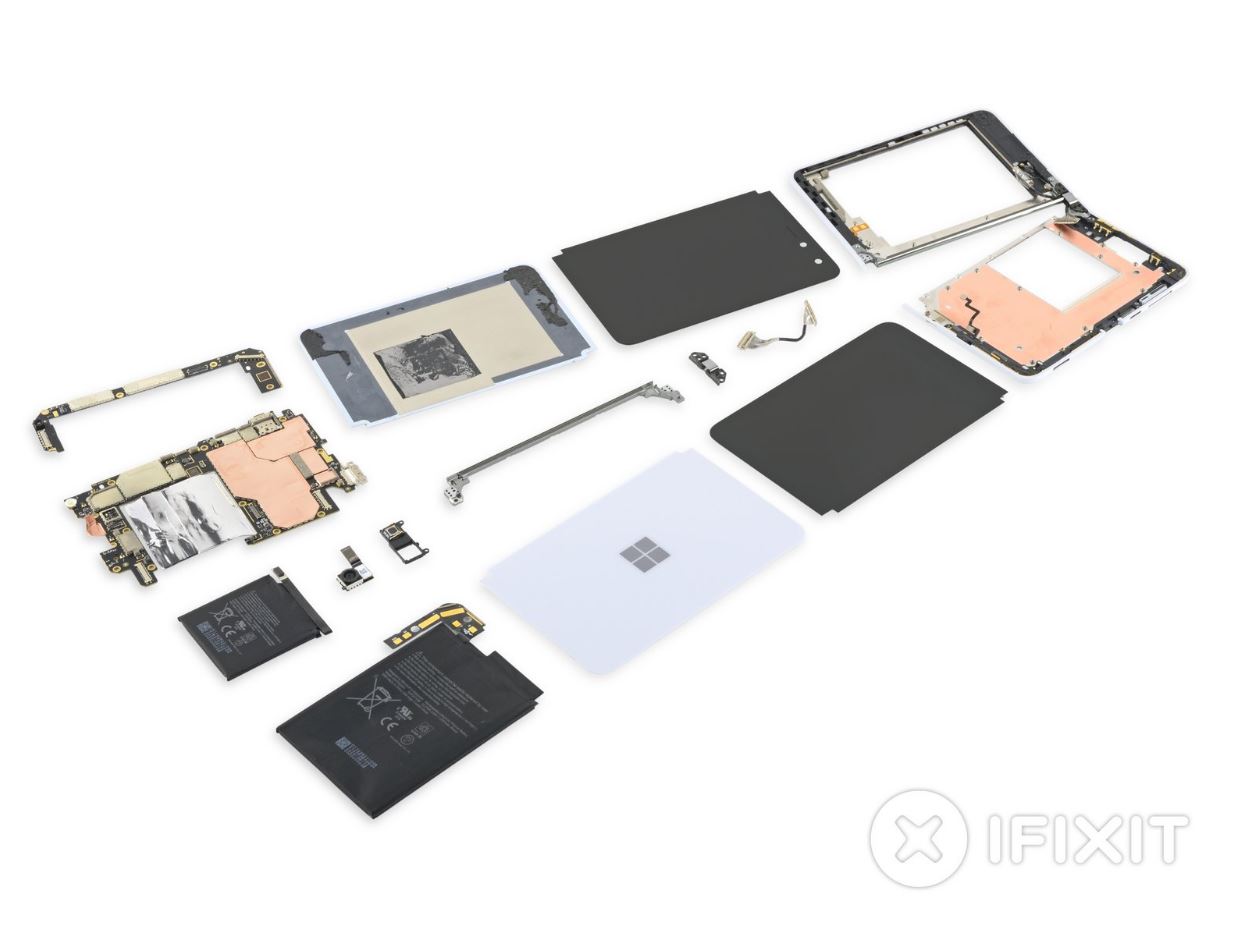 Once all the hardware has been removed from the device, we get a closer look at the hinge. iFixit says that it’s a “pretty simple” design that’s similar to the hinge we’d see on a 360-degree laptop, but that it’s clear Microsoft spent a long time perfecting it nonetheless. In the end, iFixit says that the Surface Duo is “refined simplicity” and even a “bold, impressive idea,” but that doesn’t mean it’ll be easy to repair.

Indeed, the Surface Duo gets a repairability score of just 2 out of 10, which it shares with other notable foldables including the original Galaxy Fold, the Galaxy Z Flip, and the Huawei Mate Xs. The Surface Duo won points for having displays and back covers that can be replaced with relative ease, but lost points for how inaccessible its batteries are. The fact that the USB-C port is soldered to the motherboard, the abundance of tri-point screws, and the fact that the OLED displays are easily damaged during disassembly didn’t help, either. Be sure to check out iFixit’s full teardown of the Surface Duo, because like everything that website does, it’s well worth reading.