With Samsung announcing a new batch of Galaxy Notes earlier in the month, it’s time for iFixit to do what it does best and tear one down to figure out how repair friendly it is. iFixit went all out this time, deciding to teardown Samsung’s big kahuna, the Galaxy Note 10+ 5G. With many modern flagships being a complete pain to repair on your own, can Samsung shift the tide?

The short answer to that question is “no” and the longer answer is “no, unless you really love carving through glue.” Of course, iFixit’s findings aren’t all that surprising considering how much phone manufacturers seem to love glue these days, but if you buy a Galaxy Note 10+ 5G with the intention of doing your own maintenance to extend its lifespan, you’re going to have a difficult time. 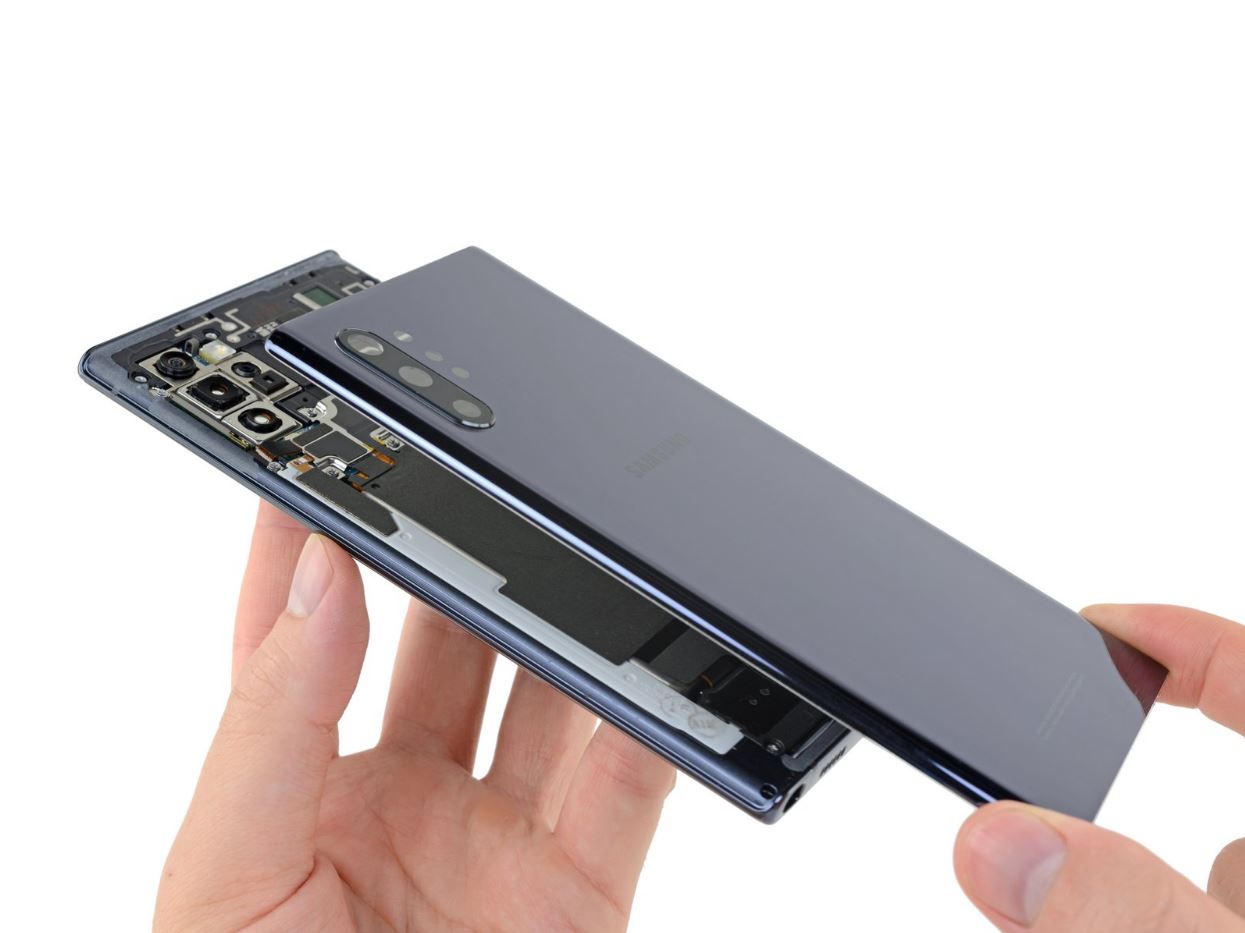 That reality is thanks in part to the fact that your best way into the phone is through the back, which is true for many of the phones Samsung is competing with as well. With the back freed of the glue holding it in place, iFixit discovers that the motherboard resides at the top of the phone, with the daughterboard near the bottom and the battery in between. iFixit points out that putting the motherboard at the top of the device allows for a wider battery, but it requires that the cables connecting the motherboard to the daughterboard stretch across it. 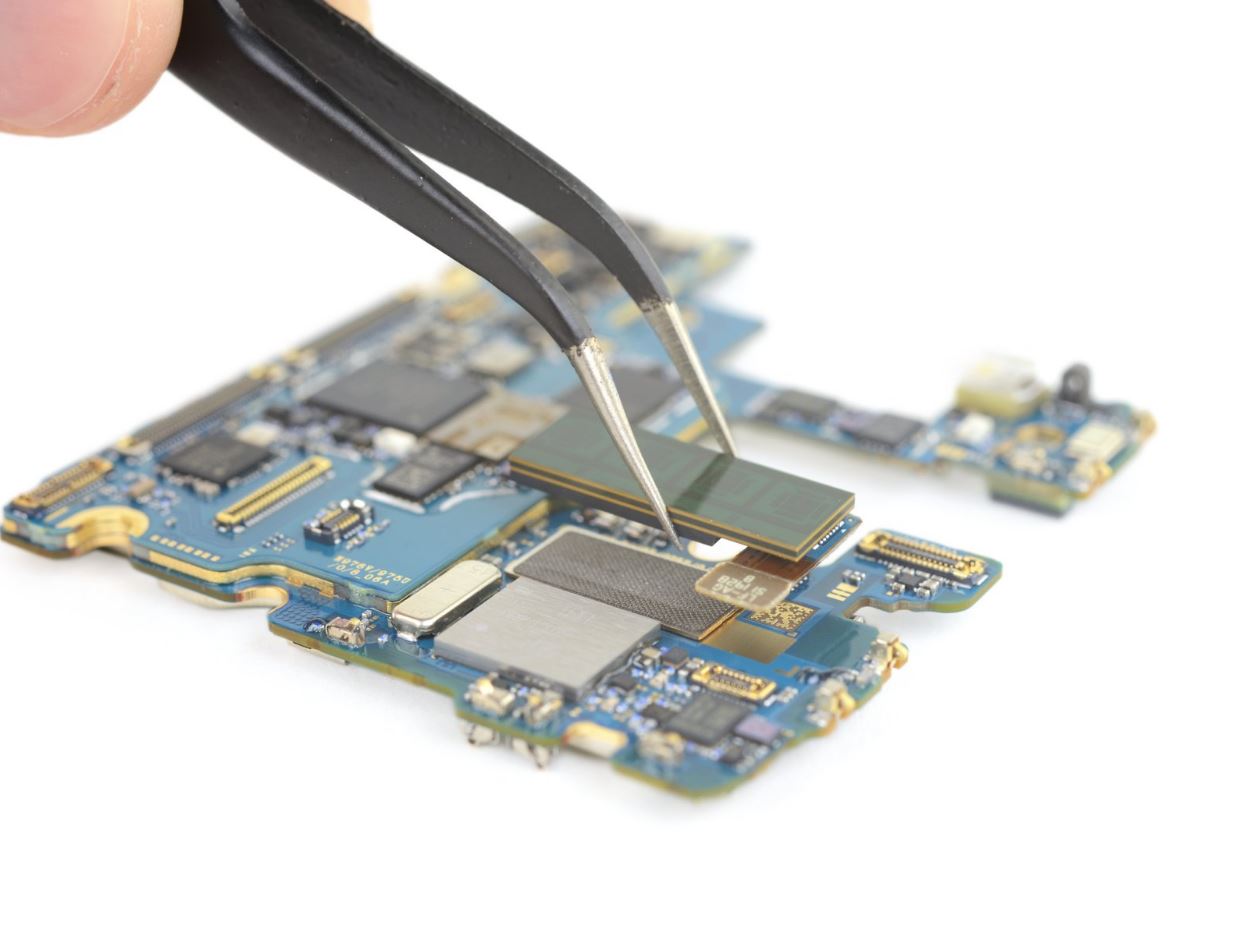 Speaking of the battery, getting this 16.56Wh beast out of its housing seems to be no small task, as it’s held in place by even more glue. Once it’s free, though, iFixit can remove the stacked motherboard, tear it apart into its separate boards, and take a look at the chips that are on it. One standout is Qualcomm’s QTM052 mmWave antenna, which works alongside Qualcomm’s X50 5G modem. There’s a lot installed on these stacked motherboards, including 12GB of RAM from Samsung and Qualcomm’s Snapdragon 855. 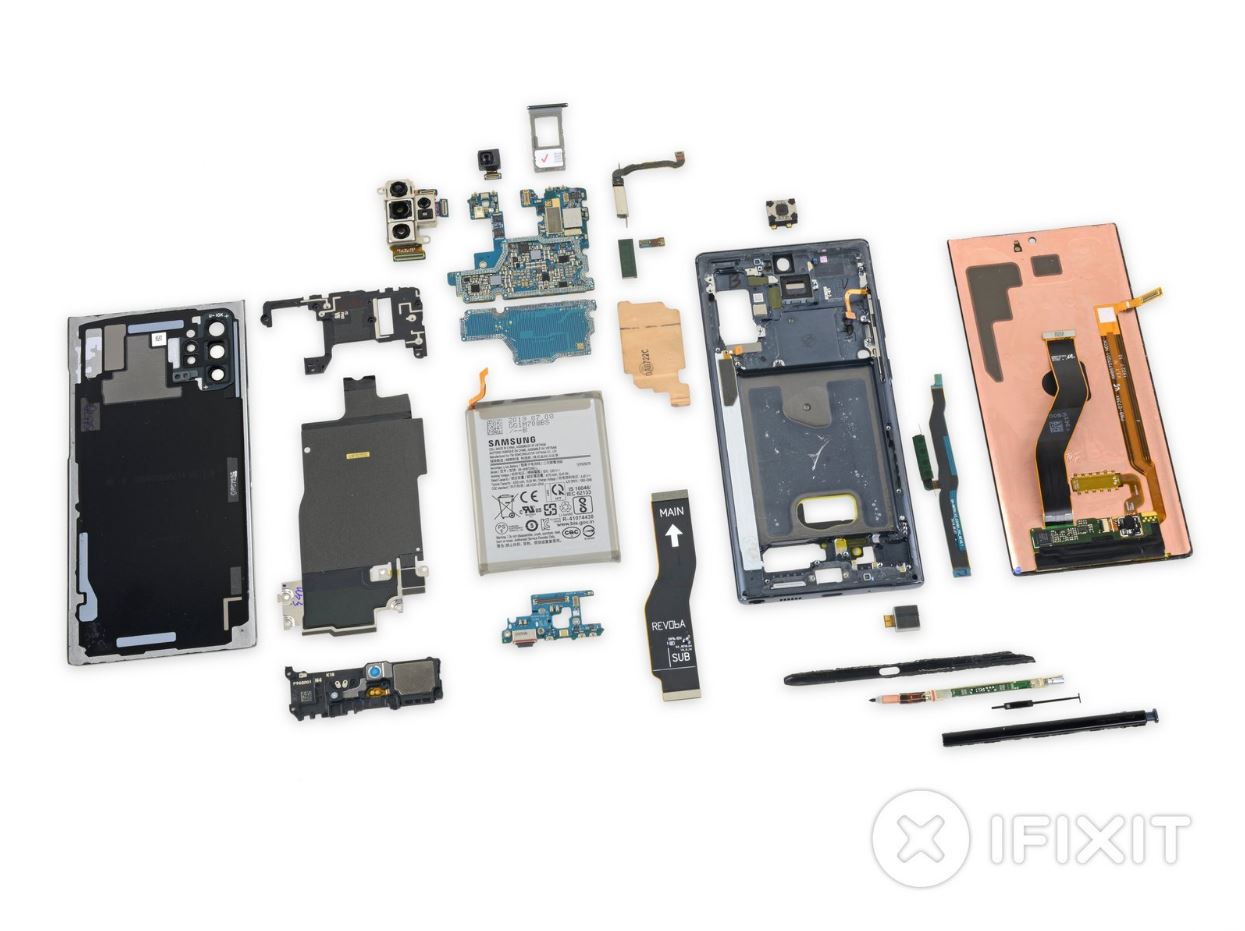 iFixit also tore down the Galaxy Note 10+ 5G’s new S-Pen and discovered a chip labeled SP912 lurking within. It’s unknown what precisely this is, but the assumption is that it’s the 6-axis sensor that grants the S-Pen its gesture functionality.

In the end, iFixit gave the Galaxy Note 10+ 5G a repairability score of 3 out of 10, which isn’t great by any stretch. The phone earned points for the fact that all of the screws it uses are of the Philips variety and because the phone uses a lot of modular hardware. However, it lost points because any repair requires removing the back glass cover, with display repairs requiring a full teardown – not great for a common point of failure. Be sure to read through iFixit’s entire teardown of the Galaxy Note 10+ 5G, because as always, it’s well worth a read.