iFixit MacBook Air teardown has a sting in the tail

A week ago today, Apple revealed a new model for the MacBook Air. After years of fielding complaints about the butterfly keyboard seen on many modern MacBooks, Apple finally replaced it with the Magic Keyboard from the 16-inch MacBook Pro. As with all new Apple releases, iFixit has gotten its hands on one of these new MacBook Airs and has subjected it to a teardown to see what other new items might be lurking inside the machine.

This iFixit teardown is a bit different than what we’re used to seeing, perhaps because the coronavirus outbreak has prompted many to work from home. Regardless of the reason, iFixit’s teardown was to the point, and it begins with the team celebrating the fact that the troublesome butterfly keyboard mechanism is no more (at least in regards to the MacBook air).

iFixit says that the inside of the new MacBook Air looks “familiar,” though it does point out new additions, such as a larger heatsink over the MacBook’s CPU. Of particular note, however, is the new cable configuration for the trackpad. “Where last year the trackpad cables were trapped under the logic board, they are now free to be disconnected anytime — meaning trackpad removal can happen as soon as the back cover comes off,” iFixit wrote. 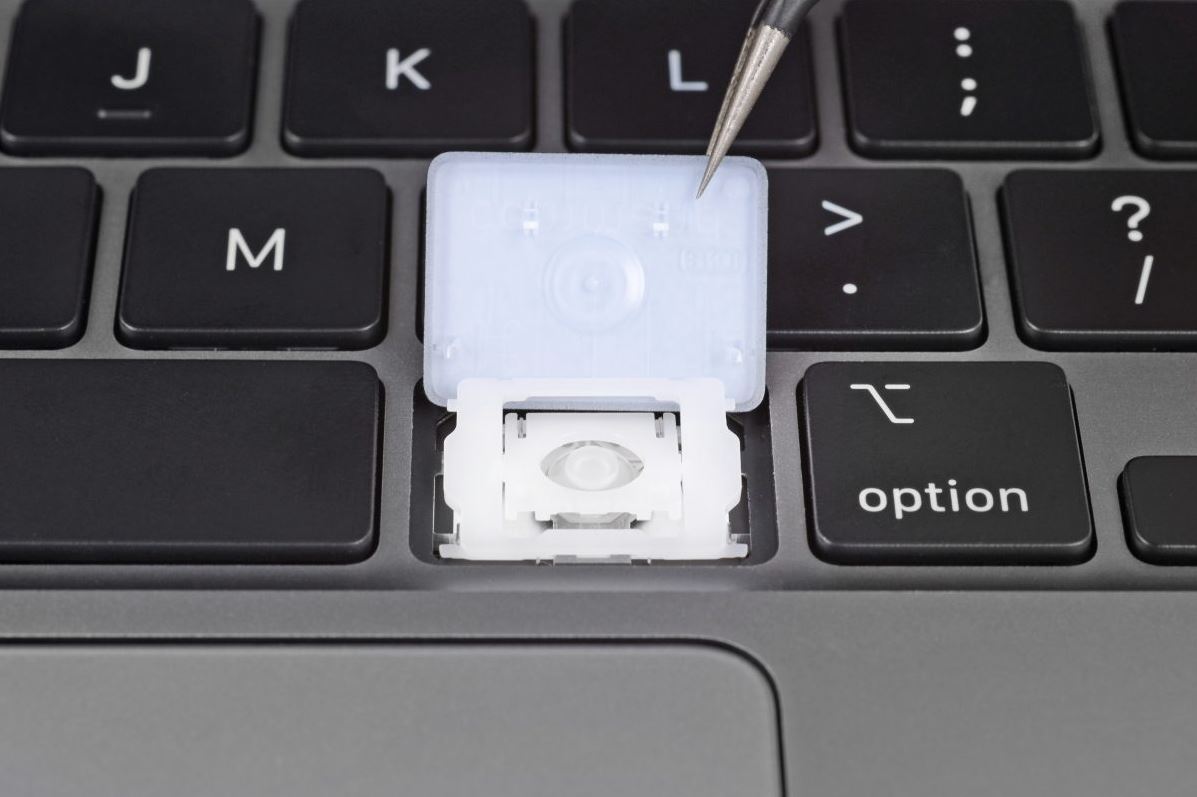 Even better is the fact that you no longer need to remove the logic board into order to perform a battery replacement, so it seems that something as simple as changing cable routing on the trackpad can mean great things for common repairs. The battery (and the speakers, for that matter) are even somewhat easy to remove since they’re held in place by pull-tab adhesive strips – though iFixit would have preferred to see screws instead of glue.

While there was certainly some good news to be found in this teardown, the MacBook Air still has a long way to go before it can be considered DIY-friendly. iFixit gives the laptop a repairability rating of 4 out of 10, praising the new trackpad cable routing and the modular design of some of the components, while taking off points for the fact that the keyboard is still integrated into the top case and the fact that the SSD and RAM are soldered in place. Be sure to head over to iFixit to read through the full teardown, which is certainly worth doing if you’re thinking of buying a new MacBook Air.