In this era of super expensive flagship phones, questions of repairability are more relevant than ever. After all, if you’re going to shell out $900, $1000, or more on these phones, you want them to last as long as possible, which means you might need to make some repairs along the way. A couple of days before the Galaxy S10 is slated to begin shipping out, iFixit has disassembled both it and the Galaxy S10e to determine how repairable each device is. If you’ve been following iFixit’s teardowns of recent flagship devices, you probably already know where this is heading.

In short: things aren’t looking very good for either phone. Getting into both devices was actually pretty simple for iFixit, which reports that the backs panels of both phones came off easily when a little heat was applied. After that, iFixit discovered that the components blocking access to the motherboard are held down by only Philips screws, which is always nice to see. The headphone jack in both phones is even modular, which means it should be fairly easy to replace should the need ever arise. 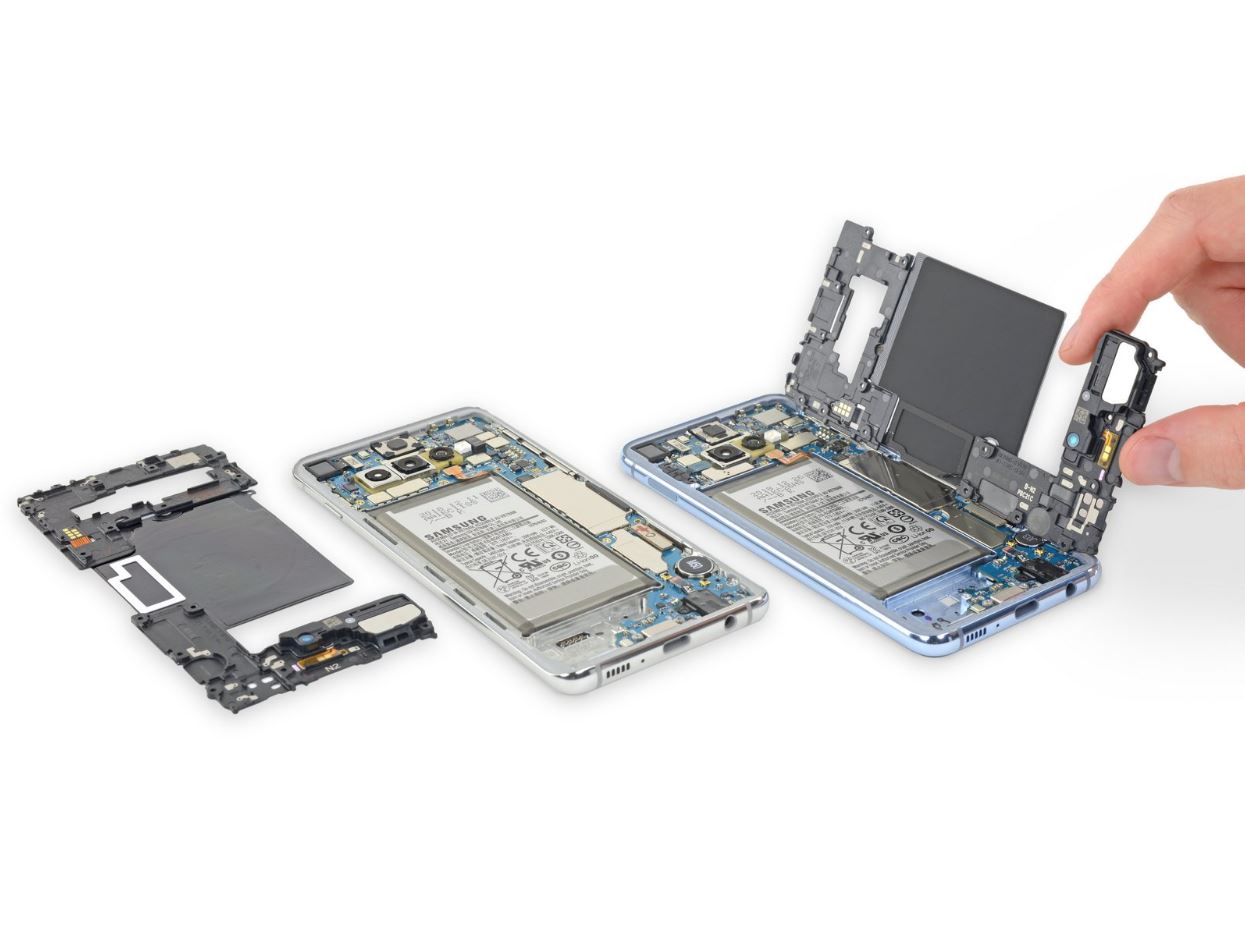 Unfortunately, that seems to be where the good ends. iFixit also discovered that Samsung has soldered the USB-C charging port to the motherboard this time around. This is troublesome, not only because previous Samsung flagships have offered modular USB-C ports, but also due to the simple fact that if something is going to fail as a result of normal use, it’s probably going to be the charging port. Anything that makes replacing the charging port more difficult is a major negative. 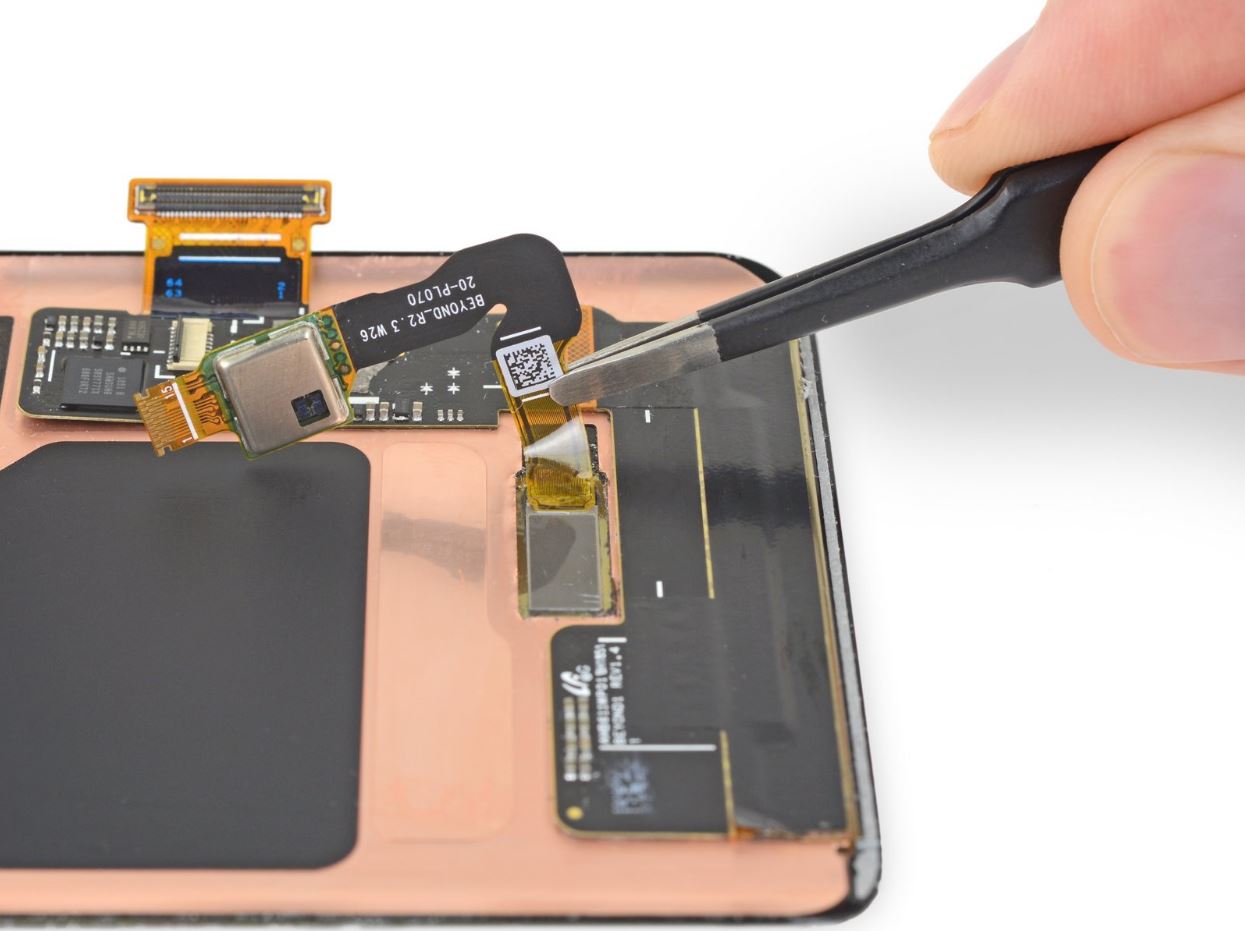 A quick look at the motherboard offers a glance at the Snapdragon 855 SoC that’s running the show, and then it’s onto trying to get those batteries out. In both the S10 and the S10e, the batteries are held in place with a lot of glue, which makes replacing them a difficult task. iFixit also found that the ultrasonic fingerprint reader on the standard S10 is firmly attached to the display, so if that goes, it’s likely you’ll need to replace the entire display to fix it. 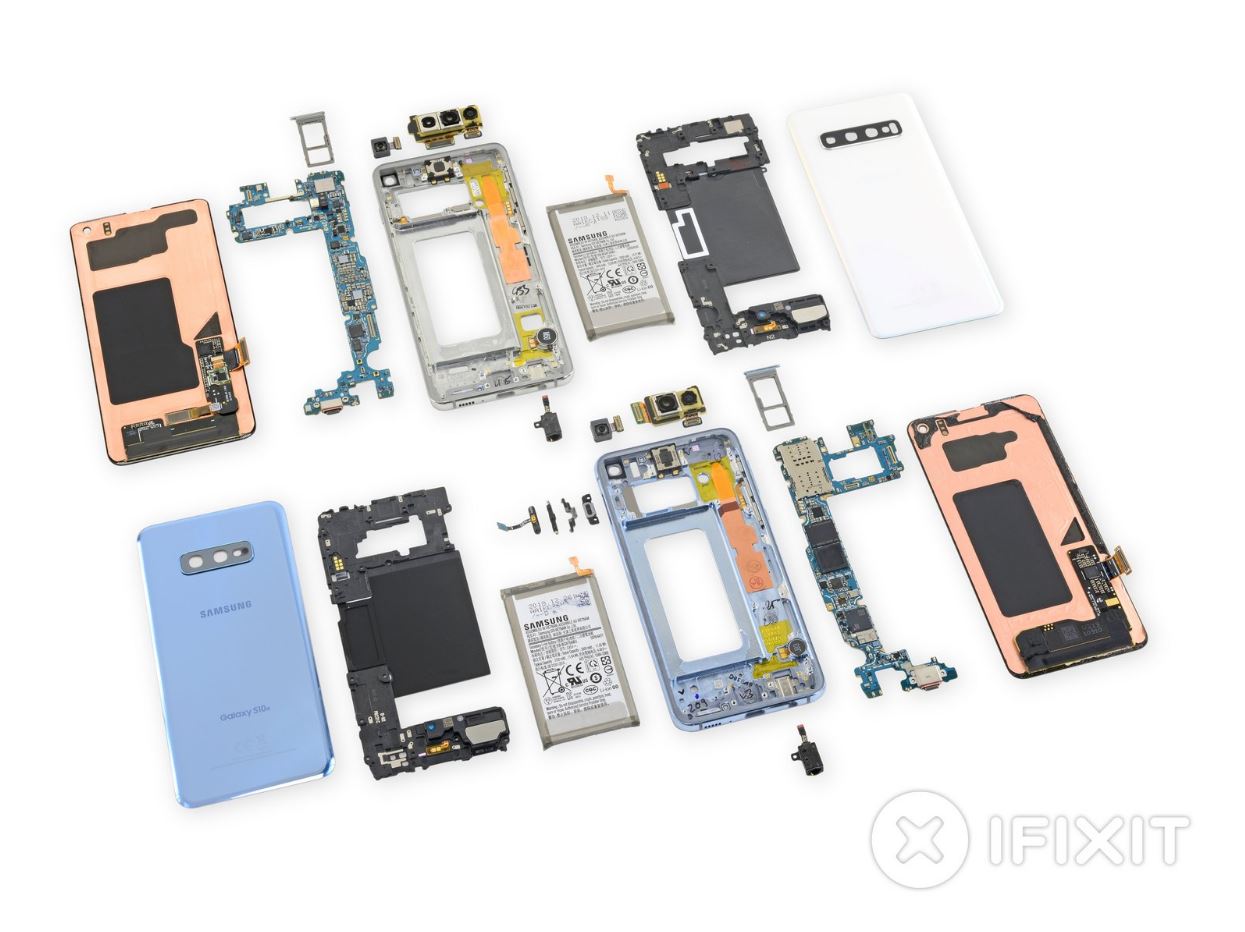 In the end, iFixit gave the Galaxy S10 and S10e a repairability score of 3 out of 10. The hardware savants responsible for tearing down both phones liked the fact that all of the screws were standard Philips screws, but worried that display replacement will be a tricky job. Both phones also lost points for their difficult-to-remove batteries, along with the glued-down glass panels on the front and back, which makes cracking these phones open a risky endeavor. Be sure to read through iFixit’s full teardown, as it’s definitely worth a read for anyone considering either of these two phones.